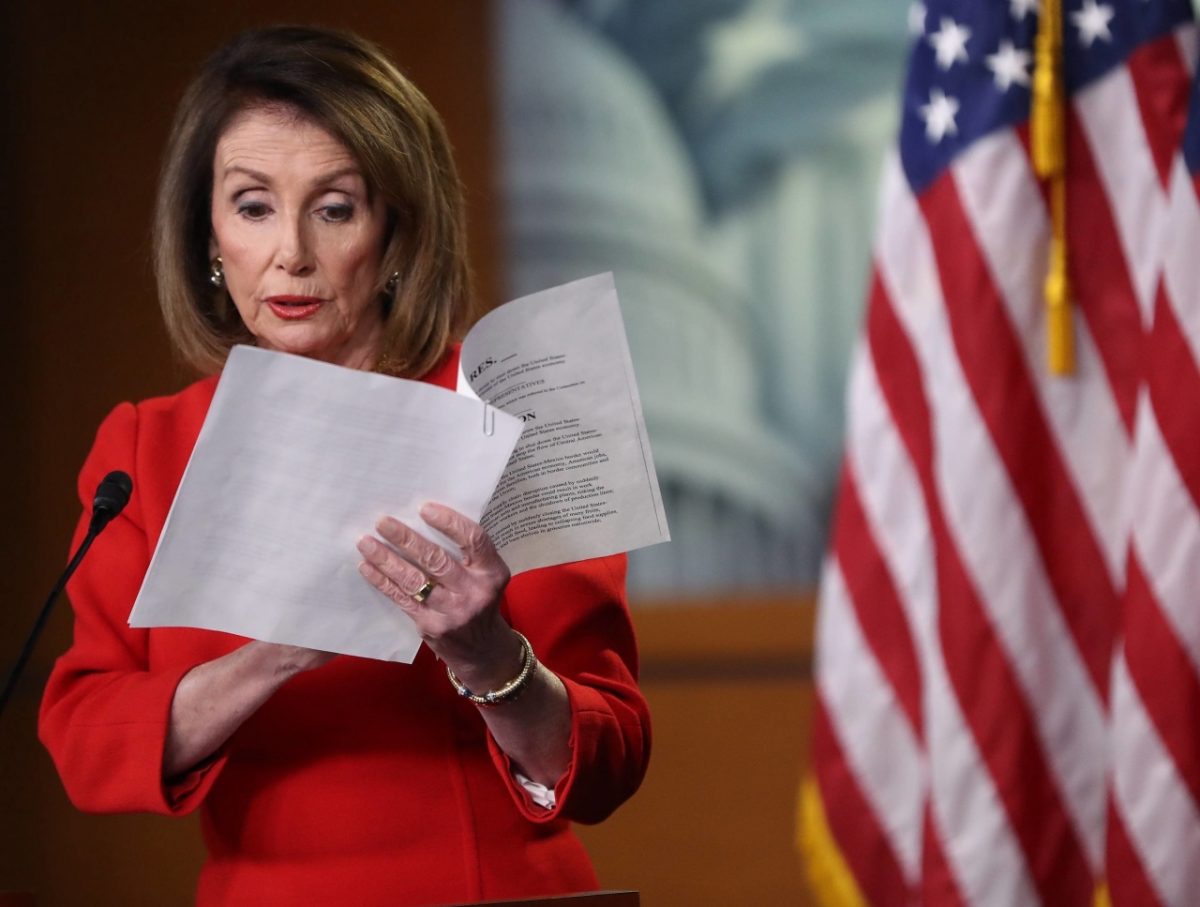 Everyone in the Washington swamp was stunned.

All the insiders expected Nancy Pelosi to emerge victorious in the latest standoff with President Trump.

But Nancy Pelosi just lost this big fight with Donald Trump that upset the apple cart.

House Speaker Nancy Pelosi thought she was on the cusp of another victory.

Democrats and swamp Republicans thought they cobbled together an overwhelming majority to roll Donald Trump on reauthorizing the corrupt FISA law that allowed the Obama administration to spy on his campaign.

But the night before the scheduled vote, the President sent out a tweet insisting Republicans oppose any FISA reauthorization until investigators got to the bottom of the Obamagate scandal.

President Trump wrote that “If the FISA Bill is passed tonight on the House floor, I will quickly VETO it. Our Country has just suffered through the greatest political crime in its history. The massive abuse of FISA was a big part of it!”

Republicans had no choice but to immediately fall in line after President Trump called them out.

That destroyed any chance of Pelosi ramming FISA reauthorization through Congress.

Pelosi admitted a humiliating defeat in a letter to her colleagues announcing that she was pulling the bill.

“Clearly, because House Republicans have prioritized politics over our national security, we will no longer have a bipartisan veto-proof majority. Therefore, as Leader Hoyer just announced, we will no longer be voting on the FISA bill today,” Pelosi wrote in her letter.

The President wrote, “Thank you to our GREAT Republican Congressmen & Congresswomen on your incredibly important blockage last night of a FISA Bill that would just perpetuate the abuse that produced the Greatest Political Crime In the History of the U.S., the Russian Witch-Hunt. Fantastic Job!”

Ohio Congressman Jim Jordan – and former chair of the House Freedom Caucus and a top Trump ally – explained that Republicans opposed the bill.

“We want to make sure it’s not abused like it’s obviously been abused,” Congressman Jim Jordan told the press. “You don’t have the votes because we need more work done on this to correct it.”

The last four years proved the FISA process was corrupted by the political whims of the Obama administration and its Deep State allies.

The Obama administration and James Comey’s FBI fed the FISA court a load of baloney from the Christopher Steele dossier about Page colluding with the Russians during the 2016 presidential election.

United States Attorney John Durham is conducting a criminal investigation into the origins of the Russian collusion hoax.

Until that report is complete and the guilty are held accountable, Congress cannot know the depths of reforms to the FISA process that are necessary.