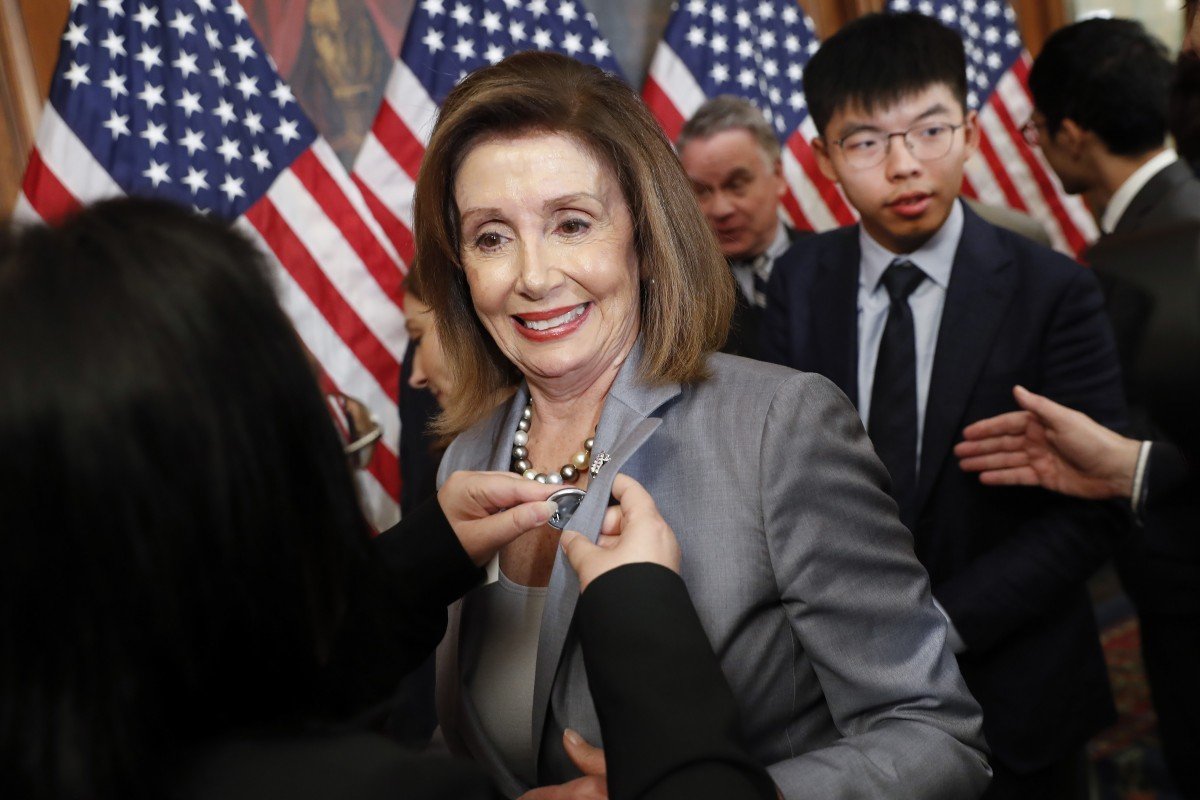 Democrats are quickly realizing they bit off way more they could chew.

Adam Schiff’s Stalinist show trials flamed out as the Democrats star witnesses were forced to admit they could not name one impeachable offense committed by President Trump.

And then Nancy Pelosi instantly regretted challenging Trump with this impeachment threat.

When Obama took out Osama bin Laden, the left and the right came together to praise him for leading a mission that rid the world of a mass murderer who targeted civilians in his terrorist attacks.

There are many other things that Obama got wrong but this was something that that he did that for a moment united all Americans.

But the Democrats nowadays have painted a picture of Trump that is so evil that they can’t admit that he does anything good.

It should not be controversial that Trump led a mission that killed the ISIS leader Abu Bakr al-Baghdadi.

He led ISIS which has led international attacks against Western nations, committed genocide, mass rape and oppression of women.

Bakr al-Baghdadi was human scum that took an American citizen and humanitarian worker, Kayla Mueller, and made her into his own personal sex slave.

Even in his death Bakr al-Baghdadi was a coward who murdered his three children with his suicide vest rather than face capture.

But because Donald Trump was the one who gets the credit, the left is doing all it can to discredit the attack.

How dare they pretend to be a source of journalism when they publish such disgusting filthy lies.

And Nancy Pelosi has been no better.

She is complaining that she should have been informed of the attack in advance.

“The House must be briefed on this raid, which the Russians but not top Congressional Leadership were notified of in advance, and on the Administration’s overall strategy in the region,” she said in a released statement on Sunday.

But why should Trump trust her not to place brave members of the military in danger if it would further her political goals?

When Mike Pence was asked about it, he gave a clear answer.

“I think from the time we got actionable intelligence, the president’s total focus here was on a successful mission and the safety of American troops,” Pence said in an interview during Fox News Sunday.

And as the leader of the armed forces, Trump was totally right to place his focus on the safety of the men under him and not playing Nancy Pelosi’s petty politics that are doing nothing to make this country a better place.

Nancy Pelosi ended her statement by saying “Our military and allies deserve strong, smart and strategic leadership from Washington.”

But she’s forgetting that Trump provided strong, smart and strategic leadership that stopped one of the worst criminals in the world.

If Nancy Pelosi thinks it’s so problematic for the White House and Congress to keep secrets from each other, why doesn’t she do the impeachment inquiry out in the open?

Do you think that Trump was right to prioritize the lives of our brave men and women in uniform rather than Nancy Pelosi’s feelings?