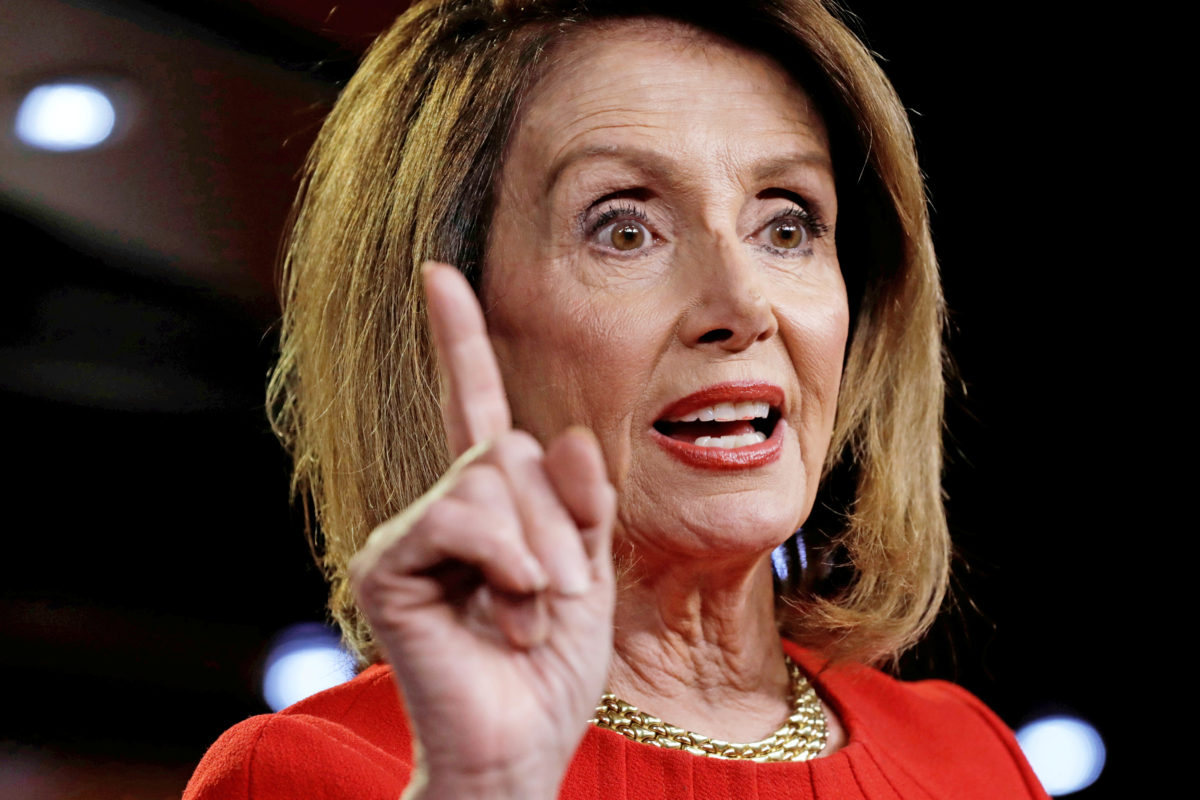 Pelosi and the Democrats bet big on this political fight.

But Nancy Pelosi was humiliated by one defeat she never saw coming.

Nancy Pelosi nearly detonated the bill by parachuting in from vacation at the last minute and demanding a laundry list of socialist goodies.

Democrats did not get all they wanted and Pelosi promised that in the fourth coronavirus rescue bill Congress is expected to take up Democrats would achieve their long sought after policy goals.

“The bill that was passed in the Senate last night and that we will take up tomorrow is about mitigation,” Pelosi told the press. “There’s so many things we didn’t get in any of these bills yet in the way that we need to.”

POLITICO reported that would include a bailout of government union worker pensions writing that, “Some of the things Democrats are pushing for include additional funding for state and local governments to address the rapidly spreading virus; expanding the pool of people who qualify for family and medical leave; more federal dollars for food aid; stronger worker protections for first responders; funding to offset coronavirus treatment costs; and stabilizing pensions.”

In a subsequent appearance on Fox News, Senate Majority Leader Mitch McConnell shot down Pelosi’s demand by flat out rejecting any bailout of government union worker pensions in any Senate legislation.

“Well, we have a pension problem. But it’s not related to the coronavirus. That’s why it’s not in the bill. The emergency bills that we may have to pass in the future need to be related to the subject. And that was a problem here. … So, we’re not going to use these virus relief bills as a way to pass Democratic policy proposals. That’s not what this emergency’s about.”

Government unions make up the backbone of the Democrat Party.

Democrats also depend on government union workers to turn out and vote and provide manpower from ‘get out the vote’ operations.

So it is no surprise that Democrats are looking to bail out the irresponsible taxpayer funded union contracts Big Labor wrangled out of pet politicians.

Speaker Pelosi had to issue a public demand for government union bailouts to keep restless members on the reservation to vote for the relief bill after Pelosi failed to stuff it with all of the left’s socialist wish list items.

But the taxpayers are not a piggybank and many Americans demand that Senate Republicans draw the line at bailing out Democrat Party campaign contributors with public funds.