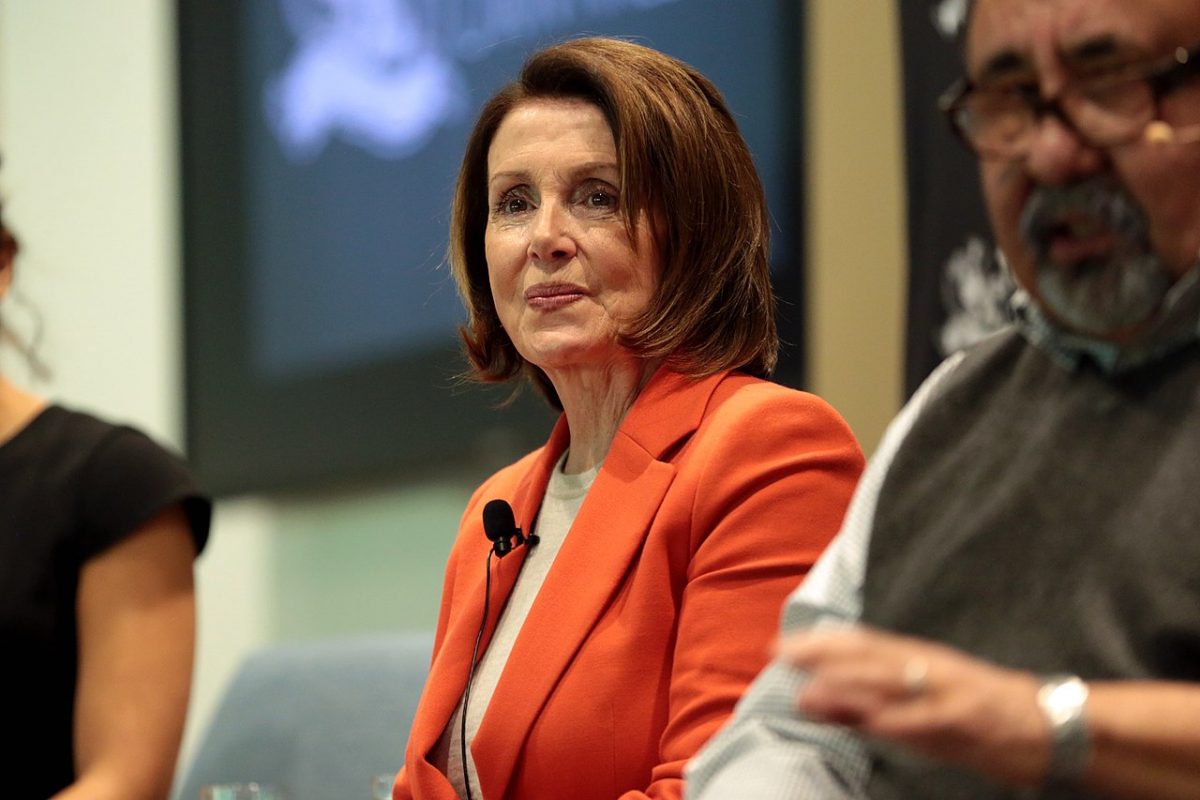 Democrats plan for the coronavirus is just to criticize Donald Trump and see if the worst case scenario comes true.

No American political party has ever made such a bet before.

And Nancy Pelosi made one giant coronavirus mistake that will cost Democrats big time.

Democrats are politicizing the coronavirus because they know trying to scare Americans into a recession is their best path to victory in 2020.

Fake news reporters and top Democrats are lying about the administration’s response and cheering on a massive pandemic because tanking the economy is their only hope of taking away the President’s strongest argument for re-election.

Nancy Pelosi put that strategy into motion when during her weekly press conference, Pelosi falsely labeled the administration’s response “chaotic.”

“Up until now, the Trump administration has offered an opaque and chaotic response to this outbreak. They left critical positions vacant in charge of handling pandemics at the national security council also on the Department of Homeland Security. They left them vacant. They dismissed the people and never filled the spots. They were there from previous administrations,” Pelosi began.

Pelosi then repeated the lie that that President cut funding to fight pandemics.

“The Trump budget calls for slashing almost seven hundred million dollars from the Centers for Diseases Control. And this was the budget which came out after we knew about the coronavirus threat.”

Furthermore, any other proposed cuts were ignored by Congress that fully funded the Centers for Disease Control.

Finally, Pelosi made it clear her only objections to the administration’s response to the coronavirus were rooted in a desire to boost the Democrats’ chances in November.

Pelosi told the fake news that she complained to Vice President Mike Pence that Donald Trump put Pence in charge of the coronavirus response because Pence’s record on abortion did not make him a credible messenger.

On the subject of the president appointing Vice President Mike Pence to lead coronavirus response, Pelosi said, “I spoke with the vice president this morning. I made some of these concerns known to him. We have always had a very candid relationship, and I expressed to him the concerns I had about him being in this position—while I look forward to working with him — about his when he was governor of Indiana slashing the public health budget,” Pelosi hysterically ranted.

Democrats know that the booming economy is Donald Trump’s ace in the hole for re-election.

Pelosi and her allies in the fake news media want to neutralize the roaring economy so they are trying to whip up a false narrative about the coronavirus being Donald Trump’s “Hurricane Katrina.”