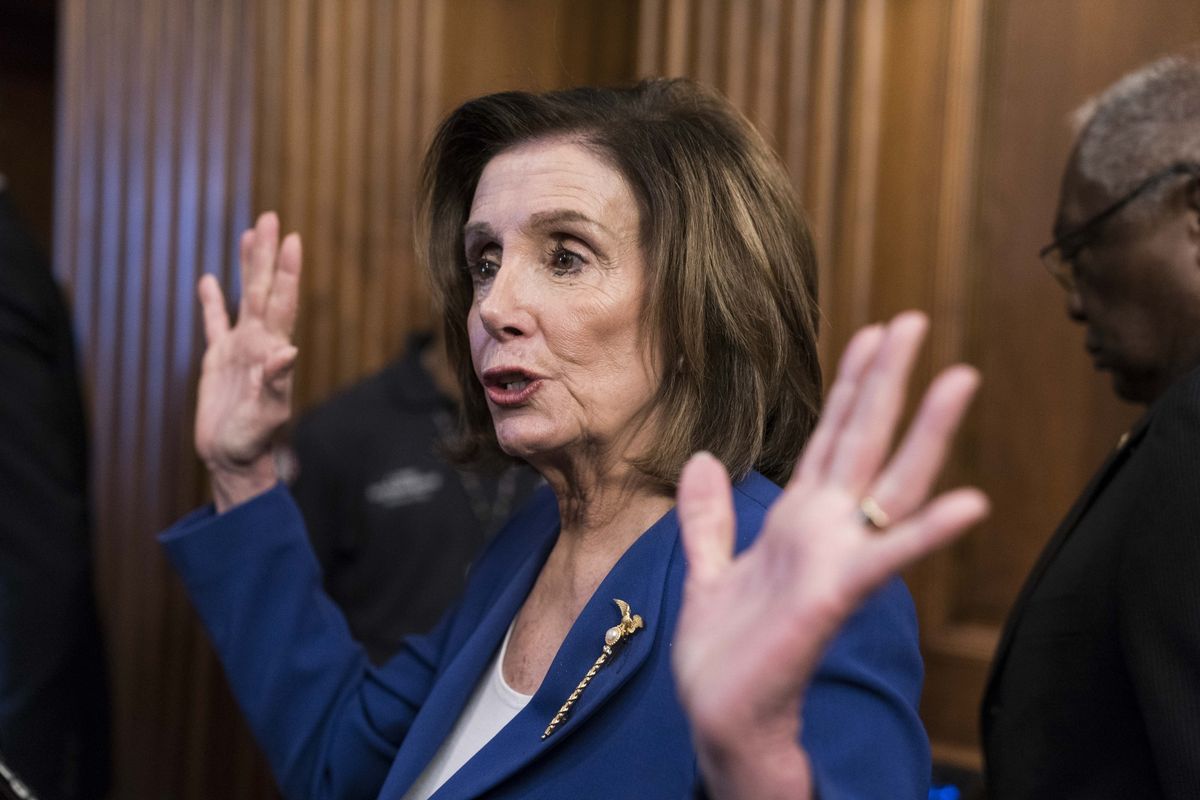 There is no line Nancy Pelosi won’t cross in order to defeat Donald Trump.

Speaker Pelosi made that clear in a recent interview.

Nancy Pelosi went on TV and what she said one criminal act left viewers silenced.

Many foreign governments donated vast amounts of money to the Clinton Foundation.

The kingdom of Saudi Arabia gave over 10 million, Norway gave at least 5 million, and Kuwait, Qatar and Taiwan all gave over one million dollars.

Strangely, after Hillary Clinton lost the election, donations to her non-profit plummeted.

Then there was the Chinese government who gave Hunter Biden’s start-up investment firm a billion dollars to play with while his father was Vice President.

So to claim that the Russians are the only foreign government trying to influence American politics is false.

But Democrats don’t want any focus on the foreign governments that want Joe Biden to win.

Speaker Nancy Pelosi talked at length on Sunday saying that Russia is still a huge security threat to America as the election draws closer.

She admitted that intelligence indicates that China would prefer Joe Biden to win the election, but said China’s threats were “not equivalent.”

“We assess that China prefers that President Trump – whom Beijing sees as unpredictable – does not win reelection. China has been expanding its influence efforts ahead of November 2020 to shape the policy environment in the United States, pressure political figures it views as opposed to China’s interests, and deflect and counter criticism of China,” NCSC Director William Evanina wrote.

Pelosi again tried to dismiss concerns of China meddling in American elections when she appeared on Fox News Sunday.

“They try to blanket it with the Chinese, they said, prefer Biden — we don’t know that, but that’s what they’re saying, but they’re not really getting involved in the presidential election,” she said.

The biggest threat to America’s election this year is the huge expansion of mail-in ballots without proper safeguards in place.

If the Democrats were really worried about election interference, they’d push for more voter security.

Instead, Nancy Pelosi wants mail-in ballots sent to every registered voter in America – while millions of addresses are inaccurate and many people are registered at multiple addresses.

California and Nevada are already planning on sending ballots to every registered voter in their state.

Nationwide mail-in ballots could lead to issues with voting that have never been seen before in American history.

If you want Great American Daily to keep you up to date on any new developments in this ongoing story and other breaking news in politics, please bookmark our site and consider making us your homepage.

And please forward our content with your friends on social media and email.