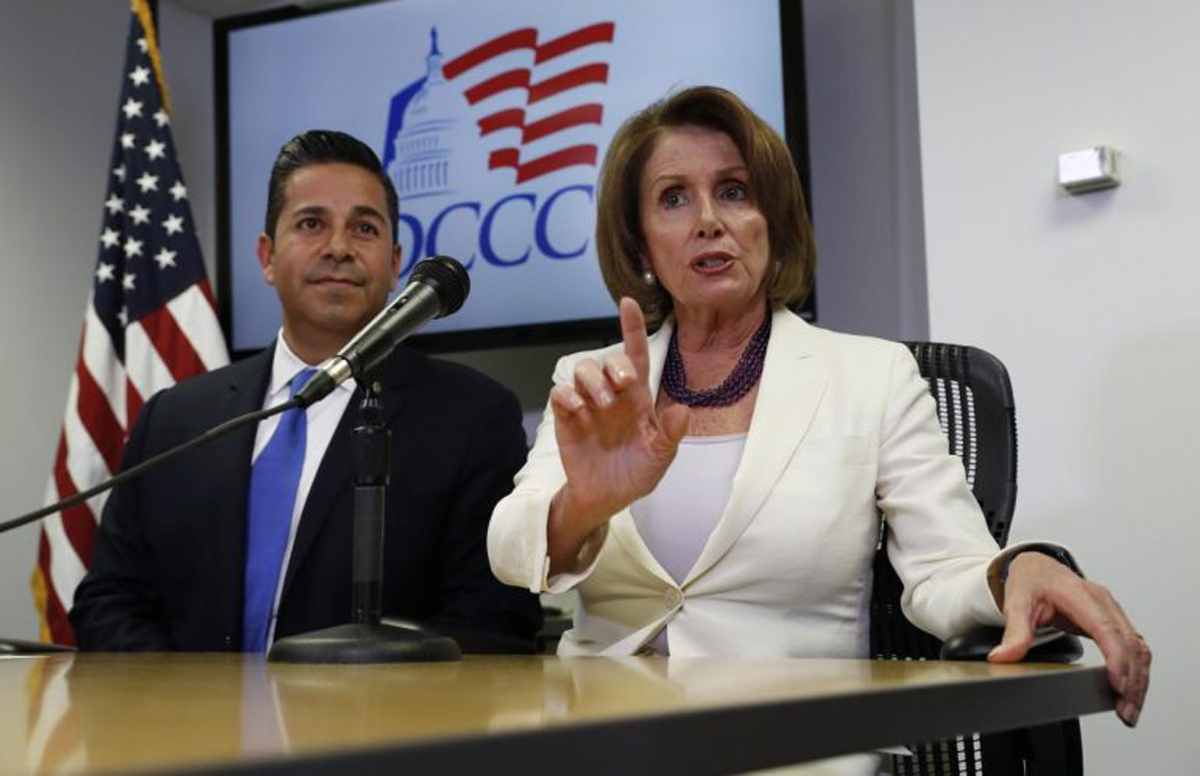 Donald Trump is not out of the woods yet.

Despite Robert Mueller’s investigation imploding Democrats still believe they can force the President from office.

And Nancy Pelosi crossed a red line with an awful new plan to impeach Donald Trump.

Since the day President Trump got into office, Democrats have been trying to force him out.

They have been pushing impeachment constantly, only to fail miserably.

The reason they can’t get anywhere is that House Leadership has never been behind it.

Speaker Nancy Pelosi continues to speak out against impeachment, which makes it virtually impossible to be reality.

But advocates for impeachment just got a major win.

Lujan is a rather unknown Congressman, but he wields a lot of power.

He is the fourth highest-ranking House Democrat, and one of Pelosi’s closest allies.

Not only that, but he is largely considered the person responsible for the Congressional wins of a number of Freshman Representatives.

His support increases the number of Democrats in support to 127, while 108 are still against it.

Among those 108 is Nancy Pelosi.

But with Lujan on board, she may finally back the measure.

And it is very likely that many House Democrats loyal to Lujan will support the measure in the coming days.

His decision to back impeachment is based entirely on Special Counsel Robert Mueller’s discredited investigation into Russia collusion.

“President Trump’s lack of action is jeopardizing our elections, national security, and Democracy,” Lujan said. “Not only has he ignored the warnings that our Democracy is being targeted, but he has also actively encouraged Russian interference.”

Mueller’s report proves that Trump did not collude with Russia.

But because Trump once made a joke, asking Russia to find Hillary’s missing 30,000 emails from her private server, they claim Mueller is wrong.

Of course, the emails Democrats claim come from Russia, uploaded by WikiLeaks, are not those 30,000 emails.

Instead, the emails from Hillary Clinton come from a Freedom of Information Act request.

The rest of the emails that include Hillary Clinton come from a hacker who gained access to the emails of her top ally, John Podesta.

Despite this, Democrats claim that Trump’s joke is evidence of collusion.

But it doesn’t matter how insane their claims are.

Democrats in the current era aren’t sane in any way.

Among the Democrats running for President, the leading one is an old man who can’t seem to remember what state he’s in at any time.

And those below him in the polls support insane measures like socialized medicine, allowing convicted murderers to vote from jail, and giving everybody in America $1,000 a month.

In the Democrat Party, sane policies are hard to come by.

They are so far-left that anybody who doesn’t support their insanity is ostracized by their increasingly radical base.

So while Democrats in office support impeachment, it is unlikely that most of America will back them.

Do you think Democrats will be able to impeach Trump?