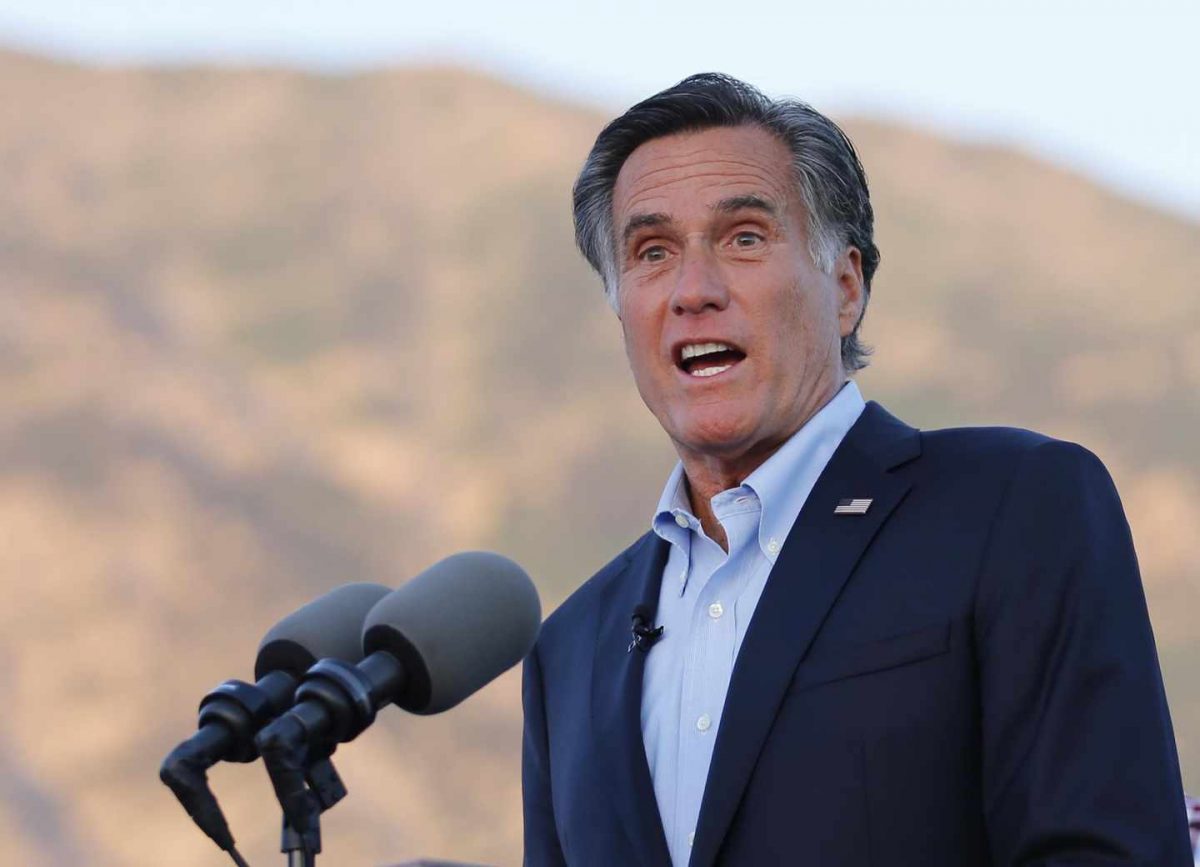 But now Romney may have gone too far,.

That’s because Mitt Romney’s latest betrayal could lead to impeachment.

Donald Trump and his supporters took great pride in pointing out that special counsel Robert Mueller found no evidence of a criminal conspiracy between the Trump campaign and Russia to steal the 2016 Presidential Election.

Mueller did not arrive at that conclusion for a lack of trying.

The special counsel spent over 30 million dollars and hired the most ferocious Democrat prosecutors in America as part of an attempted coup to overthrow the duly elected President.

But not every Republican was pleased Donald Trump emerged from the Mueller investigation unscathed.

Utah Senator Mitt Romney – the political “Godfather” of the Never Trump movement – released a blistering statement ripping President Trump for the allegations of personal – but not legal – misconduct included in the Mueller report.

Romney claimed he was “sickened” by the supposed “lies” that Mueller and his team outlined in the report.

“I am sickened at the extent and pervasiveness of dishonesty and misdirection by individuals in the highest office of the land, including the President. I am also appalled that, among other things, fellow citizens working in a campaign for president welcomed help from Russia – including information that had been illegally obtained; that none of them acted to inform American law enforcement; and that the campaign was actively promoting Russia’s interests in the Ukraine.” Romney wrote.

“Reading the report is a sobering revelation of how far we have strayed from the aspirations and principles of the founders,” Romney concluded.

The real scandal that Romney glossed over was the content of the Mueller report.

Prosecutors either file charges or they don’t.

Democrats and so-called “reporters” in the fake news media were appalled in 2016 when James Comey rattled off all of Hillary Clinton’s wrongdoings before announcing he would not recommend filing charges against her for sending classified information on an unsecured private email server.

In the Mueller report, the special counsel followed that playbook by concluding he could not bring an obstruction case against the President, but using gossip and unsubstantiated allegations from witnesses to smear President Trump as a conniving, lying criminal mastermind.

Prosecutors do not lay out their case for an individual’s guilt if they are not bringing charges,

That’s because the individual that was under investigation does not have the opportunity to clear their name in court.

What Mueller did was author a character assassination manifesto against the President of the United States.

And anti-Trump RINO Mitt Romney was all too happy to seize on Mueller’s unethical report and slam Trump.

Critics believe Romney’s goal is to depress President Trump’s support among the group of Republicans that may not approve of Trump’s personality, but who voted for him in 2016 because the alternative was Hillary Clinton.

If those voters stay home in 2016 – which Romney would like – the Democrats could win the 2020 election.

That would allow Romney and other establishment RINOs to snatch back control of the GOP from the conservatives and populists that powered Trump to victory in 2016.

Do you think Mitt Romney was out of line for this attack on President Trump?

Let us know your thoughts in the comments section.