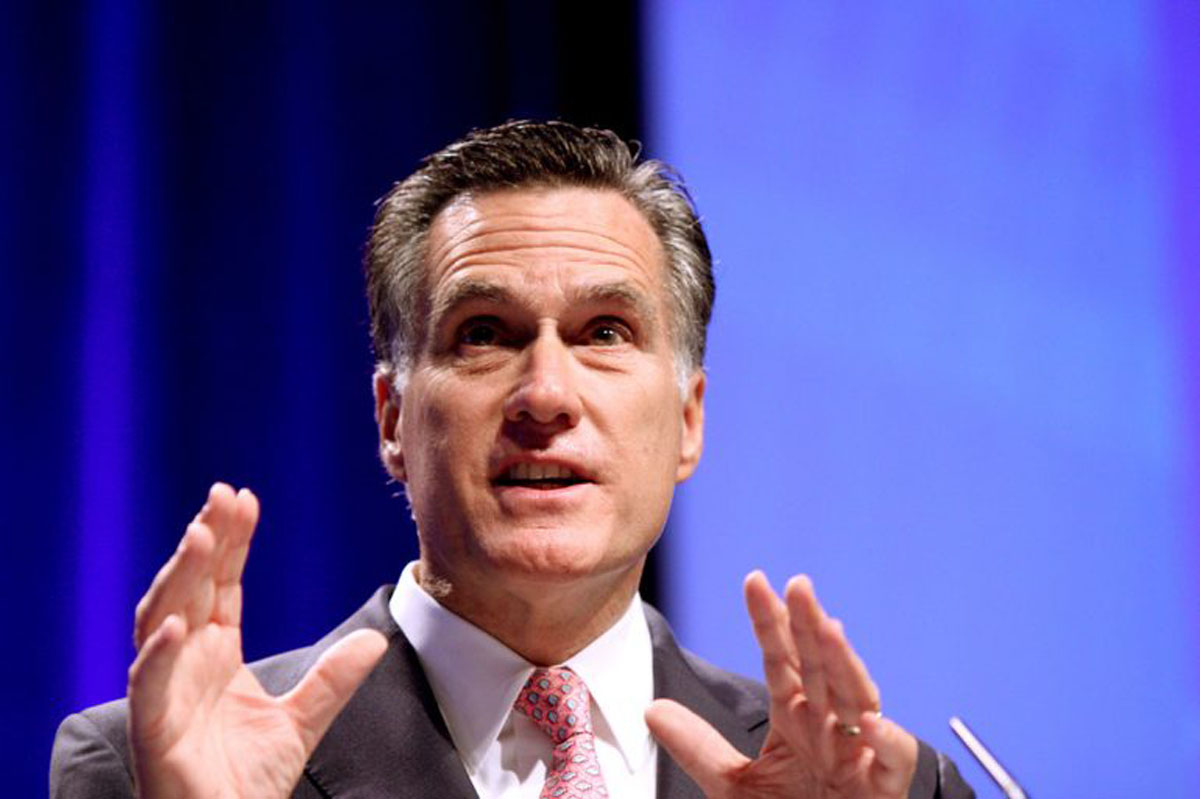 Mitt Romney claims to be a Republican.

That front is getting harder and harder to maintain.

And that’s because Mitt Romney sealed a deal with Joe Biden that had Donald Trump screaming betrayal.

Joe Biden’s legislative agenda crashed up against the rocks.

Republicans filibustered a bill to rig every election in the Democrats’ favor by imposing risky mandates on mail-in balloting and ballot harvesting that invited massive voter fraud.

Democrats’ plans to pass four trillion dollars in Green New Deal and cradle-to-grave socialist welfare states combined with the biggest tax increase in American history stalled out as the party could not unify.

But Mitt Romney and a handful of Republicans stabbed their voters in the back by colluding with Joe Biden and Kamala Harris to create political cover for Democrat Senators Joe Manchin and Kyrsten Sinema to vote for Bernie Sanders’ proposed six-trillion-dollar socialist spending bill by cutting a “deal” in a nearly one-trillion-dollar infrastructure bill that includes $579 billion in new spending.

Romney praised the capitulation at a White House surrender ceremony announcing the deal.

“It’s been years and years, people have been talking about the infrastructure needs of our country. We know that, we recognize a crumbling infrastructure. And this group came together and actually got a job done. I don’t know how far it’s gonna get. I think it’ll get all the way, we’ve got the president behind this group here. But we’re gonna keep working together, we’re not finished, we got other projects to take on. But America works, the Senate works, and we can work together,” Romney said at a White House press gathering.

For his part Biden tried to falsely claim that both sides gave a little.

“We’ll see what happens in the reconciliation bill and the budget process, if we can get some compromise there, and if we can’t, see if I can attract all the Democrats to a position,” Biden began.

“We made serious compromises on both ends,” Biden added. “The Republicans and this group did not wanna go along with any of my Family Plan issues, the child care, tax credits, the human infrastructure that I talk about.”

This is just simply not true.

Now that Manchin and Sinema can sell the fact that Republicans agreed to a bipartisan infrastructure bill, Manchin and Sinema now feel they have the political wiggle room to vote for the three to six-trillion-dollar socialist tax-and-spend bill Bernie Sanders will draft.

Texas Congressman Chip Roy called out this charade and blasted any so-called “Republican” that would support this socialist scheme.

“Under the guise of “bipartisan infrastructure negotiations” a small group of Senators are actually paving the way towards trillions in new taxes and spending. This is a raw deal for the American people and every Republican should reject it, full stop,” Roy wrote on social media.

Mitt Romney opposed Donald Trump claiming that Romney was the keeper of the conservative flame.

But given the first opportunity, Romney stabbed every Republican in the back by assisting Joe Biden and Bernie Sanders in turning America into a socialist nation.