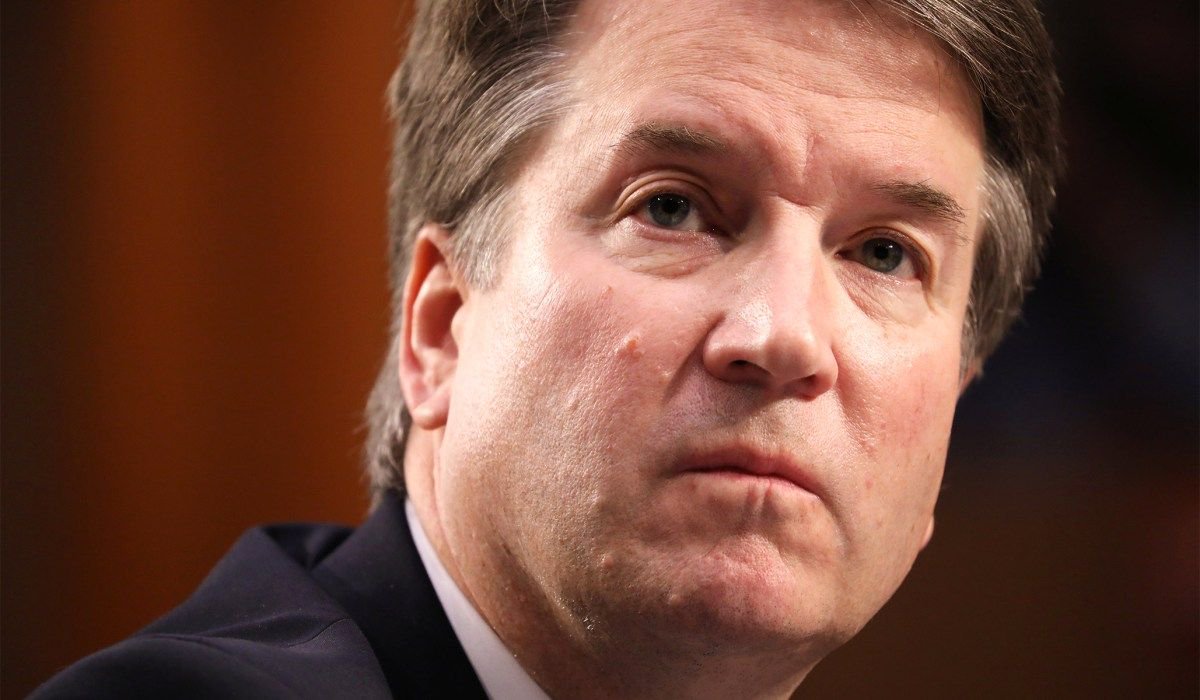 Mitt Romney ran for the Senate to be the leader of the Never Trump movement.

And Mitt Romney pulled one double cross that left Brett Kavanaugh sick to his stomach.

President Trump set a record by seeing over 100 judicial nominees confirmed to the various levels of the judicial branch.

While the Supreme Court attracts all the attention, they only hear a select few cases each year.

In fact, the involved parties file between 7,000 and 8,000 petitions a year to have the Supreme Court grant a writ of certiorari to have their cases heard.

Of that number, the Supreme Court only grants writ to about 150 cases.

That means the judges on the Federal District and Circuit Court of Appeals have the final word on the vast majority of cases every year.

President Trump sought to continue reshaping the federal judiciary with conservatives who would interpret the Constitution as the Founders intended by nominating Michael Truncale to the bench in the Eastern District of Texas.

Truncale barely survived his confirmation vote by a 49 to 48 count, despite Republicans holding a six-seat majority.

Utah RINO Mitt Romney was the one Republican to vote against Truncale.

Had more Democrats been present for the vote, Truncale’s nomination would have failed.

Romney weakly explained this act of treason by claiming he voted against Truncale to uphold the honor of former President Barack Obama.

That’s because, in 2011, Truncale called Obama an “un-American imposter.”

Truncale stated he was “merely expressing frustration by what I perceived as a lack of overt patriotism on behalf of President Obama.”

Truncale also added that he believed Obama was born in Hawaii and explicitly rejected the “birther” theory that Obama was ineligible to be President because he was born in Kenya.

That wasn’t good enough for the backstabbing RINO traitor Romney.

BUT ALL THAT WASN’T A GOOD ENOUGH EXPLANATION FOR ROMNEY, THE 2012 GOP PRESIDENTIAL NOMINEE.

“HE MADE PARTICULARLY DISPARAGING COMMENTS ABOUT PRESIDENT OBAMA. AND AS THE REPUBLICAN NOMINEE FOR PRESIDENT, I JUST COULDN’T SUBSCRIBE TO THAT IN A FEDERAL JUDGE,” ROMNEY SAID IN A BRIEF INTERVIEW. “THIS WAS NOT A MATTER OF QUALIFICATIONS OR POLITICS. THIS WAS SOMETHING SPECIFICALLY TO THAT ISSUE AS A FORMER NOMINEE OF OUR PARTY.”

When Willard “Mitt” Romney ran for President in 2012, Barack Obama had no concerns about Romney’s honor.

An Obama Super PAC ran a commercial that left viewers with the impression that after Romney and private investment firm Bain Capital bought an Ohio company, Romney personally murdered one of the employee’s wives by giving her cancer.

And then Vice President Joe Biden told black voters that Romney and his running mate Paul Ryan wanted to “put ya’ll back in chains.”

Republicans saw Romney’s pathetic cowardice on the Truncale vote as everything wrong with the establishment Republicans like Mitt Romney and his ilk.

They only reserve their venom for conservatives.