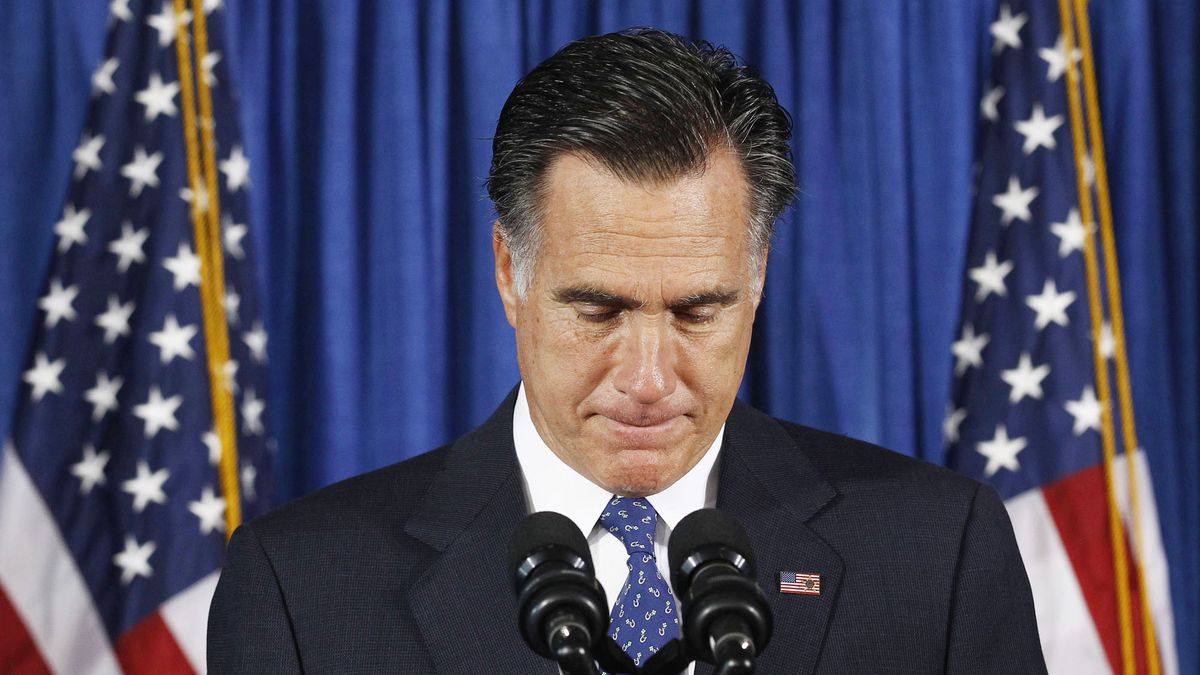 Never Trump Republicans are still working behind the scenes to bring down Donald Trump.

They will not rest until they completely sabotage his Presidency.

Mitt Romney is the “Founding Father” of the Never-Trump movement.

The failed Presidential candidate and RINO politician ran for a Senate seat in Utah to act as the figurehead of the Republican establishment’s “resistance” to President Trump.

Senator Romney’s latest act of showboating came after Elle magazine advice columnist E. Jean Carroll claimed in her sexist book, “What do we need men for? A modest proposal,” that Donald Trump raped her in a Bergdorf Goodman dressing room in 1995 or 1996.

Many Americans believed the accusation was clearly ridiculous – as Carroll’s increasingly strange media interviews made clear – but Senator Romney used the accusation to knife Donald Trump in the back.

“It’s a very serious allegation,” Romney stated. “I hope that it is fully evaluated. The President said it didn’t happen and I certainly hope that’s the case.”

“Whether it’s Congress or whether it’s another setting, I’m not sure,” Romney added.

Many Americans wondered how Romney could look at the given facts and arrive at that conclusion.

Carroll’s claim that Trump raped her at Bergdorf Goodman’s appeared even more questionable after it came to light that she had used the exact same reference in a 1993 answer to a reader in her Elle advice column.

“Dear Snowed Under: Stop flagellating yourself. Gadzooks! At least you have orgasms. And if that isn’t spontaneous sex I don’t know what is. Most women (about 70 percent) experience difficulties climaxing through intercourse alone. So you’re perfectly normal. Begin by reading For Yourself by Dr. Lonnie Barbach. She’ll give you excellent instructions on how to have an orgasm during intercourse. Then after 313 queenhell love-wiggles, move on to Gretta Garbo’s favorite love position – the top. (In erotic scenes, Garbo is always above the man. So are Sharon Stone, Bette Midler and Katherine Hepburn). Indeed, this location works better for women than the fourth floor of Bergdorf’s,” Carroll wrote.

This set off warning bells for many critics that Carroll was recycling an old bit from her writings to frame the President so she could gin up book sales.

In a follow-up interview with Vanity Fair, Carroll described how she sexually harassed former Fox News President Roger Ailes when she worked for him at ‘America’s Talking’ – a predecessor to MSNBC.

“Oh, I did it. Every day I had a chance. I call him the pearl of his sex. Right on the air. I roll up my trouser legs. I would wait for the camera to come over. Then I would slowly pull up the right and then the left trouser leg. It would say Roger Ailes. I would say, “He’s my future husband.” It never stopped. I’d ask him to twirl for me. I adored him,” Carroll stated.

Critics contend Carroll is not a credible accuser.

And Trump supporters believe had Mitt Romney spent even five minutes studying this situation, he would have arrived at the same conclusion.