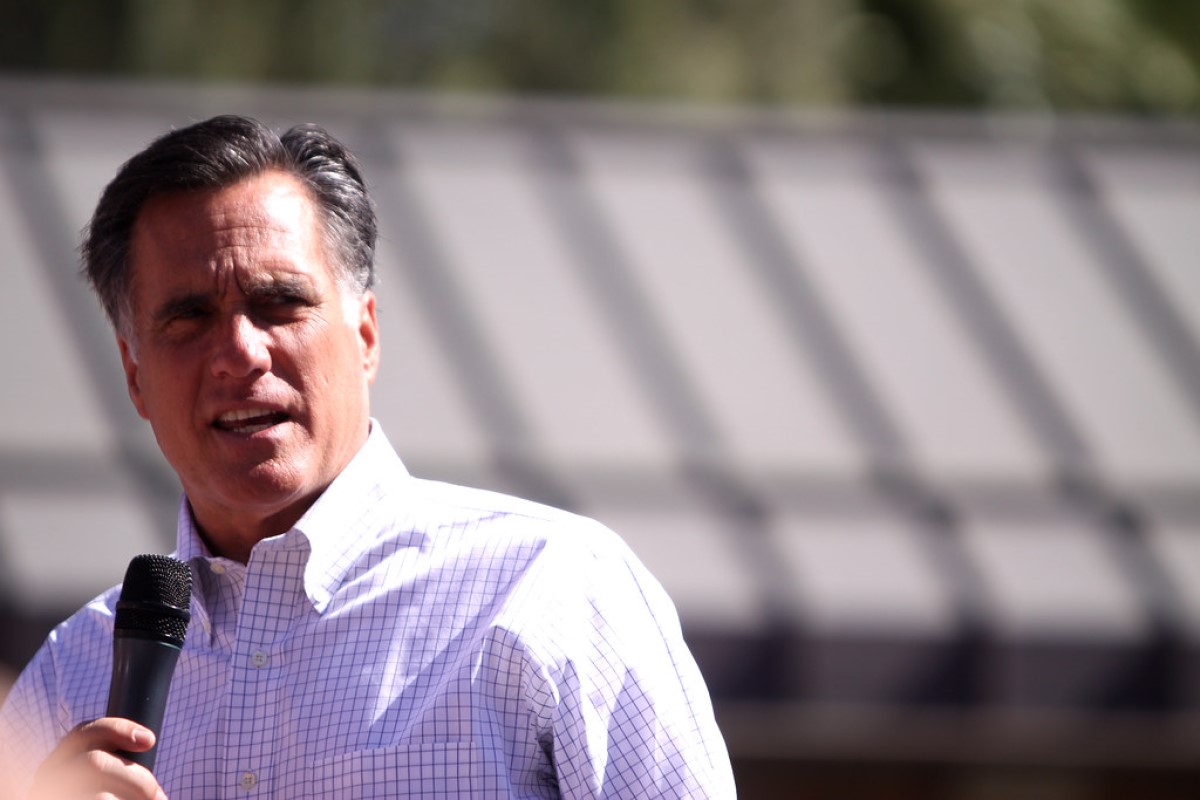 Mitt Romney is one of the biggest RINOs in the U.S. Senate.

Once again Romney is selling out the GOP.

And Mitt Romney stabbed Trump supporters in the back with this deal with CNN.

Gun grabbing Democrats and their allies in the corporate media wait for mass shootings so they can spring their power grabs to gut the Second Amendment on the nation.

Democrats and media activists know the emotional blackmail they wield in the aftermath of a tragedy is the only time they can go on offense in the gun debate.

And anti-gun politicians and their propagandists in the press milk a horror for everything it’s worth.

The gun grabbers count on weak Republicans throwing their voters and their supposed values under the bus to win praise in the media as “reasonable” Republicans willing to compromise away Americans right to defend themselves against criminals.

Utah Senator Mitt Romney is the picture of squish Republicans that folds in every fight with the left.

Romney’s latest surrender to Democrats and the media came when Romney broke the news to CNN that he supported raising the minimum age to buy a rifle from 18 to 21 years old.

Romney is not the only RINO looking to sellout conservatives on gun control.

Red flag confiscation laws allow anti-gun judges to order government agents to barge into homes and seize Americans firearms based on nothing more than rumor, innuendo, gossip, or the fact that the judge just doesn’t like a gun owners politics.

And the worst part is these red flag confiscation laws contain no due process protections as they strip Americans of their second, fourth, firth, and sixth amendment rights.

McConnell is also privately open to raising the age to buy a rifle from 18 to 21.

“The Senate minority leader has personally expressed openness to raising the age for purchases of assault weapons to 21, according to multiple people familiar with the matter. McConnell is not, however, pushing for the inclusion of that proposal in bipartisan gun safety talks currently underway,” POLITICO reports.

Democrats are openly boasting in the press that if Republicans cave a little on guns here they believe they can hammer Republicans into submission on future laws to ban and confiscate even more firearms from the American people.

Mitch McConnell and Mitt Romney tapping out on raising the age to purchase a rifle shows the Democrats are right and Americans Second Amendment rights are up for negotiation.