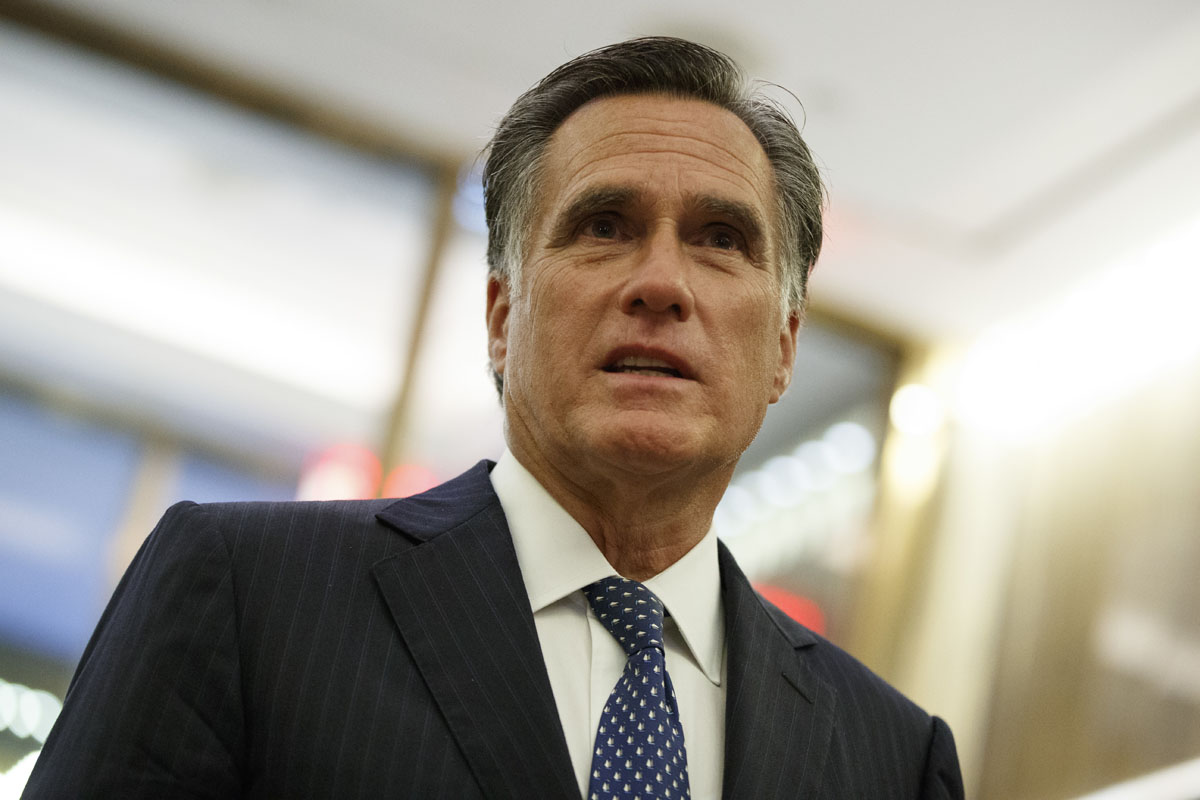 Mitt Romney thought he got away with his vote to convict President Trump on the Democrats hoax articles of impeachment.

But the Never Trump traitor had another thing coming.

Mitt Romney found out some bad news about getting kicked out of office.

When Mitt Romney voted to convict Donald Trump on one of the Democrats’ articles of impeachment, Romney became the first Senator in American history to vote to convict a President of his own party.

Fake news media “reporters” and Democrats hailed Romney as a “profile in courage” and a hero willing to buck his party to “do what was right.”

But rank-and-file Republicans in Utah – the people Romney actually has to answer to – were furious with Romney’s double-cross.

Establishment Republicans scuttled that resolution, but Beckham was undeterred.

“A lot of the people in the party, the Republican Party, as well as people across the state, felt like Sen. Romney misrepresented our support for the president,” Beckham told KUTV in Utah.

Beckham then offered up a resolution supporting the President’s acquittal.

Beckham’s resolution put the Utah GOP “strongly disagrees with the vote cast,” as well as encouraging “all Utah elected Republicans to work with President Trump to implement the conservative policies of the America First agenda that are helping our country succeed.”

That was not the only rebuke Romney faced.

“I think he’s had a vendetta against Trump from the beginning. I think his actions have done significant damage to the party,” Clark added in defending his resolution.

These resolutions make it clear the fake news media narrative that Romney escaped any political consequence back home for his impeachment vote is false.

If anything, the bill will come due for Romney’s treason in 2024.

That is when Romney is up for re-election.

If Donald Trump wins in 2020, it is a virtual certainty that a pro-Trump challenger will run against Romney in the primary.

And no one would be surprised if the President endorsed Romney’s conservative pro-America challenger.

RINO Senators like Bob Corker and Jeff Flake soon found themselves to be ex-Senators after repeatedly challenging Trump by virtue signaling for the fake news media.

They quickly discovered that they could not win re-election as pro-Trump primary challengers were poised to defeat them so Flake and Corker retired rather than suffer a humiliating primary defeat.

These resolutions in Utah show that there is massive grassroots discontent that could force Romney from office.