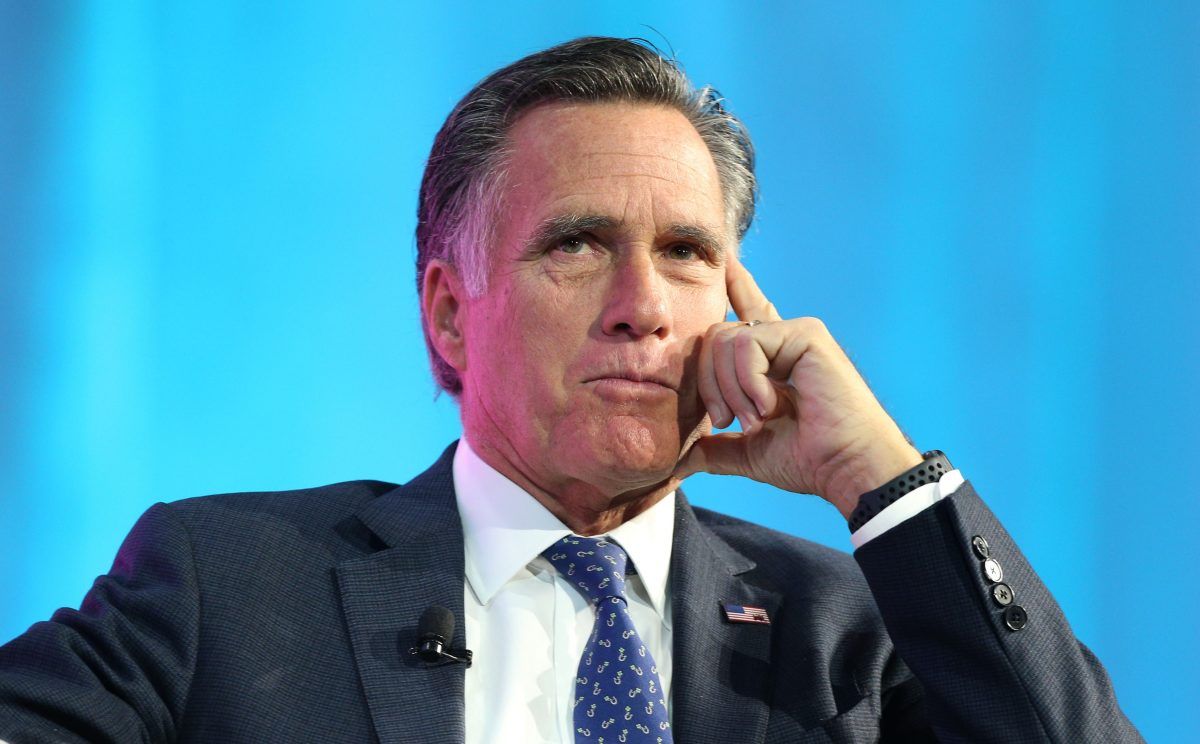 Mitt Romney is the Godfather of the “Never Trump” movement.

Romney ran for the Senate in Utah to act as the Republican establishment’s voice in Washington.

But now Mitt Romney will never show his face in public again after this awful Trump betrayal.

Romney belly-flopped in his two White House bids because the moderate Romney failed to inspire the conservative base.

Romney began his political career as a Massachusetts moderate that grabbed guns, supported abortion on demand and claimed he never supported Ronald Reagan.

Now Romney is working to con voters into thinking he is the conscience of the conservative movement by acting as a referee on Donald Trump’s conduct and policies.

And with Romney safely in office as the junior Senator from Utah, Romney can show his true colors.

Democrats are haranguing Republicans about caving in accepting a ban on private firearm sales and creating a national gun registration database.

But despite claiming to be “Mr. Conservative”, Romney admitted he is a gun grabbing sellout by telling reporters he could support a version of Toomey-Manchin – the 2013 legislation that created a national gun registration database and bans private firearms sales.

“It certainly should be applied to commercial sales and finding a more comprehensive way to make sure that people are in the system that ought to be in the system,” Romney told reporters in Washington.

In an earlier interview with the Desert News in Utah, Romney telegraphed his support for a national gun registration database.

“And I said, Look, there are two things that I’ll do that relate to gun laws at the federal level that I think makes sense at the federal level: One is to make bump stocks illegal. And No. 2 is to improve our background check capacity,” Romney told the Desert News.

That’s because firearms owners vote on that single issue.

Pro-Second Amendment Americans will stay home on election day even if they support building a wall or cutting taxes because if a Republican adopts gun control there is no difference between them and the Democrat on a core issue.

Romney is not president because he failed to understand this simple fact.

Then-candidate Trump pledged to oppose any new gun control and end the assault on the Second Amendment.

Donald Trump’s handling of issues dear to the heart of the conservative base versus Mitt Romney’s explain why Trump is President and Romney is a two-time loser.

And experts believe that if Donald Trump wants to win again in 2020 he would be wise to remember that lesson and ignore RINO traitors like Romney.