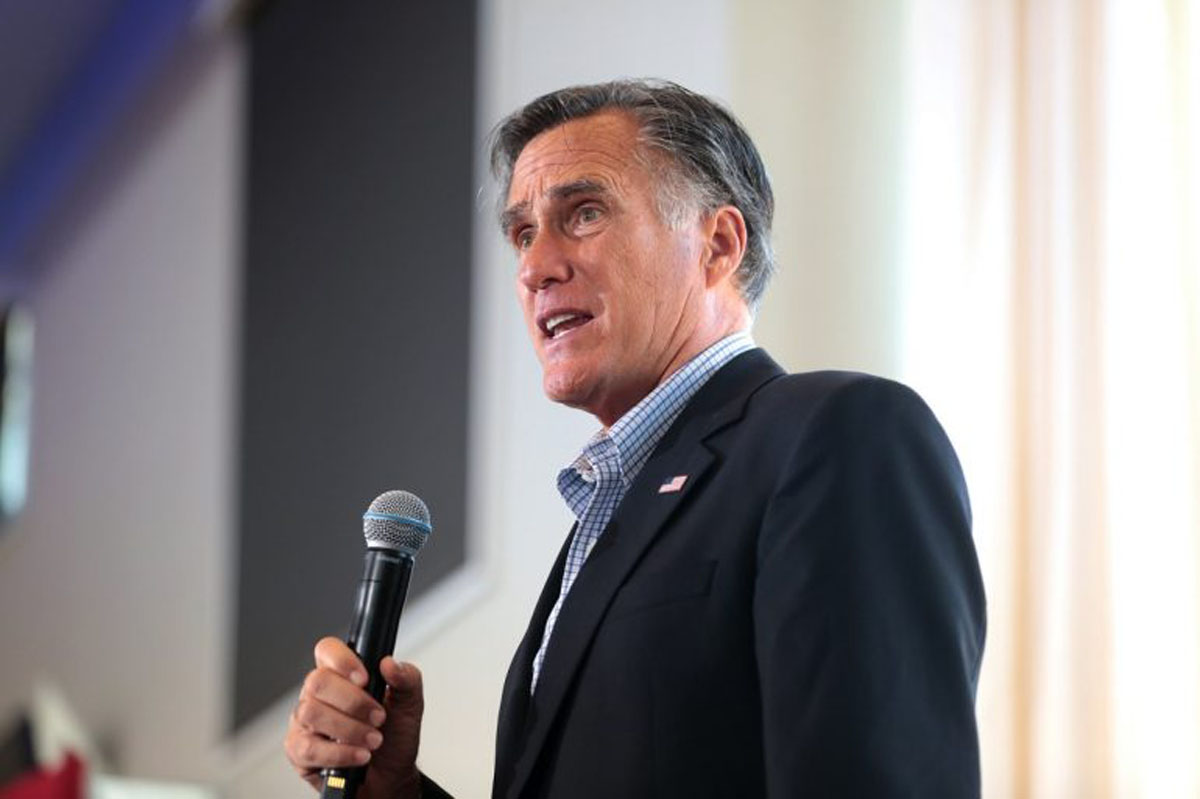 Mitt Romney is the Godfather of the Never Trump movement.

Many Republicans think he should join the Democrat Party.

Joe Biden announced that 10 senators—five Republicans and five Democrats—agreed to a framework on a nearly one-trillion-dollar infrastructure bill.

This was the first move in a two-step dance to passing a six-trillion-dollar socialist spending bill that will impose the largest tax increase in American history while moving the nation one step closer toward a Venezuela-style welfare state.

RINOs like Mitt Romney fell for Biden’s lies that this was a hard “infrastructure” bill.

Biden’s proposal—which Democrats will likely include in a reconciliation package—includes language to destroy the suburbs by permanently turning them into Democrat Party voting strongholds.

Under Biden’s proposal the federal government would blackmail suburban communities to ban zoning for single-family homes and instead build multifamily housing by threatening to withhold grants and tax credits.

Democrats may use their massive “infrastructure” plan to bribe local governments to essentially abolish suburbs, by making grants contingent upon towns and counties allowing apartments in any neighborhood, including those currently limited to single-family homes.

That creates two scenarios, both of which benefit Democrats seeking power: If jurisdictions want to preserve a small-town feel, they must turn down the money, meaning the massive infusion of taxpayer dollars turns into a bonanza for Democratic-dominated cities, while leaving others out.

But Democrats need a “bipartisan” bill to attract the votes of Democrat Senators Kyrsten Sinema and Joe Manchin to pass the multi-trillion socialist bill that could include language destroying whatever Republican strongholds remain in the suburbs.

After Biden announced the Republicans’ foolish capitulation, Romney sounded pleased as punch to drive the final nail in the coffin of communities that supported his failed 2012 presidential candidacy.

“It’s been years and years, people have been talking about the infrastructure needs of our country. We know that, we recognize a crumbling infrastructure. And this group came together and actually got a job done. I don’t know how far it’s gonna get. I think it’ll get all the way, we’ve got the president behind this group here. But we’re gonna keep working together, we’re not finished, we got other projects to take on. But America works, the Senate works, and we can work together,” Romney noted.

Political observers could not understand what Romney and his fellow “Republicans” were thinking.

Romney and the GOP senators provided Biden a fig leaf of bipartisanship that allowed Chuck Schumer to ram a potentially six-trillion-dollar tax and spend bill through the Senate while Republicans got nothing in exchange.