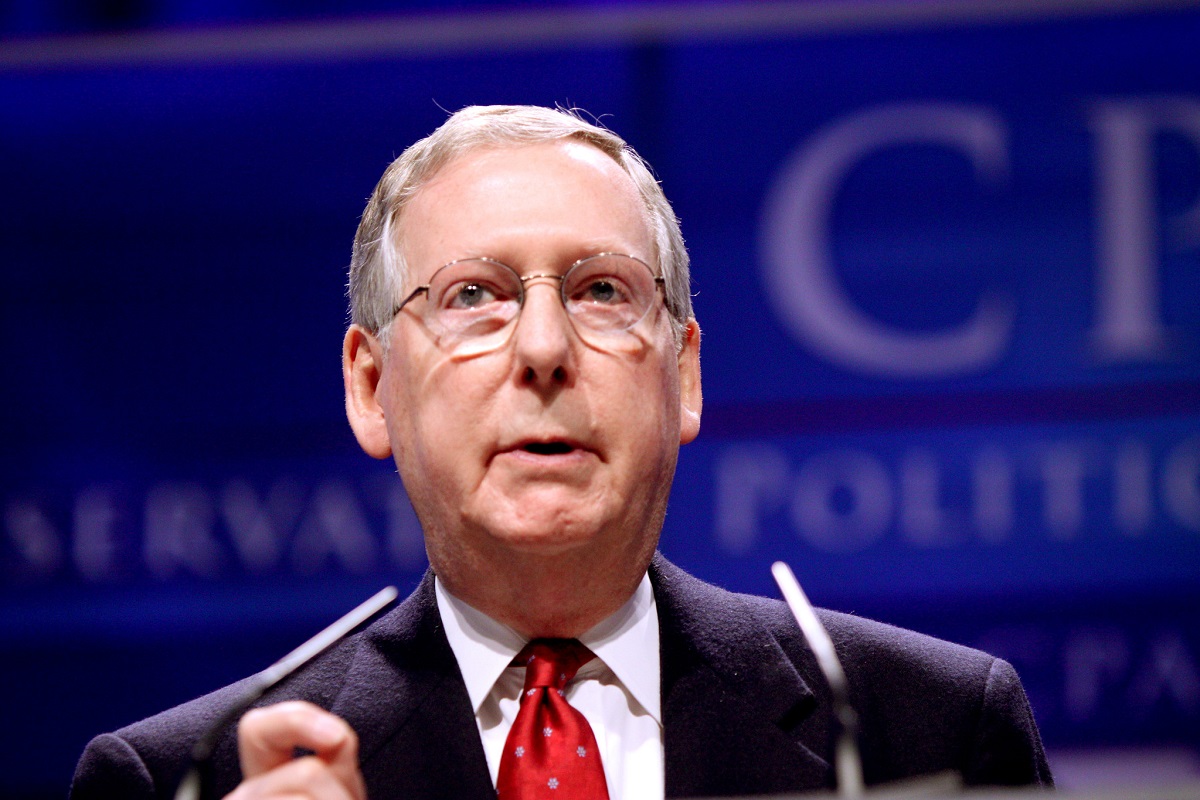 Mitch McConnell is at war with Donald Trump.

McConnell and other establishment Republicans tried to purge Donald Trump from the GOP.

And now Mitch McConnell told Fox News something about Trump no one thought they would ever hear.

“If the president was the party’s nominee would you support him?” Baier asked McConnell.

McConnell made sure he heard the question correctly and then delivered a decisive answer that essentially put any stop to the intra-party GOP feud over Trump’s future.

“The nominee of the party?” McConnell stated he would “absolutely” support Trump if Trump won the GOP nomination.

This was quite a retreat for McConnell who is famous for never picking a fight he already knows going in that he can win.

Back when the Democrats impeached Trump for a second time, McConnell floated the idea of voting to convict Trump, a move that many believed would open the flood gates for the Senate reaching the 67 vote threshold to convict Trump and then voting to ban him from ever holding office again.

McConnell retreated in the face of a grassroots blowback, but even after McConnell voted to acquit Trump, McConnell tried again to exile Trump, claiming Trump bore moral responsibility for the January 6 riot and that Trump’s claims the election was stolen from him stoked the mob.

“There’s no question — none — that President Trump is practically and morally responsible for provoking the events of the day. No question about it.” McConnell added. “The people who stormed this building believed they were acting on the wishes and instructions of their president. And having that belief was a foreseeable consequence of the growing crescendo of false statements, conspiracy theories, and reckless hyperbole which the defeated president kept shouting into the largest megaphone on planet Earth.”

McConnell even suggested that Trump should be jailed for his speech at a January 6 rally before the riot at the Capitol.

Donald Trump immediately struck back labeling McConnell a political loser that would lead the GOP to defeat with McConnell’s “Beltway First” agenda.

“The Republican Party can never again be respected or strong with political ‘leaders’ like Sen. Mitch McConnell at its helm,” Trump’s statement read. “The Democrats and Chuck Schumer play McConnell like a fiddle — they’ve never had it so good — and they want to keep it that way! We know our America First agenda is a winner, not McConnell’s Beltway First agenda or Biden’s America Last.”

Mitch McConnell can read a poll.

Polls show 80 percent of Republicans support Donald Trump and that 75 percent want Trump to play a major role in the party’s future which led McConnell to throw in the towel on his short-lived crusade to purge Trump once he realized you can’t be a leader if no one is following.