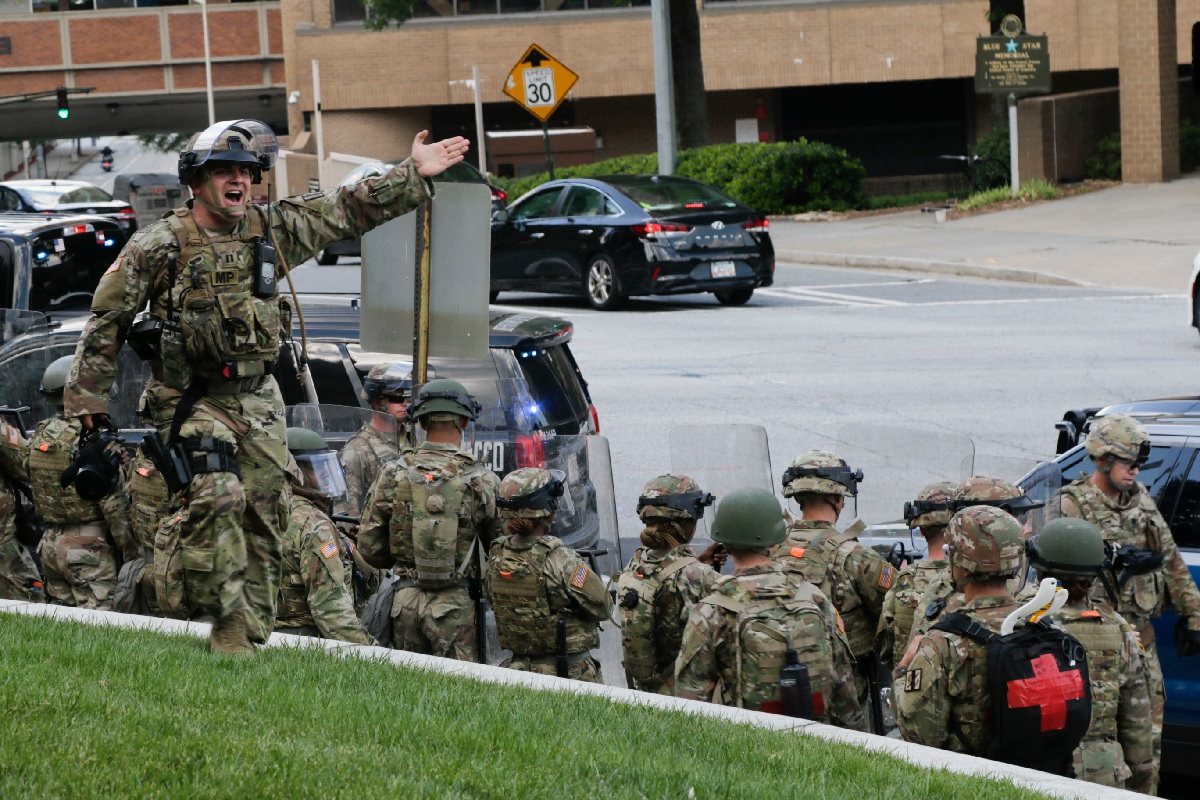 The civil unrest and violence in cities across America is reaching a breaking point.

Americans are demanding a response.

But all hell broke loose when the military got this order to shut down a Black Lives Matter riot.

Black Lives Matter protestors in Atlanta created their own version of Seattle’s Capitol Hill Autonomous Zone near a Wendy’s where a police officer shot and killed Rayshard Brooks following Brooks attacking two officers, stealing a taser and allegedly firing it at one officer’s head.

Protestors agitated in the streets against police and like other Black Lives Matter protests in cities across the country, this one descended into violence.

Over the Fourth of July holiday weekend in Atlanta, there were 11 shootings where 31 people were injured and five were killed, including eight-year-old Secoriea Turner who died after gunmen opened fire on a car driven by her mother and her friend.

Prior to this outbreak of violence, Georgia’s Republican Governor Brian Kemp warned Black Lives Matter that enough was enough.

“This recent trend of lawlessness is outrageous & unacceptable. Georgians, including those in uniform, need to be protected from crime & violence. While we stand ready to assist local leaders in restoring peace & maintaining order, we won’t hesitate to take action without them,” Kemp wrote on social media.

But after criminals gunned down an eight-year-old girl in cold blood, Governor Kemp dropped the hammer by deploying 1,000 National Guard troops to Atlanta.

“Peaceful protests were hijacked by criminals with a dangerous, destructive agenda,” Kemp announced in a statement. “Now, innocent Georgians are being targeted, shot, and left for dead.”

“This lawlessness must be stopped and order restored in our capital city,” Kemp added. “Enough with the tough talk.”

The Guard’s mission would be protecting public property to free up the police to restore law and order to Atlanta’s streets.

Business Insider reported that, “The National Guard members deployed to Atlanta, according to a statement on the executive order, will be responsible for protecting the Georgia State Capitol, Governor’s Mansion, and Georgia Department of Public Safety Headquarters. The latter was vandalized over the weekend.”

Democrat mayors and governors in states like Illinois, New York, Oregon and Pennsylvania are letting a wave of murder and violence overwhelm their cities.

They are afraid to confront Black Lives Matter out of fear of alienating minority and young voters they need to pull off a landslide win in the fall that will hand them not just the presidency, but also the Senate.

Georgia Governor Brian Kemp is not having any of this nonsense.