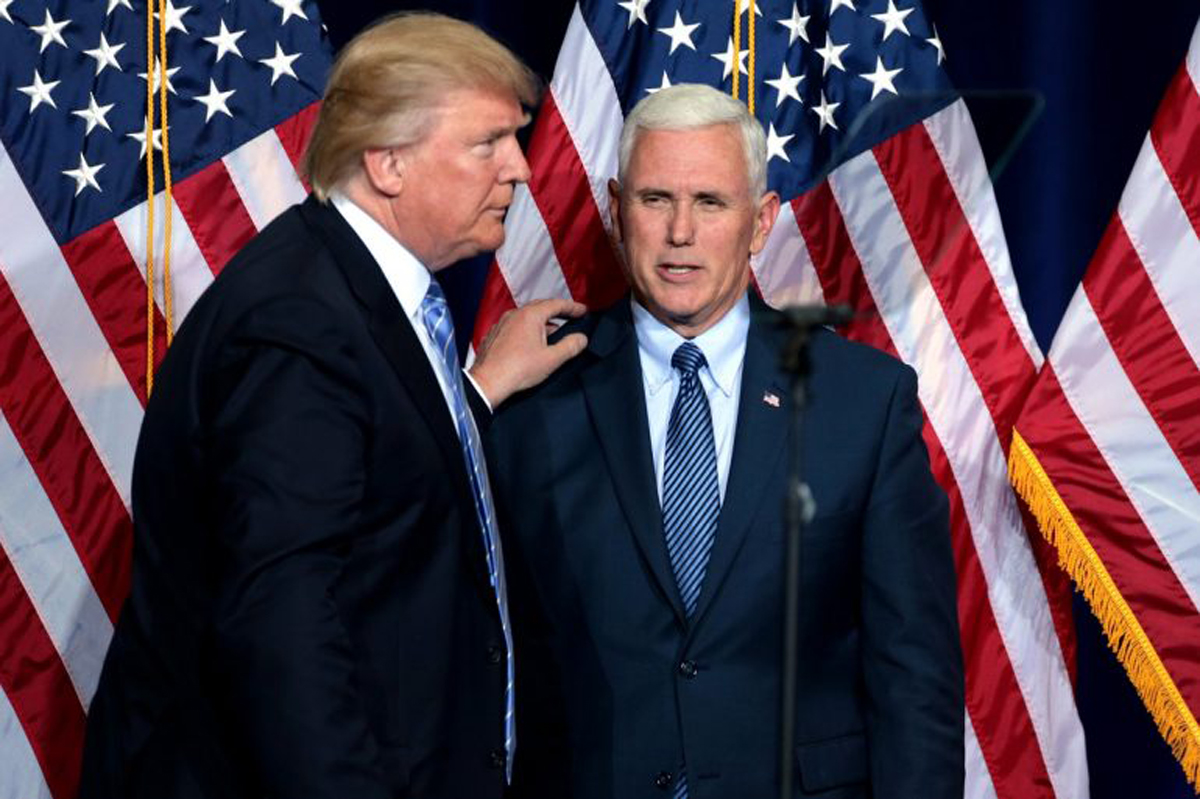 The relationship between Donald Trump and Mike Pence is about to get put to the test.

What happens next could reshape the Republican Party.

Now everyone is nervous because Mike Pence struck this bargain to tell everything he knows about Donald Trump.

Donald Trump is considering a run for president.

But that isn’t stopping Mike Pence from laying the groundwork for his own White House bid in 2024.

Pence made it clear he is running for president with two big announcements.

First, Pence announced the formation of Advancing American Freedom, which will fight the Biden administration’s socialist agenda as well as promote the policies from the Trump administration.

The big picture: After lying low since the inauguration 77 days ago, Pence said the 501(c)(4)’s goals include “promoting traditional conservative values and promoting the successful policies of the Trump administration.”

The group also will “oppose the expansion of government” under the Biden administration.

What was most telling about the group was the group’s advisory board which read like a who’s who of prominent movement conservatives and Trump advisors which included:

Next, Pence announced a seven figure book deal with publisher Simon & Schuster for two books with the first set for release in 2023.

“I am grateful to have the opportunity to tell the story of my life in public service to the American people, from serving in Congress, to the Indiana Governor’s office and as Vice President of the United States,” a statement from Pence read.

The first book will detail Pence’s time in the Trump administration and run through January 20, 2021.

Political reporters will dig through this book because it will be Pence’s first comments on the events on January 6 where President Trump criticized Pence for performing his duty of certifying the results.

Trump and some of his supporters argued that Pence had the authority to reject certified results that they claimed were the result of fraud.

Pence pointed to the Constitution and argued he did not have that authority.

Towards the end of the Trump administration, Pence tried to play the role of establishment caretaker by visiting National Guard troops at the Capitol and attending Biden’s inauguration.

And depending on what Pence says about what took place on January 6, it could fracture his relationship with Donald Trump beyond repair.