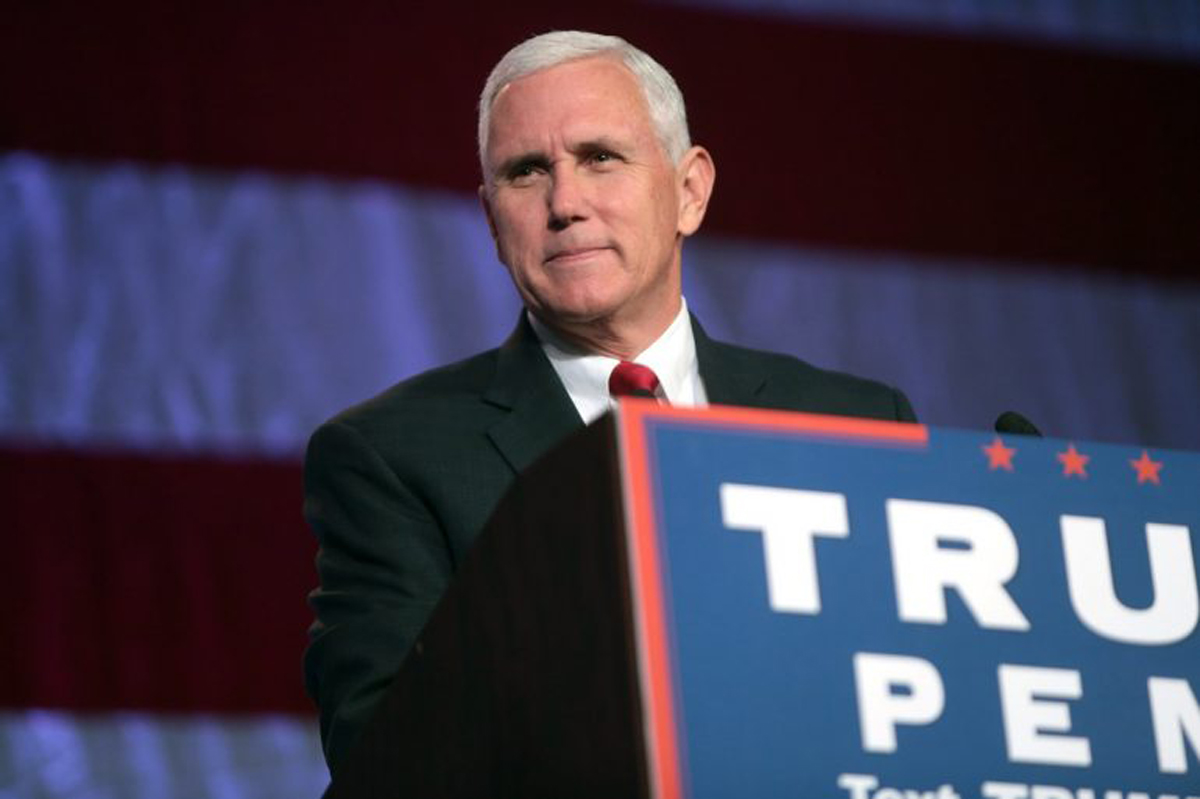 Everyone thinks they know what he is going to do.

But Mike Pence has something up his sleeve that will shock Trump supporters.

Former Vice President Mike Pence is clearly positioning himself for a 2024 presidential campaign.

The latest bread crumb Pence dropped was an op-ed published on Nationalreview.com blasting Joe Biden for creating the crisis in the Middle East where Pence argued the terrorist group Hamas felt emboldened to fire 3,000 rockets at Israel due to what Pence described as Joe Biden’s “weakness.”

Pence laid out the contrast between the chaos now unfolding in the Middle East under Joe Biden to the relative peace and history-making agreements struck under the Trump administration.

“Under the Trump-Pence administration, we made it crystal clear to the world that America stands with Israel. We withdrew from the dangerous Iran nuclear deal brokered by the Obama-Biden administration, which put the world’s leading state sponsor of terror on the path to nuclear weapons while sending pallets of cash to the mullahs in Iran. We acknowledged Israel’s sovereignty over the Golan Heights and the Jewish communities in Judea and Samaria. And President Trump kept the promise made by countless Republican and Democrat politicians by actually following through in moving the American embassy to Jerusalem, the capital of the state of Israel,” Pence wrote.

Pence compared that record to the disaster unfolding just four months into the Biden administration.

“President Biden has emboldened anti-Semitic terrorist groups such as Hamas by shunning Israeli leaders and restoring more than $200 million in aid to the Palestinians that had been canceled by the Trump-Pence administration. He unilaterally took the Iranian-backed Houthis off the list of designated terrorist organizations. And worst of all, he has announced his intention to rejoin the Iran nuclear deal, destabilizing the entire region,” Pence added.

This op-ed drew the outlines of a ‘Pence for President’ campaign strategy in 2024.

Pence will run as the conservative heir to Donald Trump on a platform of comparing and contrasting the successes from Pence’s time in office to the failures caused by Joe Biden’s decisions.

In another time, this may have been enough.

But if Donald Trump does not run for president, Trump has made it clear through statements that he will be hostile to Pence as Trump believed Pence could have sent the Electoral College results back to the states for recertification.

Pence stated that the Constitution gave him no such authority.

The former vice president will lay out the case he was Donald Trump’s loyal second-in-command as the Trump administration built a roaring economy and achieved peace internationally.

However, that may not be enough to keep Donald Trump on the sidelines.