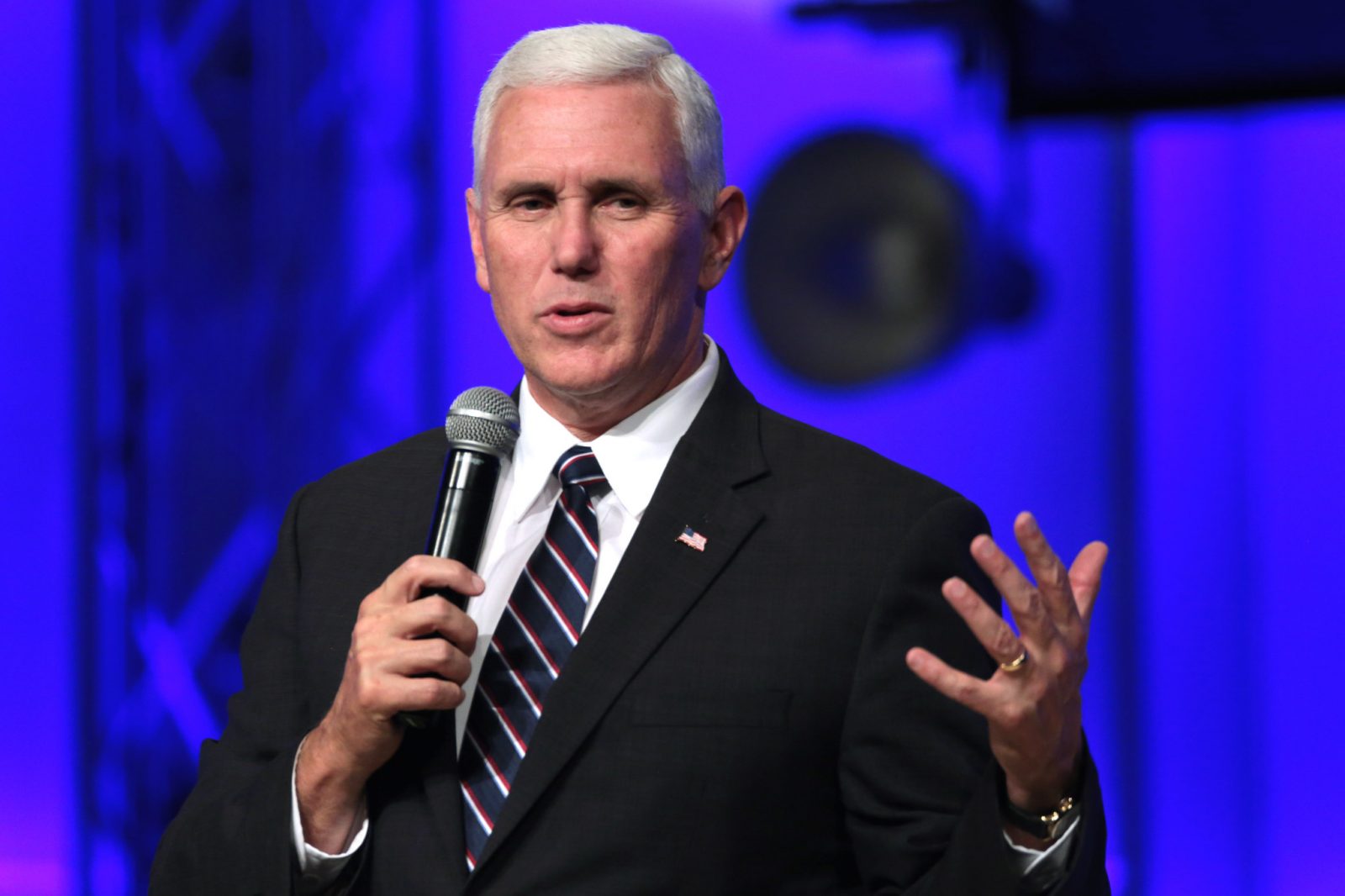 Mike Pence would like to run for President in 2024.

Pence would like to set the groundwork for such a run now.

And Mike Pence got hit with a curveball about his political future that stunned Republicans.

Corporate America is now a reliable ally of the Democrat Party.

For years Republicans could count on the support of the business community to resist the Democrat high tax and oppressive regulation agenda.

But in 2021, companies are eager to show they align with Democrats on policy fights over amnesty, transgender issues, guns and voting to show how their brand’s “values” align with diversity and inclusion.

CEOs went woke to fend off the threats of liberal boycotts as well as leftist employees banding together to threaten protests or work stoppages unless executives supported whatever the trendy left-wing cause of the day was.

Mike Pence is the latest Republican to learn this lesson as over 200 employees of publishing giant Simon & Schuster signed an internal petition demanding the company drop its plans to publish two books authored by the former Vice President.

The petition recycled a litany of lies and smears that liberals would have hurled at any Republican.

“By choosing to publish Mike Pence, Simon & Schuster is generating wealth for a central figure of a presidency that unequivocally advocated for racism, sexism, homophobia, transphobia, anti-Blackness, xenophobia, misogyny, ableism, islamophobia, antisemitism, and violence. This is not a difference of opinions; this is legitimizing bigotry,” the petition read.

But this time Simon & Schuster stood up to the woke mob.

Simon & Schuster Chief Executive Jonathan Karp wrote a letter to employees delivering the company’s verdict on their protest by announcing it would proceed with Mike Pence’s book contract.

“As a publisher in this polarized era, we have experienced outrage from both sides of the political divide and from different constituencies and groups. But we come to work each day to publish, not cancel, which is the most extreme decision a publisher can make, and one that runs counter to the very core of our mission to publish a diversity of voices and perspectives,” the letter read.

Recent weeks have some companies like Delta, Coca Cola, and even Major League Baseball enlisting in the left’s crusade to remake America into a socialist one-party state by either threatening—or in baseball’s case executing—an economic boycott of Georgia over the state’s election integrity law.

Another way the left seeks to seize total power in America is by silencing the ability of their opponents to speak.

Tech companies zealously stifle free speech on the internet to make sure no opinions that might upset liberals slip through the censors.

Liberals hope publishing companies will deny a platform for conservatives to present their ideas and arguments to the public.

At least in this case, the Stalinist effort to control the flow of information to the public failed.