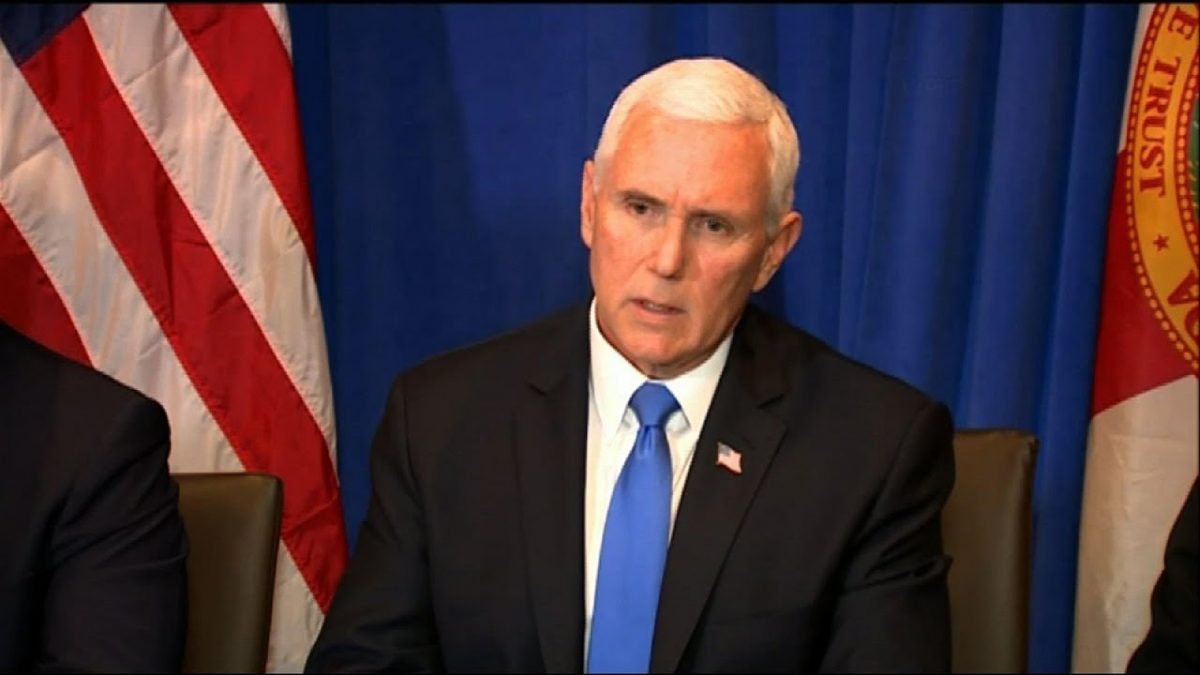 Mike Pence is one of Donald trump’s most loyal supporters.

But Mike Pence was left in stunned silence after he learned one difficult truth.

No governor in America faced more abuse for their coronavirus management than Florida Republican Ron DeSantis.

Fake news reporters savaged DeSantis for leaving beaches open in late March, allowing them to reopen in late April, and then moving to reopen the state economy in early May.

Despite no scientific evidence that the coronavirus spreads in open air environments, fake news reporters got “Florida morons” trending on social media.

The fake news media smeared DeSantis because DeSantis is the Governor of a key swing state and close Trump ally.

If the fake news could smear DeSantis as a psychopath that killed his residents by inviting a second wave of coronavirus, then it would severely damage any chance of economic recovery before the election which in turn would tank Donald Trump’s re-election bid.

But despite yelling “wait two weeks” for over two months, the second outbreak never occurred.

When Vice President Mike Pence visited Florida to tout the state’s economic reopening, DeSantis took the opportunity to throw the fake news media’s failed doomsday predictions back in their faces.

“Our data is available. Our data is transparent. In fact, Dr. Birx talked multiple times about how Florida has the absolute best data,” Governor DeSantis began.

DeSantis slammed the fake news media as partisan actors pushing a false narrative about the dangers of reopening the economy because it would help the Democrat Party.

“So any insinuation otherwise is just typical partisan narrative trying to be spun. And part of the reason is that because you got a lot of people in your profession who waxed poetically for weeks and weeks about how Florida was going to be just like New York,” DeSantis continued.

DeSantis pointed out that the death rate in Florida was lower than in states in the Midwest and Northeast – many of which have Democrat governors – that kept their states under economy-crippling lockdowns well into May.

“’Wait two weeks! Florida’s going to be next, just like Italy. Wait two weeks!’ Well hell, we’re eight weeks away from that, and it hasn’t happened. Not only do we have a lower death rate… Well, we have way lower deaths generally,” DeSantis added.

DeSantis even noted that his state successfully contained the coronavirus outbreak despite the fact that Florida saw tens of thousands of residents of New York and New Jersey – the two states whose cases make up about one third of the total in the United States – flee to Florida.

“And I was the number one landing spot from tens of thousands of people leaving the number one hot zone in the world to come to my state. So we’ve succeeded, and I think that people just don’t want to recognize it because it challenges their narrative,” DeSantis exclaimed.

Finally, DeSantis shot down the conspiracy theory peddled by the fake news and disgruntled former state employee that falsely claimed the DeSantis administration manipulated Florida’s coronavirus data to paint a rosy picture that would feed DeSantis’s push to reopen the state’s economy.

“It challenges their assumption. So they got to try to find a boogeyman. Maybe it’s that there are black helicopters circling the Department of Health. If you believe that, um, I got a bridge in Brooklyn I’d like to sell you,” DeSantis concluded.

Mike Pence watched in silence, but conservatives across the country high-fived and the video of DeSantis’s remarks went viral on social media.