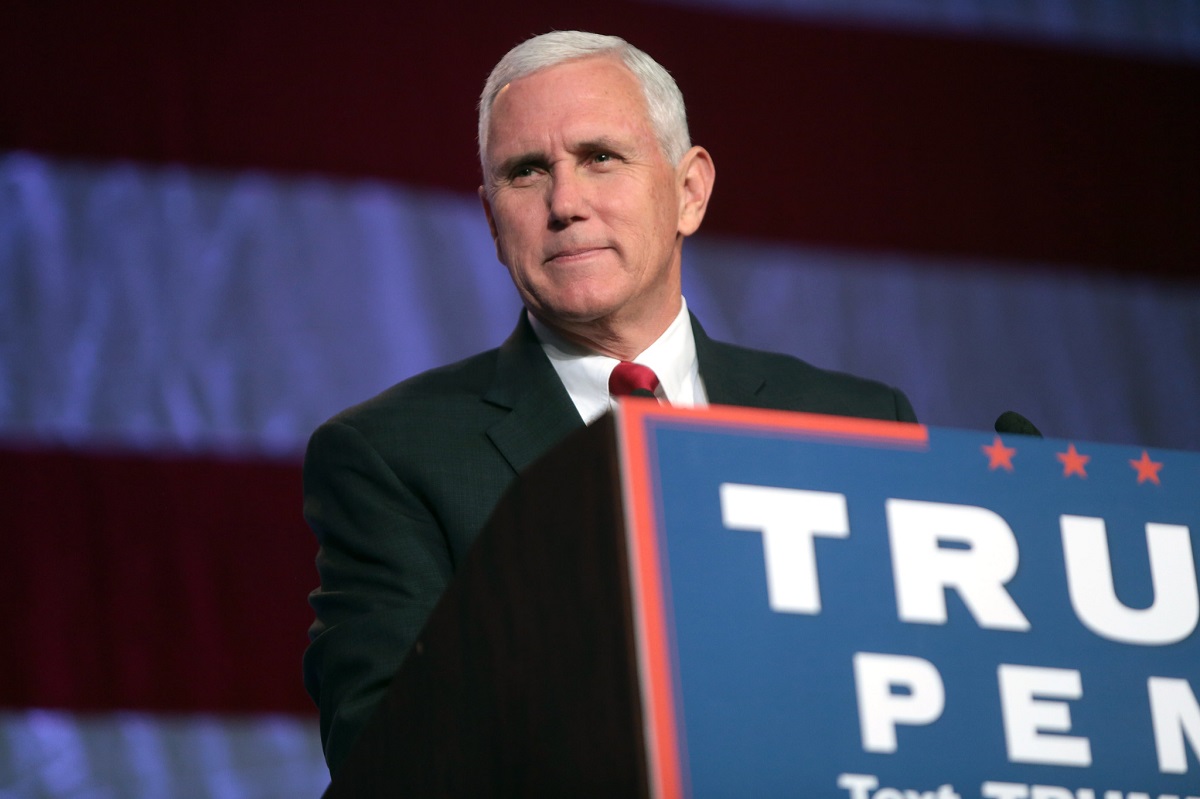 Mike Pence would like to run for President in 2024.

But Pence is finding out he has some major problems on his hands.

And Mike Pence was blindsided about this news on his political future.

If Donald Trump does not run for president in 2024, Mike Pence is certain to launch a White House bid.

Should Donald Trump run for president in 2024, speculation will immediately center on if Trump will keep Pence on the ticket as his running mate.

In an interview with the Washington Examiner, Donald Trump Jr. dropped major hints about the answers to those questions.

“You’ll have to ask him,” Trump Jr. said in response to if Trump Jr. had any idea if his father would run for president.

The Washington Examiner asked Trump Jr. for his thoughts on potential 2024 GOP nominees besides his father and Trump Jr. cited Florida Governor Ron DeSantis as his number one choice.

“If I’m going to be totally objective about it,” Trump Jr. added, “I think, you know, what Ron DeSantis has done in Florida is outstanding.”

Governor DeSantis’ watched his popularity grow over the course of 2020 as DeSantis kept children learning in-person for this school year, rejected mask mandates and largely kept the economy open.

DeSantis proudly rejected what he called “Faucism” and fought back against smears by the corporate media.

Trump Jr. pointed to DeSantis rejecting the COVID hysteria pushed by Democrats, so-called “public health experts,” and the media as evidence DeSantis possessed the mettle to fight back against the left.

“I mean, he didn’t fall for the narrative. I think he’s learned, perhaps through watching [Donald] Trump, you know, what the media will try to do to you if you do take those kinds of stances,” Trump Jr. continued. “I think he’s been proven, you know, virtually 100% correct on those things.”

Trump Jr. echoed a comment by his father where Donald Trump hinted that if he did run for president in 2024 Trump would select Ron DeSantis as his running mate.

Trump Jr. compared DeSantis to other Republicans claiming other potential GOP 2024 contenders failed to measure up.

“I think he’s a case study right now,” Trump Jr. explained. “We need more people willing to take that on like he has.”

This interview was not good news for Mike Pence.

Trump Jr. is the second member of the Trump family to float the idea of dropping Mike Pence from the ticket and replacing Pence with Governor DeSantis.

But if Donald Trump does not run for president in 2024, it is clear that the Trump family and political operation will support Ron DeSantis for president and oppose Mike Pence’s candidacy.

The crux of the fallout between Pence and the Trumps is Pence counting the results of the Electoral College on January 6.

Donald Trump claimed Pence could have rejected results and sent them back to the states.

But Pence pointed out he had no such power and the Constitution rendered his role merely ceremonial.

However, it looks like the Trump family has moved on from Mike Pence.