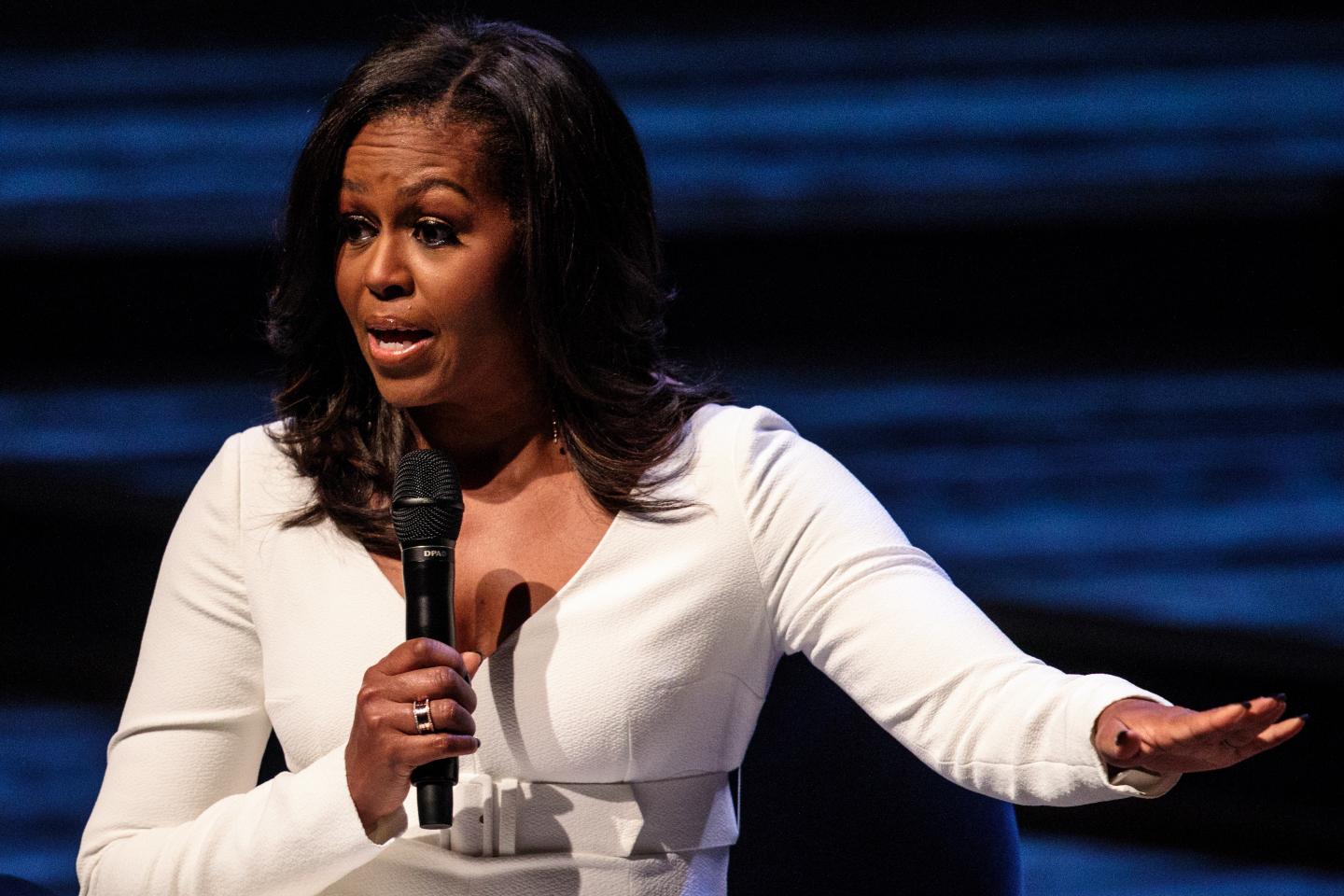 Six months into the coronavirus outbreak and Americans are beginning to learn that not everything the Democrats and media told them about the virus was on the level.

The bad news just got worse for the left.

And Michelle Obama said something she should not have about the coronavirus.

While most presidents recede from public life after their term is up, Barack Obama and former First Lady Michelle Obama stubbornly remain front and center in American culture.

They refuse to give up the spotlight.

In addition to signing lucrative book deals, the Obamas also signed a deal with Netflix to produce propaganda films.

Their documentary “American Factory” won the Academy Award for Best Documentary and during the acceptance speech, one of the co-directors literally used the Marxist phrase “workers of the world unite.”

This has always been the agenda of the left, to gradually nudge the country toward socialism.

Former Obama Chief of Staff Rahm Emanuel famously said, “You never want a serious crisis to go to waste,” and the Democrats are fully embracing that ethos regarding the Wuhan virus.

The global pandemic has been used by petty-tyrant leftists to trample all over civil liberties.

But during an interview, Michelle Obama slipped up and revealed the truth about the coronavirus.

Interviewer Michele Norris asked Obama, “There’s kind of a new COVID vocabulary, isn’t it? There are also words that have always had some meaning, but that take on different meaning now, the word ‘hero,’ the word ‘essential.’”

After a long-winded answer, Obama finally said, “And that’s something that we need to—that’s a part of that reflection, that we need to do, you know? With ourselves, and, and as a community…And we have to think about that, in terms of how wealth is distributed.”

And there it is: “how wealth is distributed.”

The left is obsessed about radical egalitarianism, and they’ll do anything in pursuit of it.

Wealth is not distributed, it’s earned.

Using a deadly pandemic as a Trojan horse for socialist policies is straight from the Democrats’ playbook.

Another example of this is the Green New Deal proposed by Congresswoman Alexandria Ocasio-Cortez, which was a $93 trillion boondoggle that would’ve made Joseph Stalin weep.

Ocasio-Cortez’s former chief of staff Saikat Chakrabarti admitted in an interview with a staffer for Washington Governor Jay Inslee that the Green New Deal was, too, about wealth redistribution.

When dealing with the left, it’s important to remember the words of a former SDS radical: “The issue is never the issue. The issue is always the revolution.”

Lo and behold, Joe Biden is currently on board with a primer for the absurd Green New Deal.

If given the opportunity, Democrats will fear-monger over the virus until they get their way.

Democrats will do whatever it takes to wrest freedom away from the American people.

Biden has been a disaster in interviews, so other Democrat bigwigs have been doing the heavy lifting for him.

And while the so-called mainstream media want to tell you Biden is a moderate—which he isn’t—the shot-callers in the party are displaying their radicalism constantly.