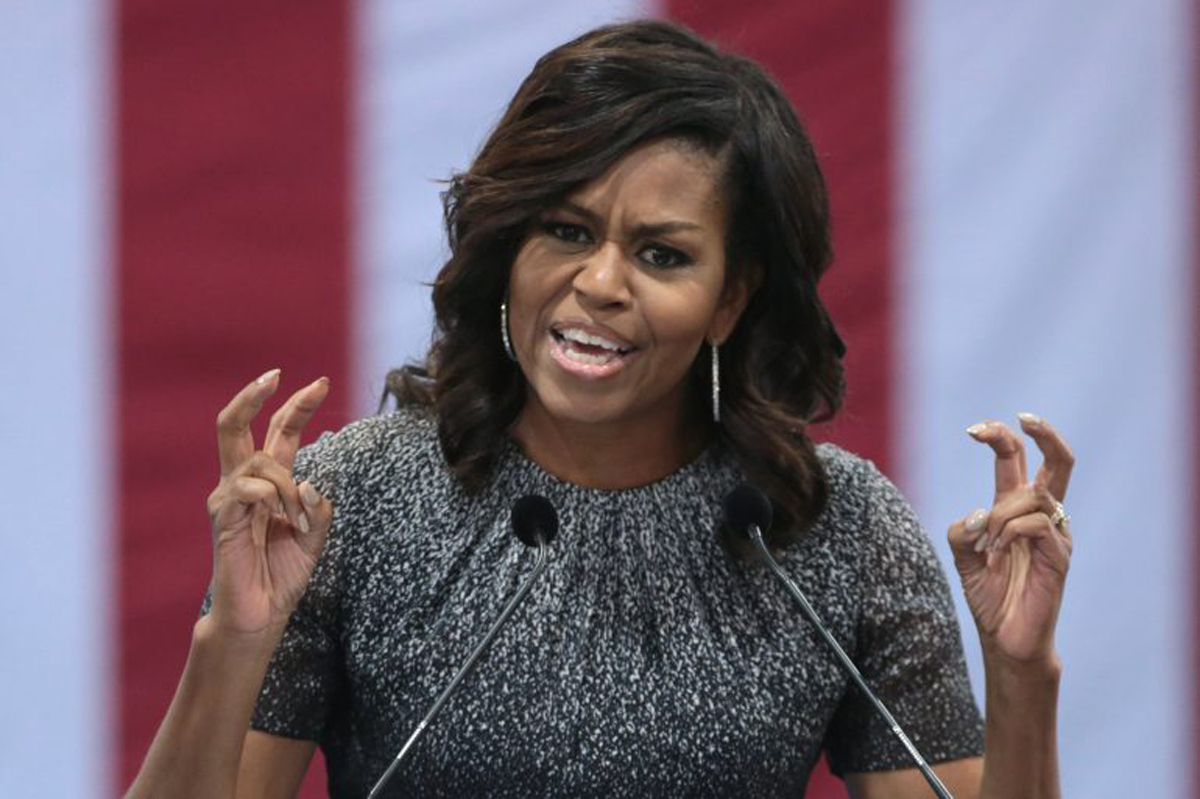 It was one of the strangest stories of the year.

Now it took another strange turn.

And Michelle Obama got some bad news about this terrible crime.

Smollett faked a hate crime last January falsely claiming Trump supporters attacked him at 2 a.m. on the streets of Chicago and tied a noose around his neck.

It turned out Smollett orchestrated the whole attack and arranged for two men he knew to pretend to jump him.

However, Smollett nearly got away with the whole thing thanks to a George Soros-backed district attorney and one of Michelle Obama’s top aides.

Embattled actor Jussie Smollett nearly got away with staging his own assault when a Chicago District Attorney made an effort to help him and prosecutors dropped the initial charges.

Cook County State Attorney Kim Foxx – at the behest of MeToo leader and former Michelle Obama aide Tina Tchen – liaised with the Empire star’s relatives and tried to persuade the FBI to assume the investigation days after the attack, the Chicago Tribune reported.

But District Attorney Foxx was furious that Smollett faced criminal charges at all.

“The state attorney, who recused herself from the case against Smollett, later complained to her deputy that the new charges against the actor were too harsh and that ‘just because we can charge something doesn’t mean we should.’ The deputy reportedly replied that they would speak to colleagues who had taken over the case to ‘take a hard look’ at how they should charge the case,” the Daily Mail also reported.

Installing Kim Foxx as the district attorney in Chicago is part of a nationwide effort by Soros to destroy law and order and bring down the country by pumping millions of dollars into local district attorney races so left-wing activists that hate the police and won’t prosecute crimes win election.

A Soros-backed prosecutor won election to the district attorney’s office in Philadelphia and now the City of Brotherly Love just set a record for murders in 2021.

The presence of a Soros-supported district attorney like Kim Foxx in Chicago likely made Tchen feel like she had a good chance of success in lobbying the authorities to drop the case.

And the fact that Smollett was a Democrat and a friend of the Obama family left the impression the left-leaning FBI would swoop in and clean up any mess.

How Tchen expected the FBI to treat Smollett stands in direct contrast to the FBI launching a land, air and amphibious assault on the home of 67-year-old unarmed Trump supporter Roger Stone during the Mueller witch hunt.

Fortunately, the Chicago jury convicted Smollett for his crimes.

Because if the Soros-backed Chicago DA and Michelle Obama’s aide had their way, and the FBI, Smollett would have succeeded in getting away with this hate crime hoax.