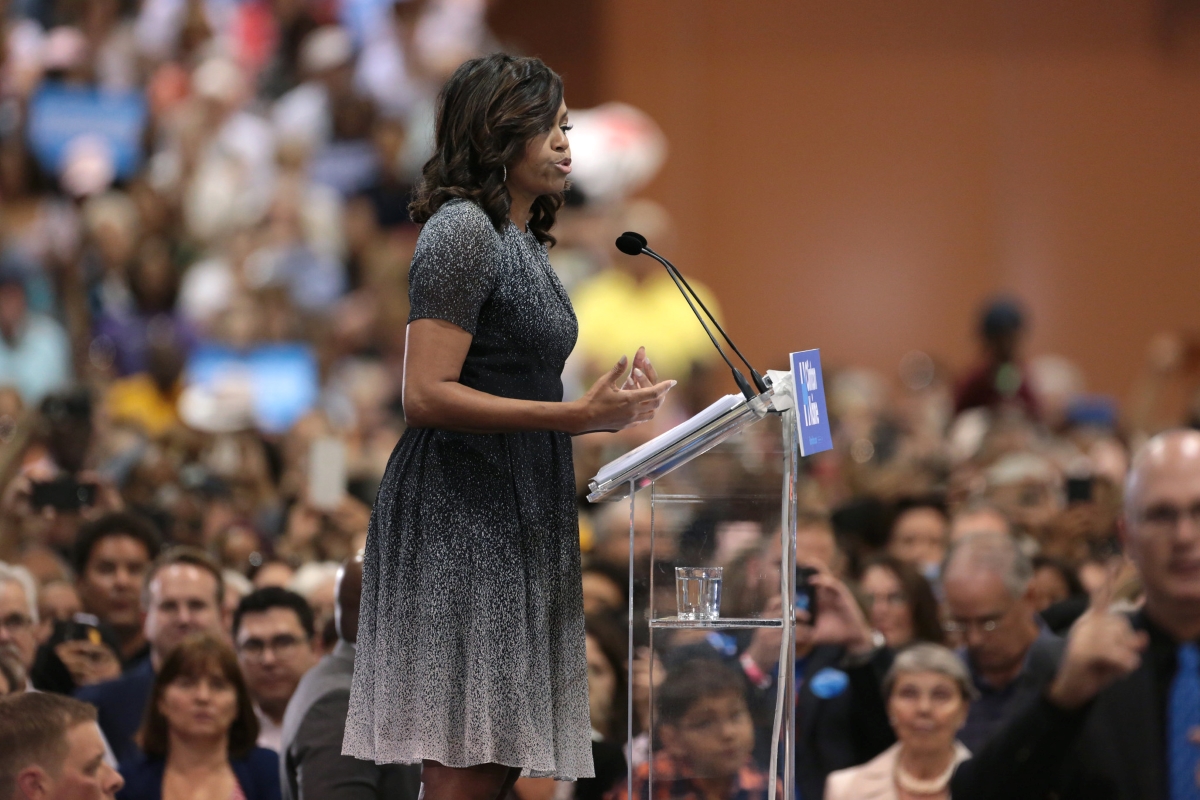 Michelle Obama is still one of the biggest names in the Democrat Party.

Everyone wants her involved in the 2024 campaign.

Michelle Obama revealed something about her 2024 plans that left Joe Biden in a panic.

In a new interview with People Magazine, Michelle Obama revealed that she was considering retiring from public life.

Obama added that she was tiring of cold weather on the East Coast or Midwest and was looking forward to spending time in a more tolerable climate where she could relax and Barack Obama could play golf.

“Barack and I never want to experience winter again,” Obama added. “We’re building the foundation for somebody else to continue the work so we can retire and be with each other, and Barack can golf too much, and I can tease him about golfing too much because he’s got nothing else to do.”

Michelle Obama is every Democrat’s dream candidate for president.

Obama repeatedly stated she has no interest in ever running for president.

This interview with People should further bury that talk.

But Obama sounds like she is ready to move on from politics entirely.

And now that Donald Trump is out of office, Obama may see little motivation to campaign for the Democrat ticket in 2024.

Both Michelle and Barack Obama clearly thought very little of Joe Biden when he declared his candidacy for president.

Michelle Obama clearly shared that low opinion of Joe Biden because she joined Barack Obama in not endorsing Biden until every other Democrat was out of the primary contest.

This lack of enthusiasm for Biden—combined with the possibility that Donald Trump may not appear on the 2024 GOP ticket—could lead Barack and Michelle Obama to largely sit out the 2024 race outside of perfunctory appearance at the nominating convention.

If Joe Biden runs for re-election without Donald Trump as an opponent Democrats may not see the same level of turnout as in 2020.

Michelle Obama taking a pass on campaigning heavily for Joe Biden in 2024 could signal to the Democrat Party base that it could be okay to stay home.

Of course, Joe Biden will be 82 years old in 2024 and may simply be too old or too far into cognitive decline to seek re-election.

If that is the case, Michelle Obama may re-evaluate her political plans.

Even though a recent book by reporters Jonathan Allen and Amie Parnes revealed Barack Obama did not think much of Kamala Harris’ candidacy, it would be very easy to see them coming off the sidelines to try and drag Harris over the finish line.