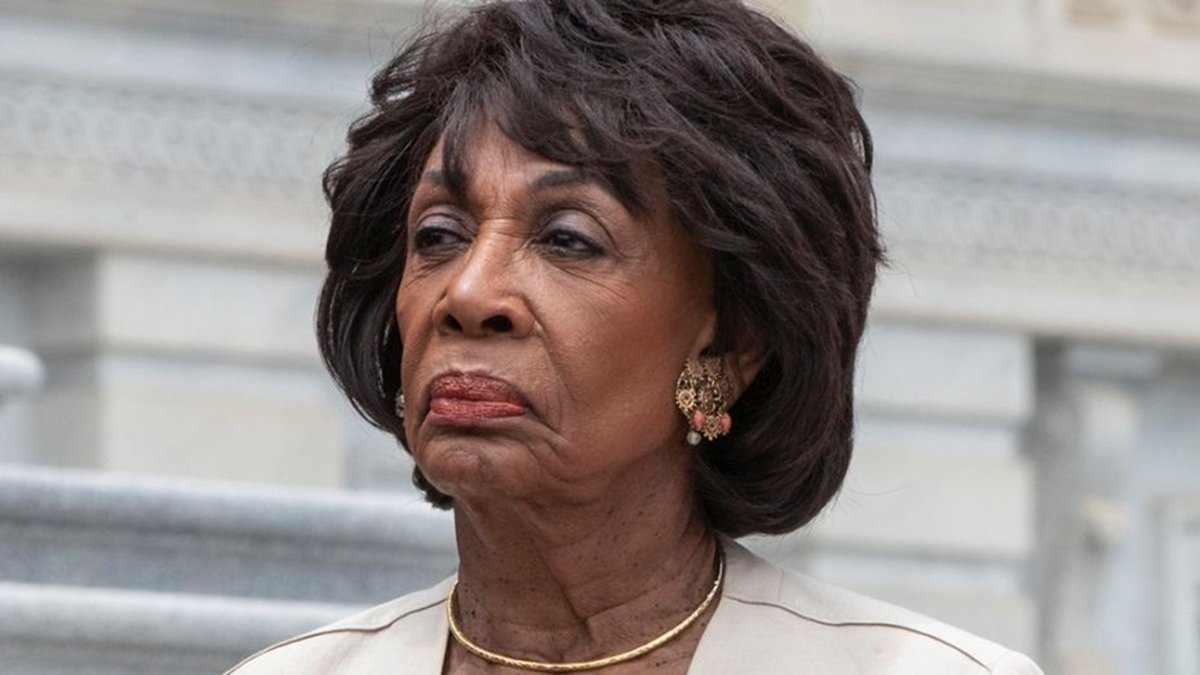 No one has advocated impeaching Donald Trump longer and louder than Maxine Waters.

But Waters single minded crusade is about to end in disaster.

That became clear when Maxine Waters picked up the phone and what she heard was the worst news of her life..

Nancy Pelosi and the other Democrat leaders are urging caution with the House of Representatives taking up impeachment.

A new ABC/Washington Post poll found just 37 percent of Americans support Congress impeaching President Trump – the lowest level of support on record for this question yet.

Pelosi and other party leaders worry that pushing impeachment along partisan lines after Robert Mueller failed to find any evidence of Russian collusion will only boost Donald Trump’s 2020 re-election prospects.

Maxine Waters – who not only called for impeaching President Trump, but impeaching Vice President Mike Pence as well – cast aside these concerns.

Waters appeared on MSNBC’s “Hardball” and pounded on the table to demand Democrats impeach the President regardless of the political consequences.

Matthews declared Trump was acting like a “king” and wondered what it would take for Pelosi to authorize an impeachment proceeding.

“I don’t know when they will come to that conclusion. I know that as leaders, they have the responsibility to try and hold our caucus together and to try and do and lead in the best way they think will help us to be successful,” Waters began.

Waters then explained that she would continue to agitate for impeachment because constituents have been flooding her office with calls of forcing Donald Trump from office.

Congresswoman Waters continued, “If they believe that now is not the time for impeachment, they will keep trying and go down that road. The American people, in the final analysis, is going to push on the Congress to do the impeachment. My calls are overwhelming in my office about impeachment. I have so many calls and 90 percent of all the calls that I’m getting, people see me on the street and they are talking about impeachment. ‘When are you going to impeach?’”

“I think as the level of interest and the level of not putting up with this president any longer comes to the forefront and lays on and leans on and pressures the Congress of the United States, we are going have to do it,” Waters concluded.

“We are going to have to impeach. I just wish it was sooner than later.”

Maxine Waters represents one of the most left-wing Congressional districts in America.

But Waters’ constituents do not represent the broader electorate.

If Democrats follow the passions of the fringe voters that Waters represents, then not only will Donald Trump win re-election, but Democrats stand a good chance of losing the House and resigning Waters and her fellow liberals to a toothless minority.