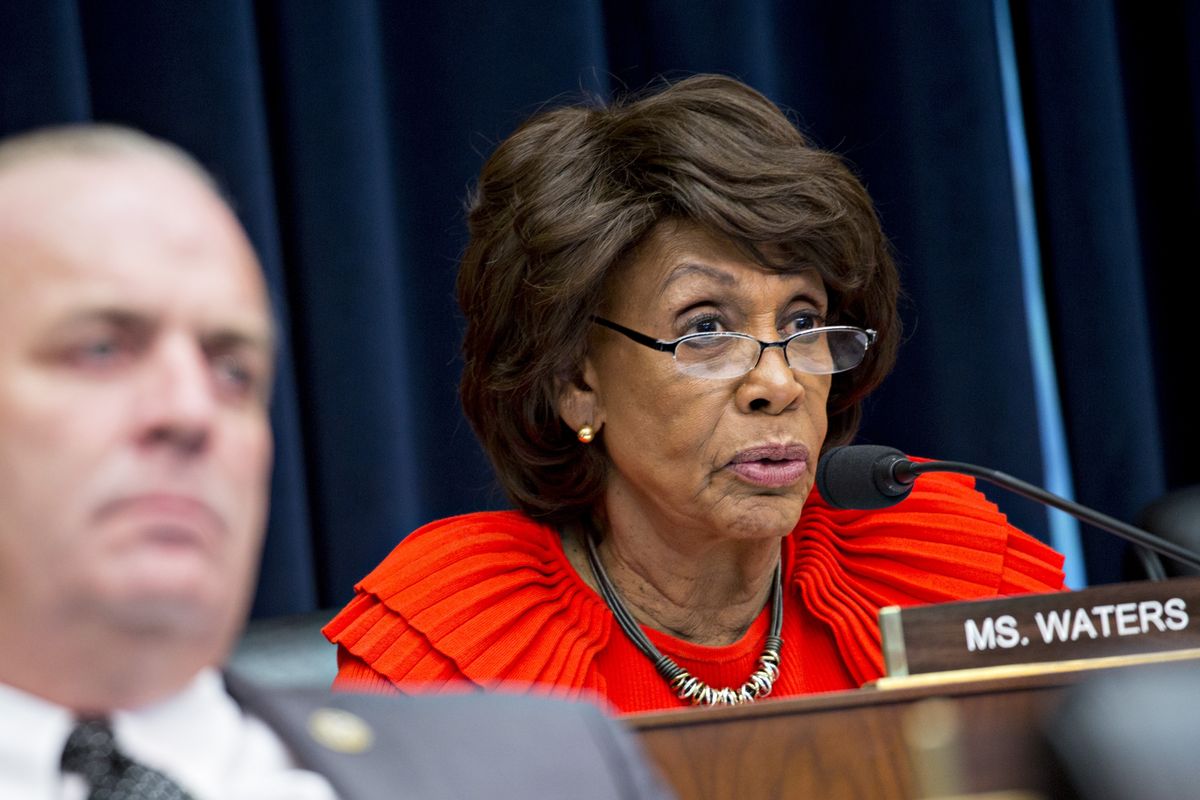 But Maxine Waters just made a fool out of herself with one crazy threat to Donald Trump.

The Mueller report clearing the President and his campaign of any charges of colluding with the Russians did not give Waters any pause in her calls for impeachment.

In fact, the report only caused Waters to slam her foot on the gas pedal.

Appearing on Joy Reid’s MSNBC “Morning Joy” show, Waters threw down the gauntlet by continuing to promote the conspiracy theory that President Trump and his allies were tools of Russian President Vladimir Putin.

Waters went so far as to even attack President Trump and his supporters’ patriotism.

“One of the things you have to think about is this; who are the patriots? Who will stand up for America when our obvious enemy is basically hacking into our electoral systems? Who is going to stand up for America and claim to be a patriot when they see that there are many people around this president who have interacted with those from Russia, from the Kremlin, and with Putin? Where are they coming from? And I think when you ask yourself this question, you’d better be concerned about whether or not these are real patriots or whether or not they’re in the pockets of the president of the United States wishing to gain favor from the president and they’re going to stand up for him no matter what,” Waters ranted.

“And so I call out their patriotism at this point this time. You take a look at this report, and you will be shocked at the information that’s unfolding,” the California Democrat concluded.

During her tirade, Waters also resurrected the fake news conspiracy theory that Russia “hacked the election.”

This is not true.

The Russian government did not alter any vote totals or interfere with the mechanics of Election Day.

Democrats and their communication surrogates in the fake news media use this line to make it seem like Donald Trump did not win the election fair and square.

Their goal is to remove his legitimacy as President.

It is the left’s only chance at success in a partisan impeachment drive.

And make no mistake, that is still Waters and many members of the fake news media’s number one goal for 2019.

Waters isn’t even calling for any more investigations.

The California Democrat is demanding Congress impeach Donald Trump on the spot.

“I can only tell you, I for one have been for impeachment for a long time. I’m going to continue to be for impeachment. I think he should have been impeached a long time ago. And the American people are waiting on us to provide the leadership,” Waters concluded.

Most Democrats are slow playing the Mueller report.

They understand the political peril they are walking into by launching a partisan impeachment inquiry.

Waters may understand it as well.

But she doesn’t care.