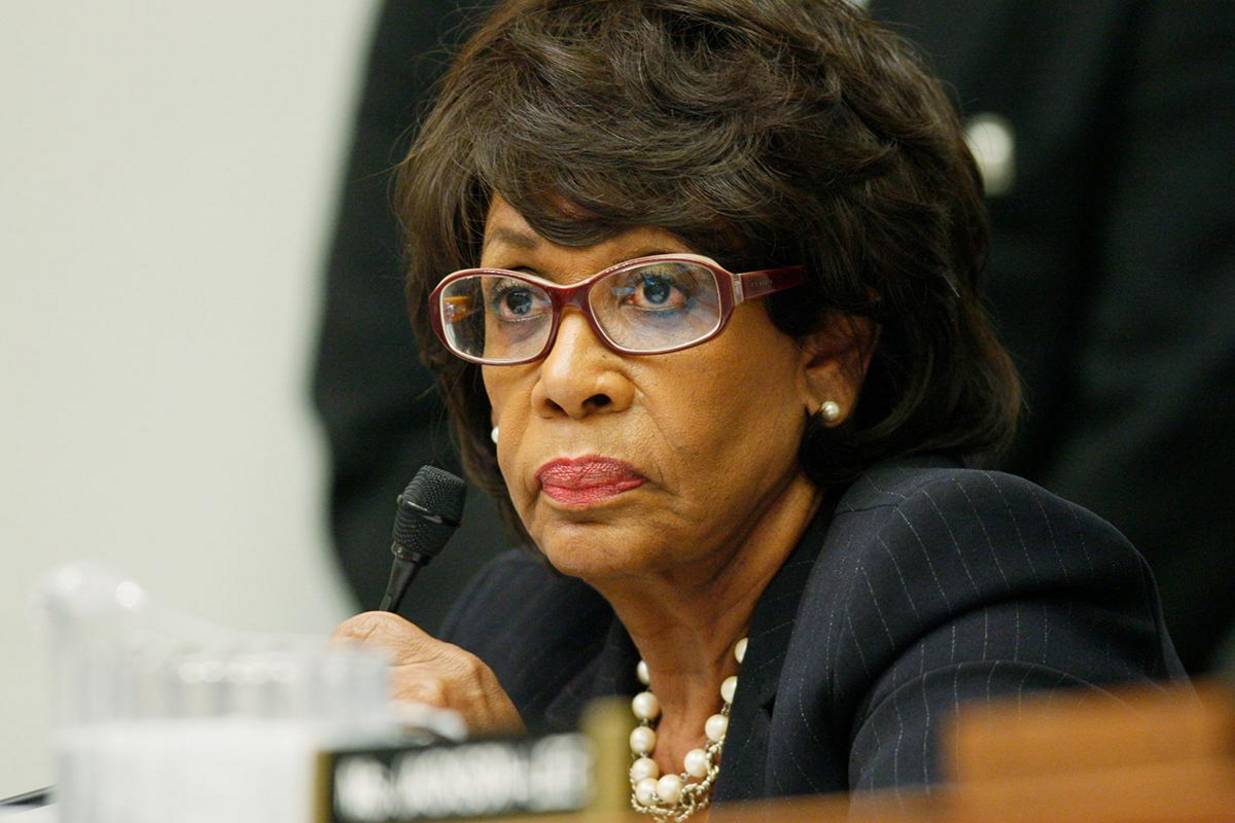 The California Congresswoman is eagerly announcing when she will stage her final confrontation with the President.

But Maxine Waters is about to learn this painful lesson about taking on Donald Trump.

There is nobody in Congress more committed to impeaching President Trump than “low IQ” Maxine Waters.

Even with Nancy Pelosi stating that impeachment will not be a priority, Waters continues to make it her biggest push.

She still believes that Donald Trump is an illegitimate President, despite Robert Mueller’s report on Russia collusion proving otherwise.

In her eyes, the only way to prove he truly is illegitimate is to impeach him.

So to do this, she is looking into every avenue possible to create a case for impeachment.

From her position as chair of the House Financial Services Committee, she is leading the charge into looking into every aspect of the President’s life.

Nothing is safe from her prying eyes, including tax documents.

They want to see Trump’s tax returns in order to try to scrutinize him over his personal finances.

Many candidates who run for President release their tax returns but it is in no way a requirement.

And the American people clearly support Trump, with or without his tax returns being public, so there is no need to fulfill a request on their behalf.

But Waters is still trying, and in a hearing later this month with Treasury Secretary Steven Mnuchin, the case from the Democrats will be made.

Mnuchin continues to refuse to turn over the documents, stating to the committee in a letter, “I am informing you now that the Department may not lawfully fulfill the Committee’s request.”

In an April hearing, Mnuchin and Waters came face-to-face which resulted in fiery exchanges.

During the hearing, where Mnuchin agreed to stay until 5:00 PM, Waters wasn’t happy when the Treasury Secretary made a request to leave at 5:08 PM.

In an exchange that began with a respectful request from Mnuchin to leave in order to fulfill a prior obligation he was already late for, Waters gave an angry response, attempting to make it seem as though Mnuchin was being disrespectful.

Waters claimed there was nothing more important than talking to her, saying:

“I don’t think that there’s anything or anybody more important than the Congress of the United States of America trying to find out what exactly this secretary is doing.”

Mnuchin was even polite enough to offer to meet again at another time, which he is fulfilling in his hearing later this month.

Considering the past hearing, this next one is sure to be heated with Waters continuing to try and gain as much personal information about Trump as possible—as soon as possible.

This may be her last chance to get the information she hopes to use in pursuing her final Hail Mary attempt at impeachment.

Do you think Maxine Waters will be able to impeach Trump?