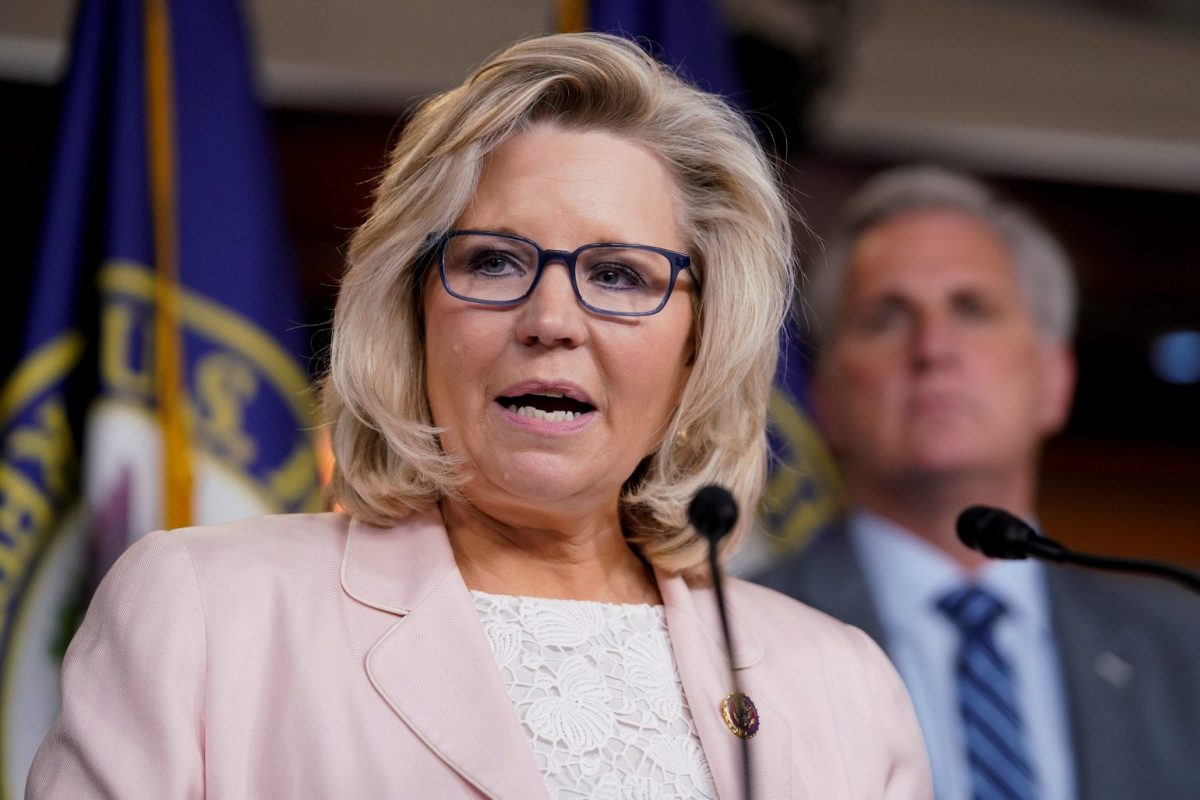 Liz Cheney thought by voting to impeach Donald Trump she could kick Trump out of the GOP and emerge as the party’s new leader.

But she had no idea she bit off way more than she could chew.

And now Liz Cheney was handed polling data that is bad news for the Never Trump movement.

Rep. Liz Cheney has often been referred to in the past as “Republican royalty.”

Her father was Vice President Dick Cheney but despite her family connections her political career has not been without its missteps.

In 2012 Liz Cheney moved to Wyoming right in time to try and primary the Republican Senator Mike Enzi in 2014.

Cheney, just newly arrived in Wyoming after living most of her life in the D.C suburbs, came across as tone deaf to the people she wanted to represent and she dropped out quickly for “family reasons” after early polls showed her trailing badly.

She then ran for Wyoming’s at-large congressional district in 2016 and won the seat.

While Cheney has the attitude of an East Coast suburbanite, she’s supposed to be representing the people of Wyoming.

“She has a snowball’s chance in hell of getting reelected,” Morris told Newsmax TV last week. “Her favorability is down to 13% and she loses the projected primary by 3-1 or 4-1. Wyoming went 70% for Trump. And Liz Cheney is a gone goose.”

“And it’s ridiculous, and shows how out of touch Kevin McCarthy and the Republican leadership is with the voters of the Republican Party, that he and Scalise worked overtime to round up votes for this…traitor, who voted to impeach Donald Trump,” Morris continued. “The voters of her state, Wyoming, her state, will not be so forgiving.”

“While she did win the vote in the House because it was basically set up by the leadership and she’s kind of inherited royalty among Republicans,” Morris said. “But, in fact, there’s some polling in Wyoming [that suggests that] she has a 13% job approval among Republicans.”

It took the Wyoming Republican Party’s Central Committee just 11 minute to decide to censure Cheney for her decision to back impeachment.

“She shouldn’t be [Wyoming’s] congressman in any case,” Morris said. “But she’s part of Republican royalty because of her father and they don’t want to move against her. But the voters have their own minds.”

“The word ‘base’ is something the Left likes to use to describe Trump supporters,” Morris further argued. “It’s not his base, it’s 80% or 90% of the Republican Party. The word is the Republican Party. And they try to pretend it’s fragmented, but it’s not. And if it [is] fragmented, it’s not the Left against the Right, it’s the top against the rest of it. That’s what you’re seeing here.”