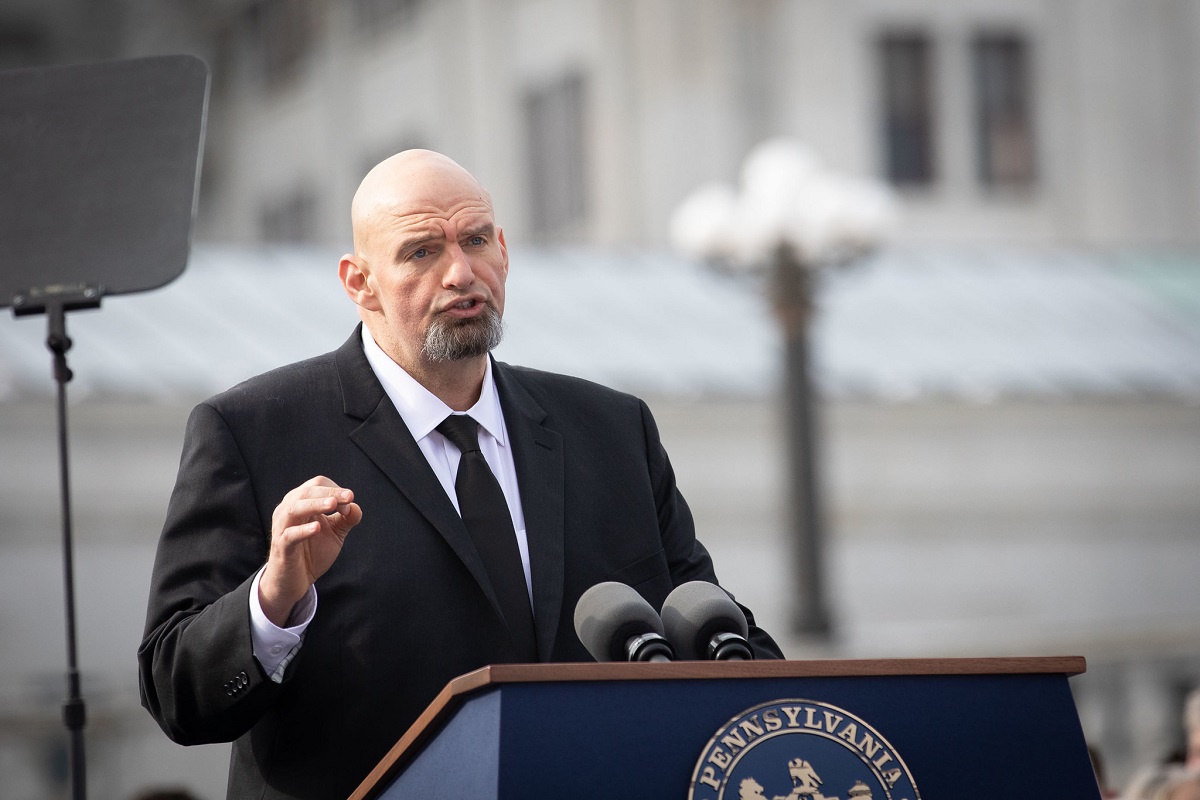 Democrats are trying to contain a major problem.

And a key Democrat is covering up a scandal that one video just blew up.

U.S. Senate candidate John Fetterman’s (D-PA) fitness to hold office is being questioned following a stroke in May, in which Fetterman himself admitted he “almost died.”

Despite claiming that he didn’t suffer any cognitive damage Fetterman has repeatedly refused to debate his opponent, U.S. Senate candidate Dr. Mehmet Oz (R-PA) and has made few campaign appearances.

A video made during a Labor Day speech have further raised concerns regarding Fetterman’s remarks.

“Send me to Washington, D.C., to send–, so I can work with Senator Casey,” Fetterman said during his speech on Monday. “And I can champion the union way of life–, in Jersey, excuse me in D.C. Thank you. Thank you very much. And it’s an honor–, I live eight minutes away from here. And when I leave tonight, I got three miles away, Dr. Oz in his mansion in New Jersey, you’ve got a friend and you have an ally. Send me to Washington, D.C.”

“This clown makes Biden seem smart & articulate. Pennsylvania you can do so much better than this radical idiot.#PASen.” Donald Trump Jr. noted.

“Dude, this guy is a wreck,” attorney and columnist Kurt Schlichter responded.

“Can you imagine the breathless @brianstelter et al. commentary about this, had Trump or some other Republican spoken like this?” reporter Jim Stinson said.

“Fetterman had a stroke and absolutely cannot debate anyone,” former Acting Director of National Intelligence Richard Grenell said in response to the clip. “His staffers’ strategy is to hide him – and fake it to put one over on the people of Pennsylvania.”

Editorial board at the Pittsburgh Post-Gazette slammed Fetterman for his refusal to debate Dr. Oz noting that “Mr. Oz has raised legitimate concerns” about Fetterman’s health.”

“If Mr. Fetterman’s communication skills have not yet recovered sufficiently to effectively debate his opponent, many voters will have concerns about his ability to represent them effectively in Washington,” the editorial board stated.

The Pittsburgh Post-Gazette also noted the continuing difficulties that Fettererman was having with basic communication.

“While he has gamely undertaken more campaign events and media interviews in recent weeks,” the paper continued. “Mr. Fetterman still speaks haltingly and relies on closed captioning to fully understand his conversation partners.”

“We are working to figure out what a fair debate would look like with the lingering impacts of the auditory processing in mind,” Fetterman campaign strategist Rebecca Katz told The Washington Post.