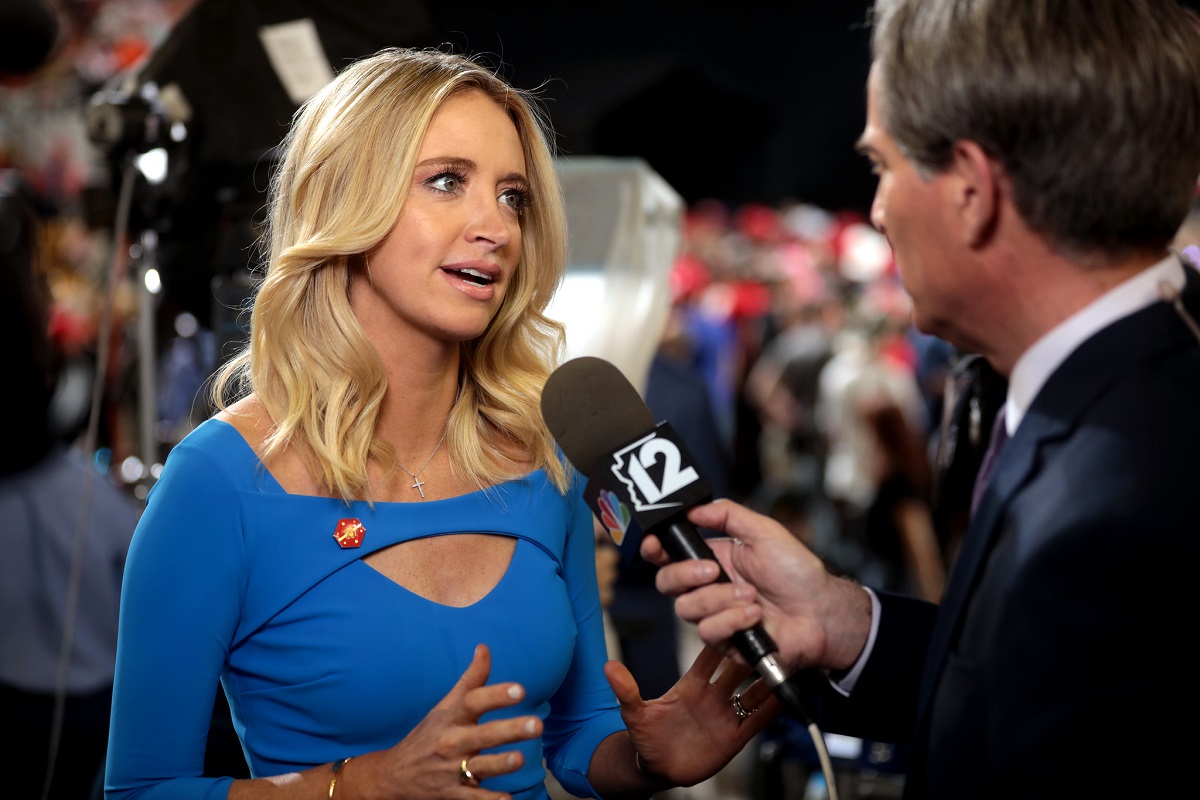 Everyone wants to know President Trump’s next step.

They finally got their answer.

And Kayleigh McEnany took Fox News by surprise with this prediction about what Trump does next.

McEnany appeared on “Fox and Friends” as a Trump campaign surrogate.

Co-host Steve Doocy asked McEnany about a Trump campaign email sent out the night before asking Trump supporters if Donald Trump should run for President in 2024 and if this meant President Trump was conceding the 2020 election and giving up on his legal challenges to expose voter fraud.

“You know, I think that they are just putting out that thought. They are still focused…” McEnany began.

Doocy reminded McEnany that she was on the show in her capacity as a campaign spokeswoman and not the White House press secretary so she was free to answer the question.

McEnany responded that President Trump was not giving up on 2020.

But McEnany stated that if Donald Trump did not prevail in 2020, if he wanted to run in 2024 the nomination was his to lose.

“Yes, yes, he is still focused on 2020,” McEnany began. “But 2024 … look, he’s the leader of this movement no matter what happens in 2020, 2024 is there for his taking. His base is strong. They’re not going away. The forgotten men and women are forgotten no longer because they had four years of President Trump. Hopefully, four more but in 2024, it’s there if President Trump would like it.”

Doocy pressed for a firm answer on President Trump possibly announcing a 2024 candidacy at a rally the same day Joe Biden may be sworn in as the 46th President.

“You know, Steve, that is the million-dollar question,” McEnany stated. “I’ve been asked it a lot. I will leave that to the president.”

“Right now, he’s still got his litigation playing out as we approach January 20, so I’ll leave it to him. We’ll see,” McEnany concluded.

There is polling data to back up McEnany’s assertion that President Trump would enter a possible 2024 Republican primary as the odds-on favorite to win the nomination.

McLaughlin and Associates—which served as the Trump campaign’s pollster—just released a new survey showing that in a hypothetical 2024 GOP primary, Donald Trump held a 45-point lead with 56 percent of the vote.

But if President Trump decided to run for a second nonconsecutive term in 2024 it would likely clear the field and the only available airspace opposite Trump would be the narrow lane for Never Trump Republican RINOS like Maryland’s left-wing Governor Larry Hogan.