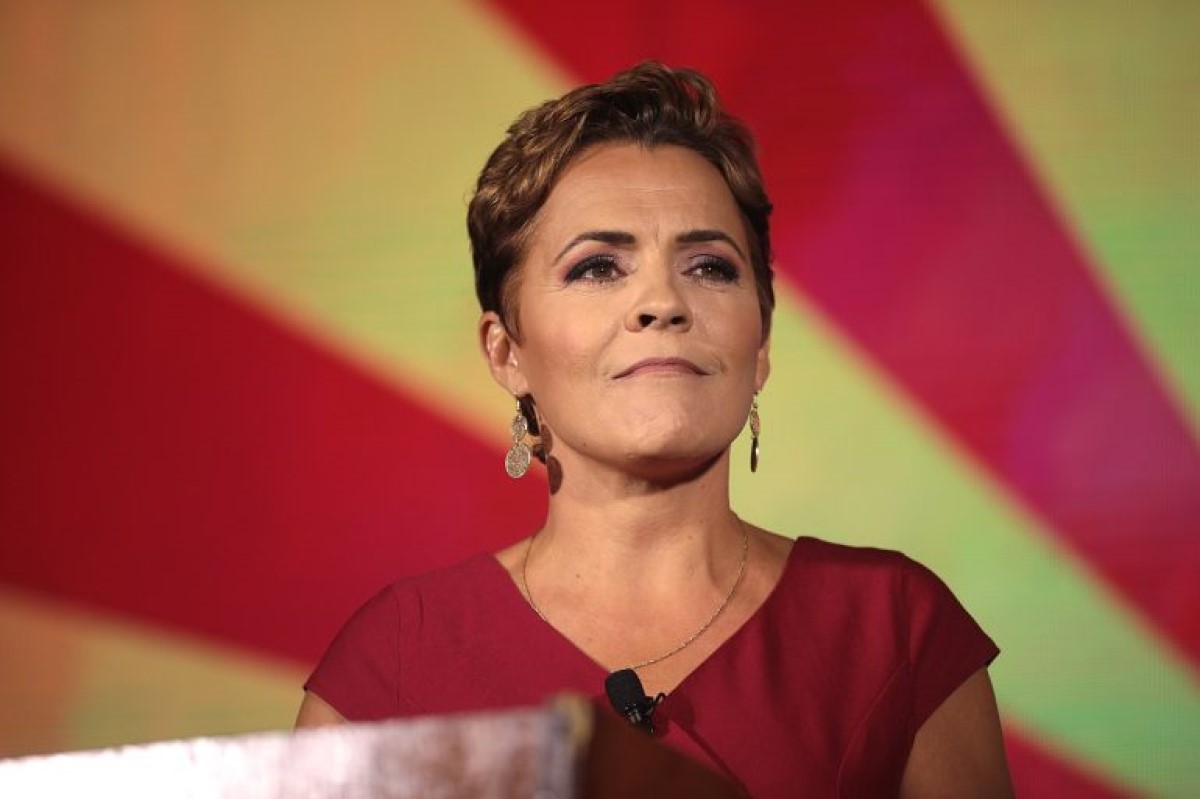 Arizona Republican Kari Lake is turning into a political sensation.

Kari Lake will have Democrats pacing the floor at night with one nasty surprise.

Hobbs is the charisma-less secretary of state who lacks communication skills or a platform for why she wants to be governor.

The last several weeks of the campaign were dominated by Hobbs’ unforced error of refusing to debate Lake.

Hobbs and her handlers likely don’t want her sharing the stage with Lake due to the fact that Lake has a Trump-like ability to put forward a TV presence that owns the camera and draws the audience in.

And now in the final weeks of the campaign Lake picked up an endorsement from former 2020 Democrat presidential candidate Tulsi Gabbard.

Gabbard announced she endorsed Lake because Lake was the type of outsider candidate that could shake up the status quo and actually work on behalf of the people and not the status quo.

“For too long, establishment leaders from both parties have sought to enrich themselves, play games, and build up their power while ignoring and even enabling the suffering of millions of hard-working Americans,” Gabbard’s endorsement statement read. “Kari Lake is a leader who puts people first, fighting for border security, energy independence, public safety, and other policies that actually make life better and more affordable for the American people.”

Gabbard also praised Lake’s ability to take on the corporate media and punch back twice as hard when liberal activists pretending to be journalists engage in smear campaigns.

“Kari Lake isn’t afraid to call out the elite cabal of permanent Washington and the Military Industrial Complex and their propagandists in the mainstream media. I look forward to supporting Kari Lake ahead of these critical midterm elections,” Gabbard added.

The latest example of Lake calling out the media’s hypocrisy and pro-Democrat bias came in an appearance on CNN’s “State of the Union.”

Bash tried to brand Lake with the latest media anti-GOP smear of being an “election denier.”

But Lake refused to give any ground to Bash’s lies.

Instead, Lake pointed out that CNN routinely invites Democrat Stacey Abrams on their air and never once calls Abrams an election denier despite the fact that Abrams still falsely claims Georgia Republican Governor Brian Kemp stole the 2018 election from her.

.@KariLake to @CNN: Why won’t you call Stacey Abrams an Election Denier? pic.twitter.com/fmrOufhGMS

Kari Lake is turning out to be one of the biggest Republican rising stars in this election cycle.

Should she win the Arizona gubernatorial election there will be immediate talk of her future in national politics.