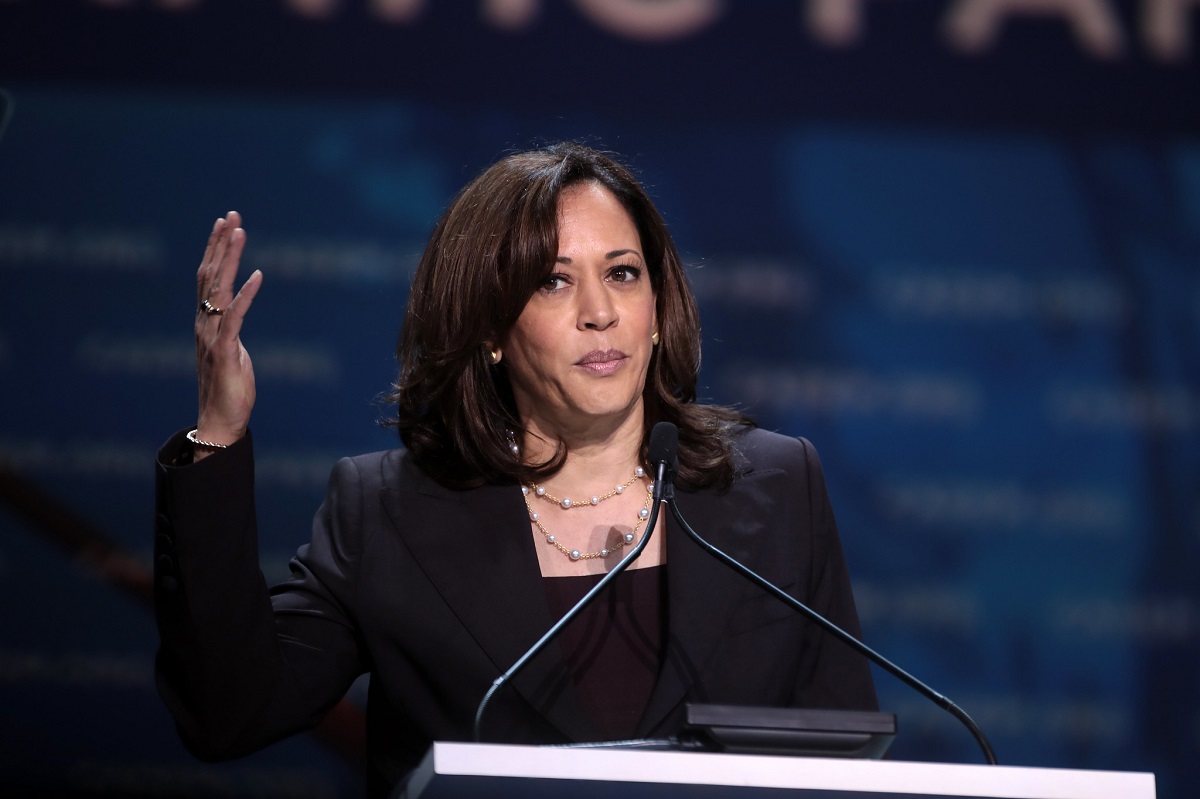 Joe Biden’s presidency is a mess.

Biden’s poll numbers tanked as runaway inflation, the border crisis and other failures caused Americans to turn against Biden.

And now Kamala dropped one big hint that she plans to break from Joe Biden.

When Joe Biden and Kamala Harris took office in January Harris and Biden often appeared together.

But the political dynamic in January was vastly different.

Polls showed Joe Biden holding an over 50 percent job approval rating and Harris – who many in Washington assumed was the 2024 heiress apparent for the 78-year-old Biden – needed to cling to Biden as closely as possible.

But after Inflation rose at the fastest year over year rate in since 2008, the botched withdrawal from Afghanistan and the open border leading to a record level 1.7 million arrests at the southern border, Biden’s approval ratings suck to nearly 10 points underwater according to the Real Clear Politics polling average.

According to the Gallup poll, the 11 points Biden lost in his approval ratings in the first nine months of his term is the biggest drop in popularity for any president since World War Two.

As Joe Biden’s popularity plummeted, Kamala Harris made herself scarce.

According to analysis by the Daily Mail Harris is rarely seen in public with Biden these days with only one White House even open to the press in the month of October.

In January for example, Biden and Harris had a packed schedule of 20 White House events together – despite only taking office on January 20.

But in October, which is a week from being over, they only have seven events on their shared calendar. Six were closed to press.

The most events the two had together – ranging from private lunches to public speeches – was in February in March, where they presented a united front on 38 occasions in each period.

In August, when the administration was grappling with the US’s hasty military withdrawal from Afghanistan and Harris was embarking on her Southeast Asia tour, they met 16 times. The next month that number was slashed in half.

Harris advisors told the Los Angeles Times there is a lack of trust between the two and that Biden did not designate Harris as running point on high profile administration policies.

“They said the vice president is disgruntled that ‘she hasn’t been given any all-star portfolio’ to work with. The White House disputed the characterization,” the Daily Mail reports.

That is not entirely true.

Back in March, Biden named Harris as the administration’s border czar as the illegal immigration crisis reached urgent status.

Harris had a chance to lead on a matter of great national importance and establish a policy legacy of success she could carry into the 2024 or 2028 election.

Instead, Harris ignored the border with just 15 of her 500 public events focusing on the illegal immigration crisis.

Open borders are a feature and not a bug of the Biden administration and Harris understands she is not meant to succeed in this role.

And judging by the infrequent appearances Harris and Biden now make together, Harris looks like she is hoping Americans forget she is Joe Biden’s Vice President when she eventually runs for the White House.