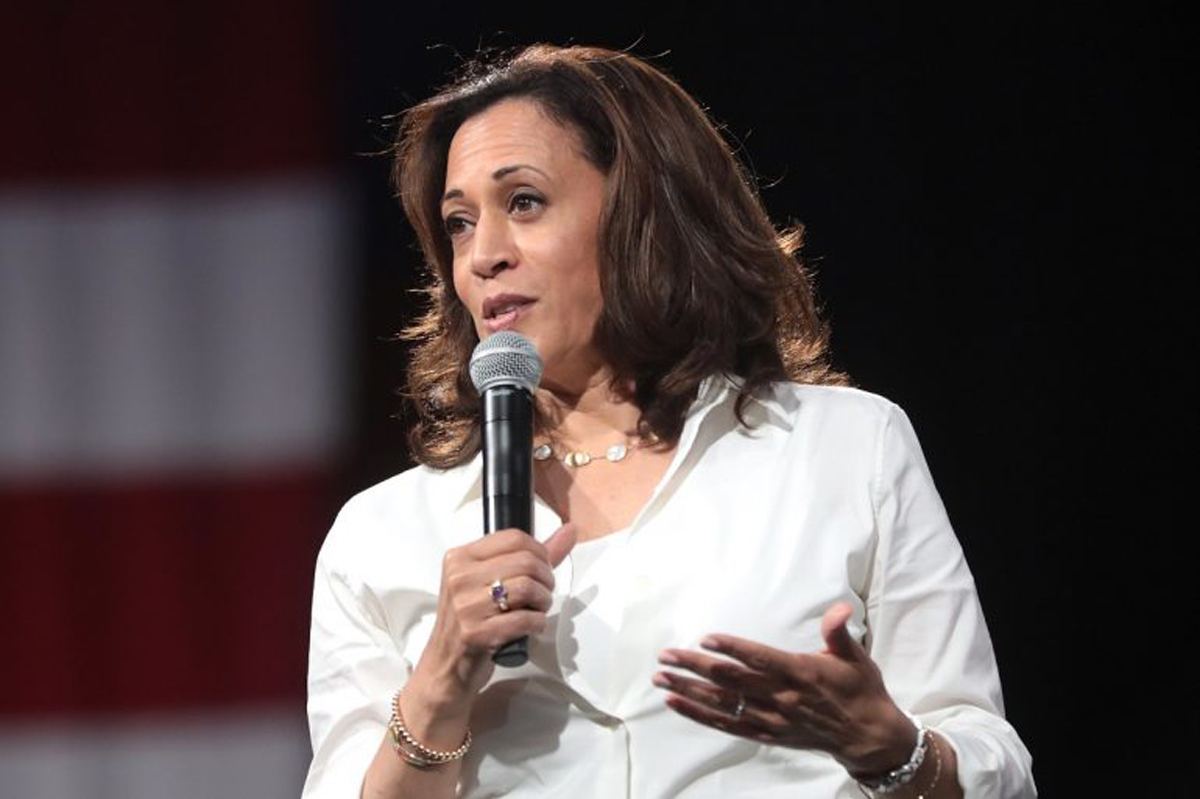 Kamala Harris being in the headlines is bad news for Democrats.

Kamala Harris will have to explain why she wants to keep this truth buried.

When politicians reach the highest levels of power they usually climb to the top of the mountain through a combination of charisma, rhetorical talent, relentlessness, and political skill.

It turns out, none of that applies to Kamala Harris.

Edward Isaac-Dovere is a reliable left-wing activist who writes for The Atlantic.

Dovere recently published “Battle for the Soul: Inside the Democrats’ Campaigns to Defeat Trump” about Harris and Biden’s path to the White House.

In a companion piece in The Atlantic, Dovere wrote with astonishment that Harris just isn’t very good at politics.

Democrats can always count on friendly coverage from ideological fellow travelers like Dovere.

Instead, Harris keeps a press enemies list of reporters that don’t suck up to her with sufficient fervor.

“The Vice President and her team tend to dismiss reporters. Trying to get her to take a few questions after events is treated as an act of impish aggression. And Harris herself tracks political players and reporters whom she thinks don’t fully understand her or appreciate her life experience,” Dovere wrote.

Dovere added that Harris is a dull politician with little ability to generate a compelling interview or story.

“At times, she comes off as so uninteresting that television producers have started to wonder whether spending thousands of dollars to send people on trips with her is worthwhile, given how little usable material they get out of it,” Dovere added.

Another troubling aspect of Dovere’s reporting is that no one—neither Republicans nor Democrats—can explain what Harris does.

“Republican Senator Lindsey Graham of South Carolina told me he was ‘dumbfounded’ trying to come up with what Harris’s precise role or impact has been,” Dovere wrote.

But Graham’s claim that he can’t name anything Harris accomplished is not a partisan talking point.

Even an ally like Pennsylvania Senator Bob Casey couldn’t pinpoint one area of policy that Harris has her fingerprints on.

“It’s probably the case that there are a number of things where her imprint or her presence on that team is the reason why there’s a particular emphasis. I can’t say that I can identify one,” Senator Casey told Dovere.

Members of Congress were not willing to put their name on quotes minimizing Harris’s role in the administration, but were willing to speak anonymously to criticize Harris.

“Other members of Congress who have sat in Oval Office conversations with the president and vice president struggled to answer this question too,” Dovere added.

If Democrats end up with Kamala Harris as their nominee in 2024, they may enter the general election with a nominee with poor political instincts and skills.

Biden did not pick Harris because she developed a massive and hard to ignore constituency by running a strong presidential campaign.

After shooting to first place after her debate takedown of Joe Biden for palling around with pro-segregation senators, Harris’s campaign imploded as she could not answer basic questions about her policy proposals and tried the “fake it till you make it” strategy of trying to straddle the line between playing to the establishment and the grassroots.

Harris dropped out of the race months before the first votes were ever cast with her campaign account empty and her poll support near zero.

Biden selected her because he thought Harris’s biography checked the identity politics boxes Biden—a 78-year-old white man—needed to fill in order to excite the social justice-obsessed Democrat base.

Should Harris be the Democrats’ nominee in 2024 the party may pay the price.