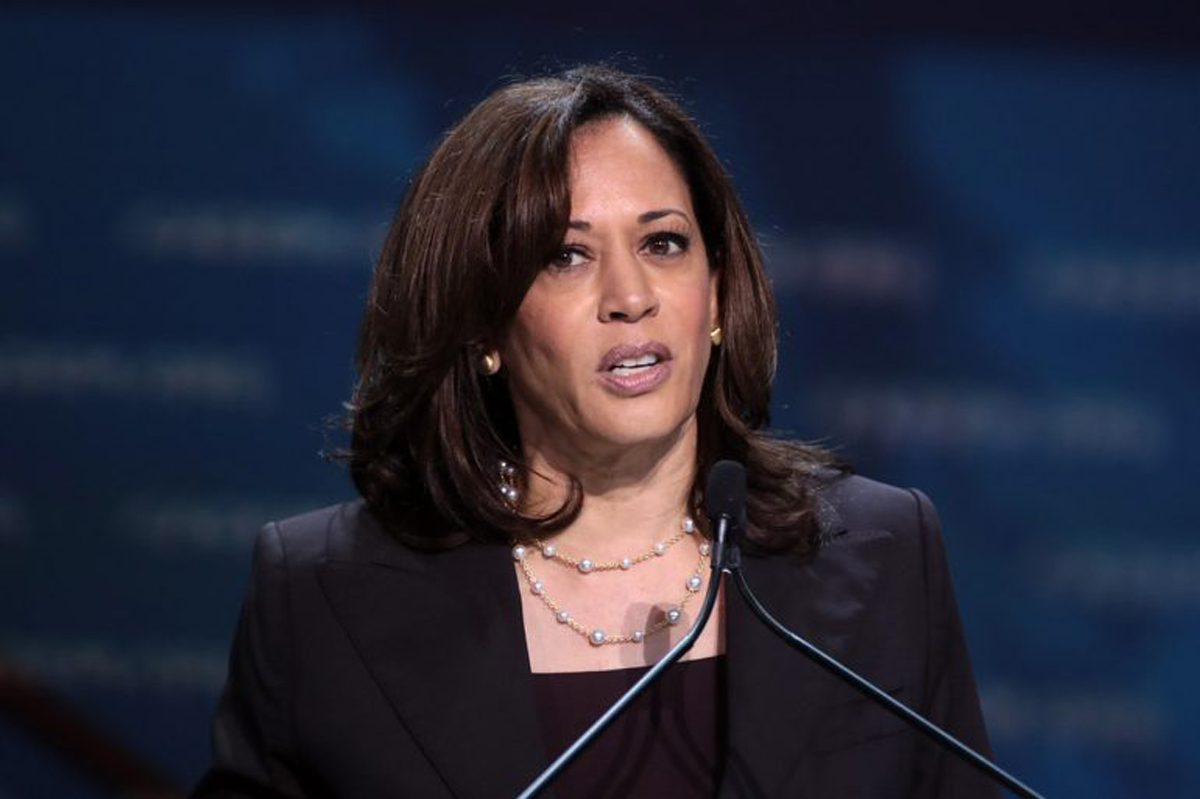 And Kamala Harris is terrified the American people will see this one video.

Joe Biden put Kamala Harris in charge of managing the crisis at the southern border.

Americans got a taste of just how seriously the Biden administration views the surge of illegal aliens rushing the border are to Democrats’ political viability in the 2022 and 2024 elections.

Texas Senator Ted Cruz led a delegation of Republican senators to the border to survey the crisis Biden created.

During the visit, Senator Cruz filmed video on his phone of the squalor Biden caged the illegal alien children in as the number of illegal aliens in the holding pens far outstripped the capacity limits.

When Cruz began documenting the Biden administration’s failure, a Biden apparatchik began obstructing Senator Cruz trying to block him from filming the scene of illegal alien kids in holding pens.

Cruz called out the unnamed Biden underling for trying to perpetuate a cover-up of the crisis at the southern border to protect the Democrats’ political interest.

“So you work for the commissioner. You’re a senior adviser. You were hired two weeks ago, and you’re instructed to ask us to not have any pictures taken here because the political leadership at DHS does not want the American people to know it,” Cruz stated.

“Please don’t treat the people as such,” the woman demanded.

Senator Cruz refused to back down.

“Your policies are unfortunately trying to hide them. I understand that you were instructed. I respect them, and I want to fix this situation, and the administration that you work for is responsible for these conditions,” Cruz added.

Appearing on Fox News, Cruz detailed the depth of the border crisis caused by Biden’s policies and rhetoric.

“The Donna facility where that video you just showed was taken, the Donna facility is this giant tent city that they’ve built. It’s massive. It’s designed to hold a thousand people, but under COVID restrictions, its capacity is 250. It right now has over 4,000 people in it. It is at a 1,500% capacity, and that meant you saw in these cages children, little boys and little girls, side by side, they’re not 6-feet apart,” Cruz stated.

You can watch the video at the bottom of this article.

Kamala Harris is now on the spot after Biden tapped her to oversee this crisis.

The video Cruz filmed is her failure as well.

Kamala Harris’ political “brand” could be defined by how the public views her handling of the border crisis.

And if the American people saw the true extent of the catastrophe at the border it could sink Harris’ 2024 ambitions.

How far is Joe Biden going to stop the American people from seeing inside the Donna CBP facility?

Biden sent a political operative from DC to block our cameras and even threatened another senator to obstruct legitimate congressional oversight. pic.twitter.com/vHT2U7Nh1z