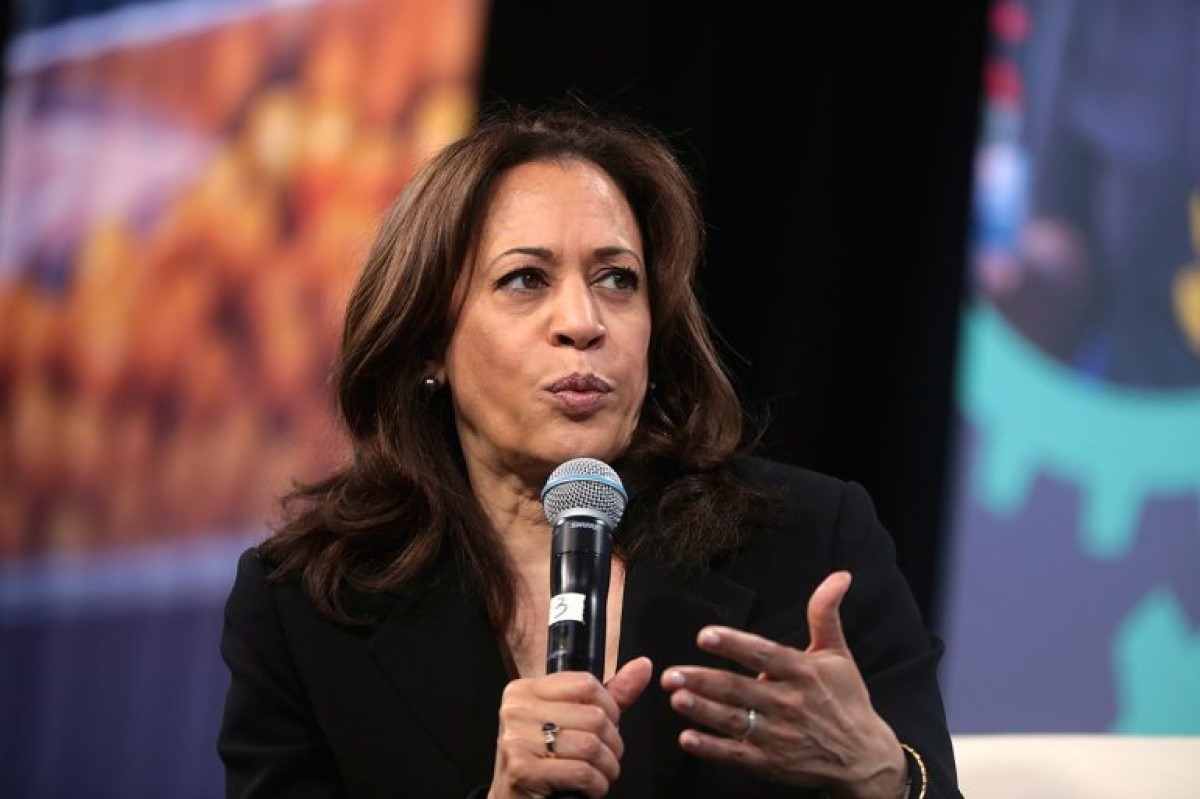 Democrats continue to roll their eyes at Kamala Harris’ incompetence.

Many on the left regret Joe Biden picking Harris as his running mate.

Now Kamala Harris stepped into it big time when she made this huge blunder.

Joe Biden and his closest aides are adamant that Joe Biden is running for re-election.

Biden continues to insist in public and private that he is the only Democrat that can defeat Donald Trump.

Biden will be 82 years old in 2024 and Biden’s cognitive decline is only getting worse.

Democrats realize that Joe Biden is senile, unpopular and unelectable.

And Kamala Harris is preparing behind the scenes to run for president by meeting with top donors.

Vice President Kamala Harris has been in touch with a small group of allies who helped to organize her successful California campaigns for district attorney, attorney general and U.S. Senate, and has held private meetings of at least three supporters in her residences, according to a person briefed on the matter. Harris has said in interviews that she plans to run on Biden’s ticket in 2024.

This person explained that Harris has been in touch with at least two wealthy friends: Vanessa Getty, a model and wife of Billy Getty, an heir to the billionaire Getty family, as well as Laurene Powell Jobs, a billionaire businesswoman and widow of the late Apple co-founder Steve Jobs. Both have been close to Harris throughout her political career, and Getty and her family fundraised for many of the vice president’s earlier campaigns for office in California and her unsuccessful 2020 run for president.

Powell Jobs recently met with the vice president at her residences, one of the people explained. Another person familiar with the meetings said “the vice president, when her friends are in town, always enjoys hosting at the residences and that is what the nature of their visits are.”

While Joe Biden is insisting that he is running for re-election even his own White House and big-money backers do not believe that is the case.

The vice president for any other president would not be meeting with deep-pocket contributors to lay the groundwork for a campaign during the first term.

But Joe Biden is not any other president.

Biden is the oldest president in American history and the most unpopular in the history of modern polling.

And since Democrats are getting ready to throw Joe Biden under the bus and pick a new candidate for 2024 Kamala Harris is letting the cat out of the bag that Joe Biden is not running for president.