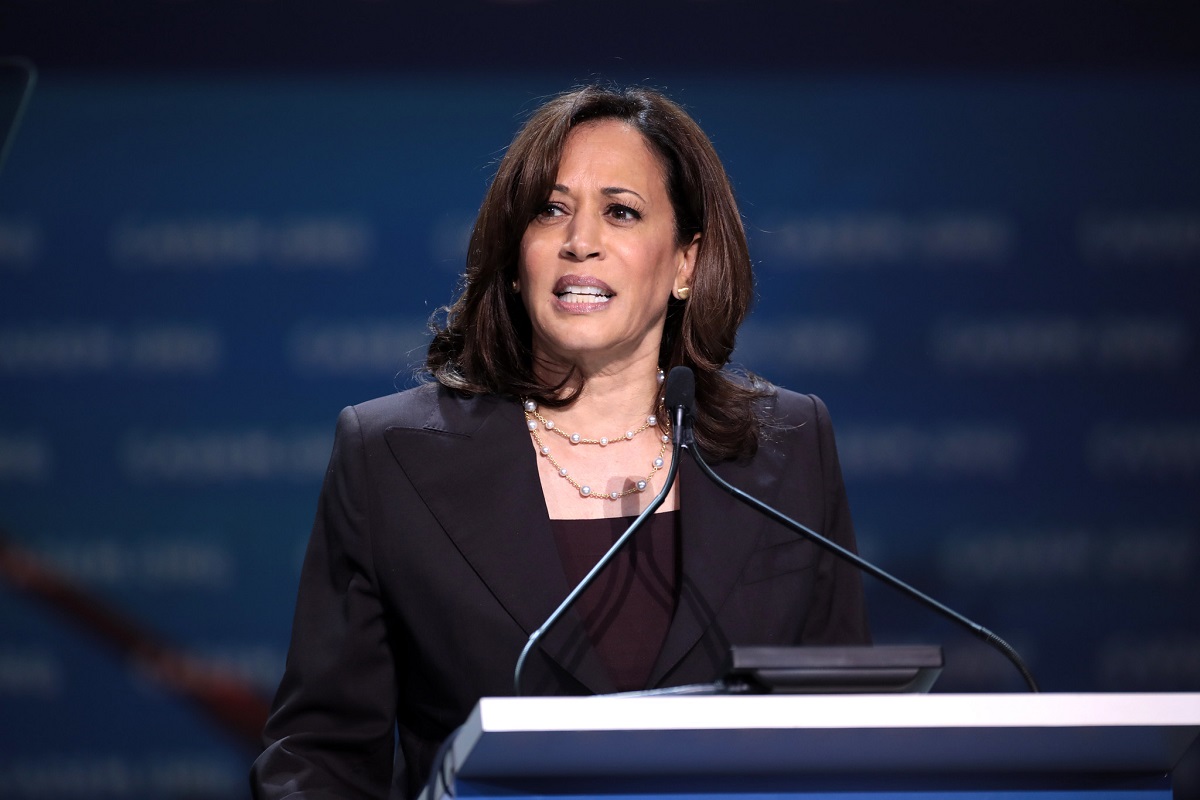 Kamala Harris creates one political nightmare after another for the Democrat Party and the Biden administration.

There is a reason a USA Today/Suffolk poll found just 28 percent of Americans approved of Harris.

And now this shocking video of Kamala Harris just caused a huge problem for Jen Psaki.

That rendered Harris a close contact for a COVID positive individual.

Yet Harris was seen at the ceremony following the Senate voting to confirm Ketanji Brown Jackson to the Supreme Court not wearing a mask and hugging Jackson.

“Does the CDC say the people who are close contact can give people hugs outside?” Doocy asked.

Psaki responded by stating that Harris was outside when she hugged Jackson.

“We know, Peter, that outside it is — You are — You can benefit significantly being outside, that’s why we have — We had the event outside today!” Psaki began.

But then Psaki falsely claimed that Harris wore a mask when she was indoors with Jackson.

“I will tell you that the Vice President has been wearing a mask inside. When there was a private greet they were all wearing masks,” Psaki added.

“She was playing an important role in overseeing the confirmation of the first black woman to the Supreme Court,” Psaki said. “The vast majority, as was on camera, Peter, as was on camera, let me finish my answer here because Fox — I don’t know that Fox carried it — but others did, saw that she was socially distant from people for the vast, vast majority of her time overseeing that confirmation yesterday.”

Joe Biden entered the White House with a majority of Americans approving of how Biden handled the coronavirus.

These poll numbers were built on lies from the corporate press about how Biden would “crush” the virus and that Donald Trump supposedly “botched” the response to the pandemic.

Americans quickly saw when the Delta variant hit last summer that all of the mandates Biden and the Democrats supported did nothing to slow the spread of the virus.

Even worse, Democrats knew masks, lockdowns and vaccine passports were useless because Democrats refused to abide by them when they thought no one was looking.

And that spirit of liberal hypocrisy – embodied by Harris not wearing a mask even after coming in close contact with a COVID positive staff member – explains why polls show voters prepared to take out their anger on Democrats at the ballot box.