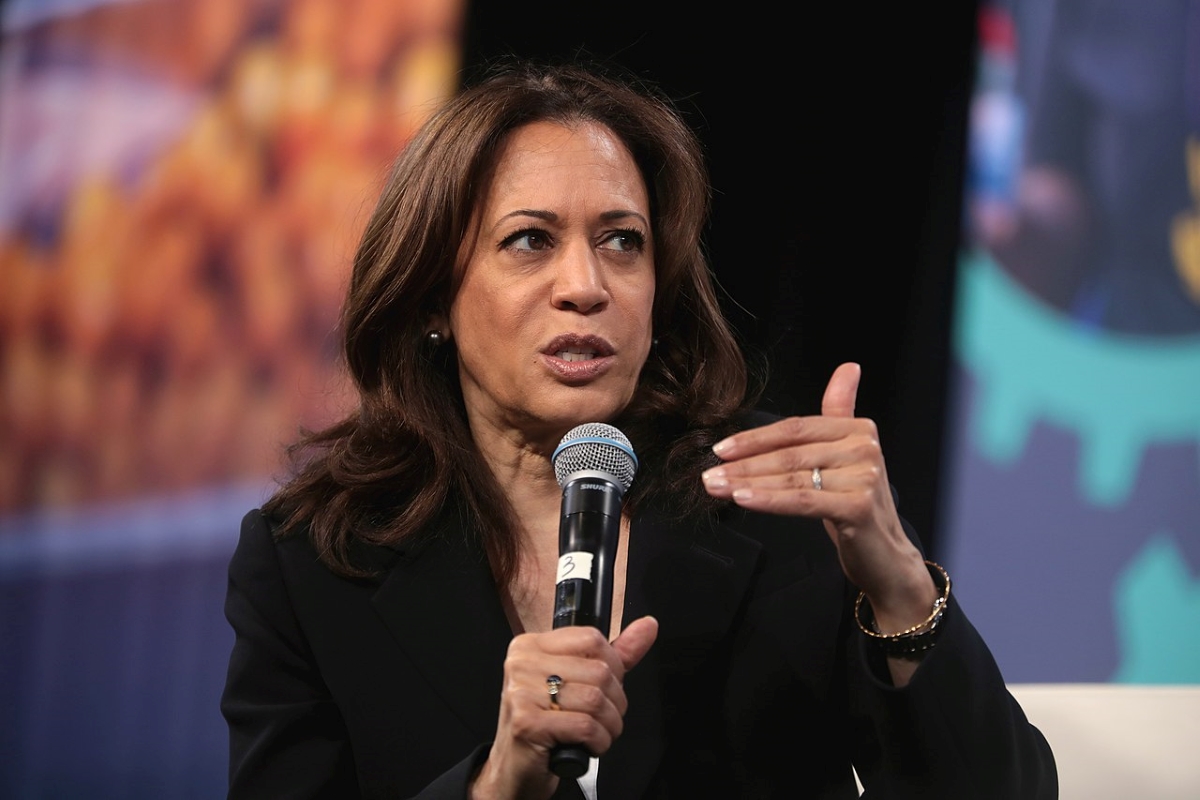 Kamala Harris is facing intense scrutiny after botching her role as border czar.

But there was more bad news on the way.

And Kamala Harris never expected her new promotion would take this turn on her first day.

Joe Biden tasked Kamala Harris with heading up his administration’s efforts to pass the so-called “For the People Act.”

Republicans slammed this bill as the “Corrupt Politicians Act” arguing it was a power grab that would open elections up to mass fraud and entrench a permanent Democrat Party majority.

The legislation mandates, universal voter registration, mailing solicited ballots to every voter in all 50 states, and ballot harvesting eviscerate the ability of states to enforce voter ID laws.

The only way this legislation will pass is if all 50 Democrats unite to trigger the nuclear option and eliminate the filibuster with Kamala Harris casting the tie-breaking vote.

Those dreams died the day after Biden put Harris in charge of muscling the Democrats’ election scheme through the Senate.

“As folks in Arizona know, I’ve long been a supporter of the filibuster because it is a tool that protects the democracy of our nation,” Sinema explained, “Rather than allowing our country to ricochet wildly every two to four years back and forth between policies.”

Sinema represents a newly purple state and expressed her desire to work in a bipartisan manner rather than change the rules via a one-party power grab.

“So I’m going to continue to go to work every day, aggressively seeking bipartisanship in a cheerful and happy warrior way as I always do, and showing that when we work together we can get things done,” Sinema added.

Sinema also rejected the Democrat Party talking point popularized by Barack Obama that the filibuster—which existed since the early 1800s—was a relic of the Jim Crow era.

Joe Biden’s far-left agenda is piling up in the Senate as it becomes clear that Democrats do not have the votes to wipe out the filibuster.

But none of those pieces of legislation will attract 10 GOP votes to break a filibuster in the Senate.

By naming Kamala Harris as the point person on voting initiatives, Joe Biden dumped this mess in her lap.

And right off the bat a key Democrat made it clear Harris was doomed to fail.