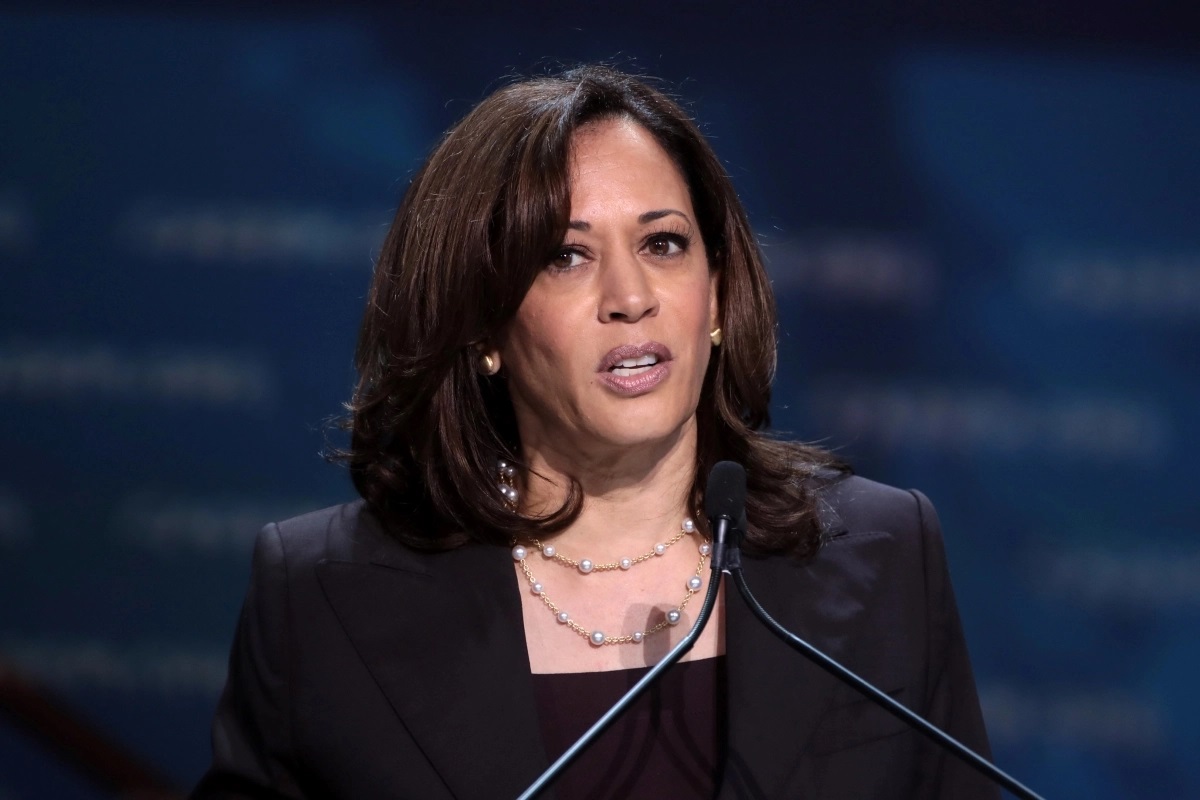 There doesn’t look to be any end in sight.

All hell was breaking loose because of what Kamala Harris just told the Navy.

In many respects the administration treats Harris as the president in all but name.

Harris held meetings and phone calls with foreign heads of state in direct violation of protocol.

No one can remember a similar instance where the vice president’s name was put on equal footing with the president’s.

Harris fueled more worries about her status in the administration with her speech to the 2021 graduating class at the Naval Academy.

In her remarks, Harris elevated the threat of so-called “climate change” to equal footing with cybersecurity and pandemics.

“Just think, a deadly pandemic can spread throughout the globe in just a matter of months. A gang of hackers can disrupt the fuel supply of a whole seaboard. One country’s carbon emissions can threaten the sustainability of the whole Earth,” Harris declared.

Harris claimed it was up to the modern Navy to defend America from the threat of so-called “climate change.”

“This, midshipmen, is the era we are in, and it is unlike any era that came before. So [the] challenge before us now is how to mount a modern defense to these modern threats,” Harris claimed.

“I look at you and I know you are among the experts who will navigate and mitigate this threat,” Harris added.

Harris did not mention Communist China.

This speech came days after the Wall Street Journal reported three researchers at the Wuhan Institute of Virology entered the hospital in November 2019 to receive treatment for a severe respiratory illness.

This was the most powerful data point in convincing any holdouts that the coronavirus escaped from a laboratory in Communist China.

Republicans blasted Joe Biden for canceling an investigation into the origin of the coronavirus after the Wall Street Journal story about Chinese researchers developing COVID-19-like symptoms.

Biden pivoted to ordering the intelligence community—whose credibility took a beating due to the Russian collusion hoax—to report back to him by the end of August on their conclusions on the origins of the coronavirus.

Harris droning on about so-called “climate change”—when so many of the “doomsday prophecies” about the ravages of “climate change” failed to materialize—and ignoring the threat posed by Communist China have many Americans concerned about the priorities of the administration.