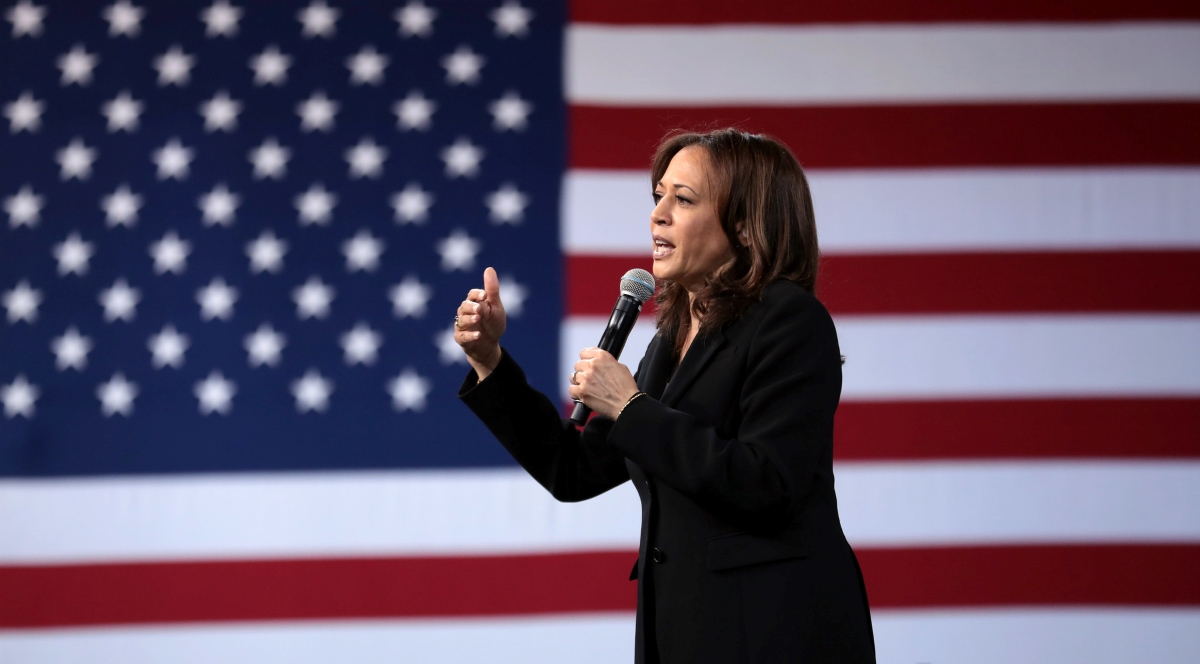 It was assumed that Kamala Harris would replace Joe Biden for the 2024 election.

But Harris is learning that may not be the case.

Kamala Harris looked on in disbelief at what Joe Biden said about this Democrat rival.

If Joe Biden runs for re-election, he will be 81 years old.

Biden’s cognitive decline is likely to only get worse over the next three years, and Biden’s fitness for office could become a major campaign issue.

When Biden ran in 2020, he described himself as a transitional candidate that would pass the mantle to the next generation of Democrats.

Everyone assumed that meant Biden wouldn’t run in 2024 and would instead endorse Kamala Harris.

That may no longer be the case.

Democrats and administration officials took stock of Harris’ performance in her first nearly six months in office and came away horrified at the prospect of turning the Democrat Party’s political fortunes over to Harris in 2024.

Biden officials now panic that Harris could not defeat Donald Trump or whoever the Republicans nominate in 2024.

Yet many Democrats, including some current senior administration officials, are concerned she could not defeat whomever the Republican Party puts up — even if it were Donald Trump.

One Democratic operative tells Axios’ Alayna Treene that most Democrats aren’t saying, “‘Oh, no, our heir apparent is f***ing up, what are we gonna do?’ It’s more that people think, ‘Oh, she’s f***ing up, maybe she shouldn’t be the heir apparent.'”

Some Democrats close to the WhiteHouse are increasingly concerned about Harris’s handling of high-profile issues and political tone deafness, and question her ability to maintain the coalition that Biden rode to the White House, sources tell Axios’ Hans Nichols.

It would be difficult from an optics perspective to replace Harris – who is the first black woman vice president – with another candidate.

But the fear of Trump winning again overrides everything in the Democrat Party.

Harris also has no political base for her as demonstrated by her disastrous 2020 presidential campaign where Harris dropped out months before the first vote with next to no support in the polls or ability to raise money.

Harris is now besieged by leaks from inside the administration as POLITICO recently ran a story where aides say Harris’ office is a “sh!tshow” and a toxic work environment.

The leaks in POLITICO and Axios could be the early stages of a campaign to dislodge Harris from her status as the “heir apparent” because Democrats fear she is a sure-fire loser as a candidate in 2024.