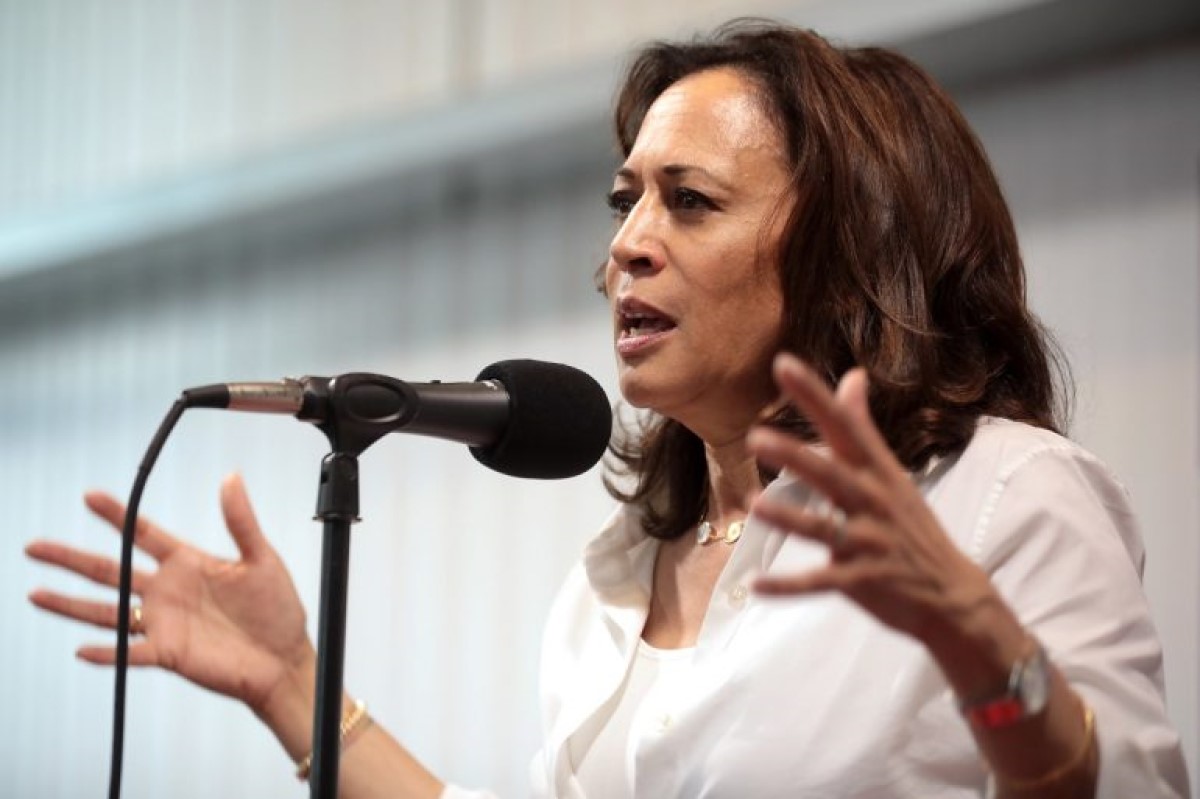 Kamala Harris is a national punchline as Vice President.

Even Democrats don’t really want her out front.

And Kamala Harris said something awful in public that made everyone turn away in embarrassment.

In recent months the White House has done their best to keep Kamala Harris as much out of sight as possible since she has a habit of often making Democrats look bad.

She’s been given the easiest possible assignments, yet she manages to fail even at those.

Harris, who serves as chair of the National Space Council, travelled down to Florida for the launch of Artemis I where she said that the space program will benefit “all mankind and womankind.”

The Artemis project is a goal of NASA missions designed to land the first woman and the first person of color on the Moon.

NASA states in their mission that they plan to “explore more of the lunar surface than ever before” and “collaborate with commercial and international partners and establish the first long-term presence on the Moon.”

“The Artemis program is the beginning of the next era of what we have a history and a tradition of doing, of providing vision and inspiring innovation in a way that is going to benefit all mankind and womankind. And so I’m very excited to be here. Looking forward to tomorrow,” Harris said.

Harris appears not to be aware that the term “mankind” is a gender-neutral term that refers to the human race collectively.

Yet in order to gain more woke credit Harris decided to make “mankind” into a gendered term so that she could use the word “womankind” and look progressive and feminist.

Liberals are hyperfocused on treating women as a special protected class while they are working to break down the very concept of biological manhood and womanhood.

Harris has supported the erosion of biological reality. During an anniversary of the signing of the Americans with Disabilities Act in July, Harris introduced herself with her preferred pronouns.

“Good afternoon. I want to welcome these leaders for coming in to have this very important discussion about some of the most pressing issues of our time,” Harris began. “I am Kamala Harris. My pronouns are ‘she’ and ‘her,’ and I’m a woman sitting at the table wearing a blue suit.”

Harris was also blasted in March for pushing a bill that would allow men to compete in women’s sports.

“Let’s send the Equality Act to President Biden’s desk,” she tweeted. “We must increase protections for LGBTQ+ Americans across the country. The onslaught of state bills targeting transgender Americans and their families is wrong.”