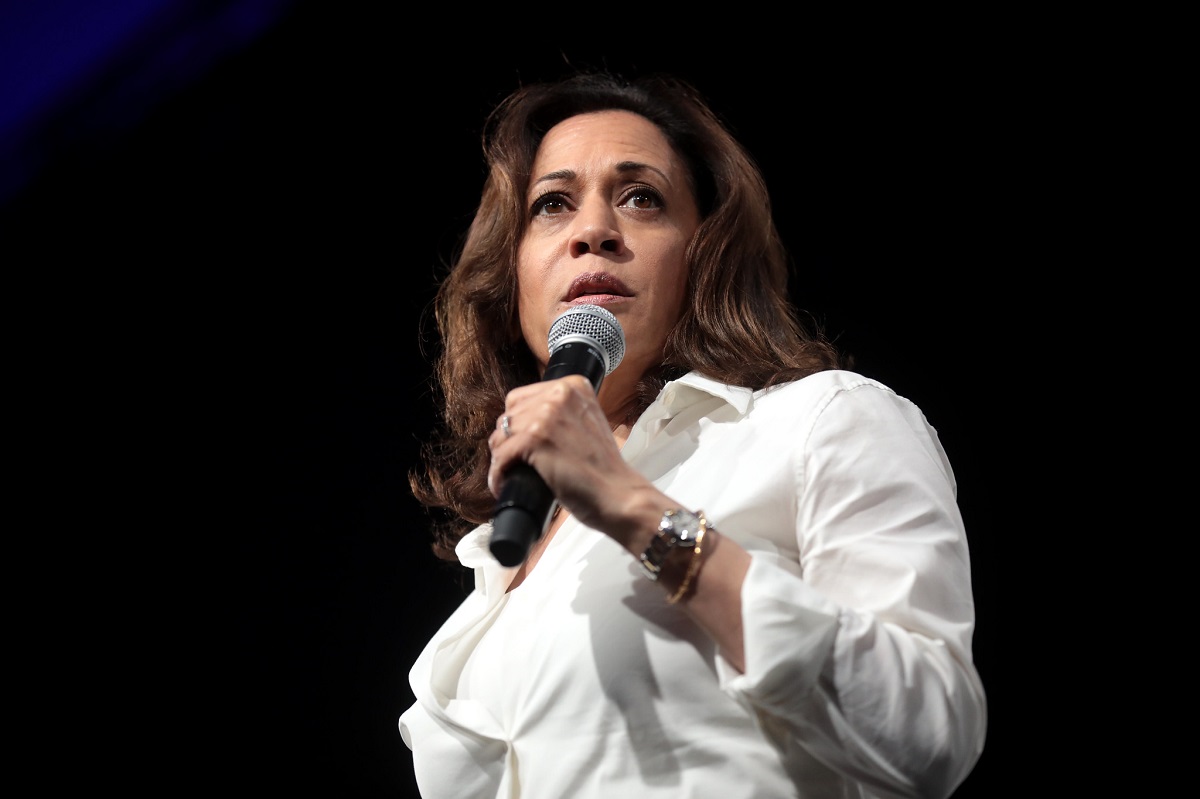 There is a growing controversy surrounding Kamala Harris.

Democrats are being forced to accept reality.

And Kamala Harris is worried sick about what every Democrat says about her behind closed doors.

Joe Biden is 79 yearsold and in clear cognitive decline.

And to make matters worse, Biden’s poll numbers deteriorated just as rapidly as his mental faculties.

Democrats thought they had a viable plan B.

Joe Biden selected Kamala Harris and the hope was that Harris could slide in to take Biden’s place in 2024 as a female version of Barack Obama running as a historic candidate as the first black female presidential nominee.

But Democrats that supported Harris based on identity politics instead of her qualifications were in for a rude awakening.

Harris is a gaffe-prone disaster with no management skills or political instincts.

Every Harris public appearance is a disaster that leads to negative news cycles and Harris failed at her number one job serving as Biden’s border czar.

Even though Harris hides from the public as much as possible, a recent USA Today/Suffolk poll found Harris’ approval rating plummeting to a toxic 28 percent.

Harris’ political standing is so damaged that Democrats told the Los Angeles Times that there is “open panic” among Democrat Party leaders about the prospect of Kamala Harris running against Donald Trump in 2024.

But many leading Democrats are increasingly public in their belief that Harris, the first woman to be vice president as well as the first Black and Asian American person, will not come into the next nominating race as the prohibitive favorite. They argue in favor of a wide-open primary geared toward finding a general election winner above all else. Transportation Secretary Pete Buttigieg is often mentioned as a potential contender, but Democrats expect others will emerge as they did in the crowded 2020 field, which also included Harris…

Some are privately discussing what veteran Democratic strategist Paul Maslin called an “extremely worrisome” problem for the party as it contemplates Trump’s potential return. The party’s loss this month in the Virginia governor’s race — a blue-leaning state that is normally seen as a bellwether — has further heightened anxiety ahead of next year’s midterm election, where the party in the White House almost always loses congressional seats.

“It’s open panic,” said another Democratic operative who would not use his name for fear of alienating the administration, adding that some party activists worry Harris doesn’t have the political skills to navigate such difficult times.

Harris ended a humiliating 2020 presidential campaign not even making it to the first primary.

Harris dropped out around Thanksgiving 2019 due to cratering poll and fundraising numbers.

That summer, Harris shot to the top of the polls after dissecting Joe Biden in the first debate for being a racist.

But Harris changed who she was and what she believed in every week based on her poll numbers and Democrat voters abandoned Harris after judging her as a fraud with no moral or philosophical core.

Even after Biden named Harris as his vice president, the story remains the same.

The longer Americans are exposed to Kamala Harris the less they like her.

With the Biden administration’s failures on inflation, the border, the economy, COVID and Afghanistan piling up like a bad car wreck, Democrats cannot afford to run a badly damaged Harris as their candidate in 2024.

But the party is in a panic trying to figure out how to justify to the woke social justice warriors that make up the party’s base how the elites plan to take the nomination away from a black woman and hand it to someone else – especially if that someone else is a white male like Transportation Secretary Pete Buttigieg.