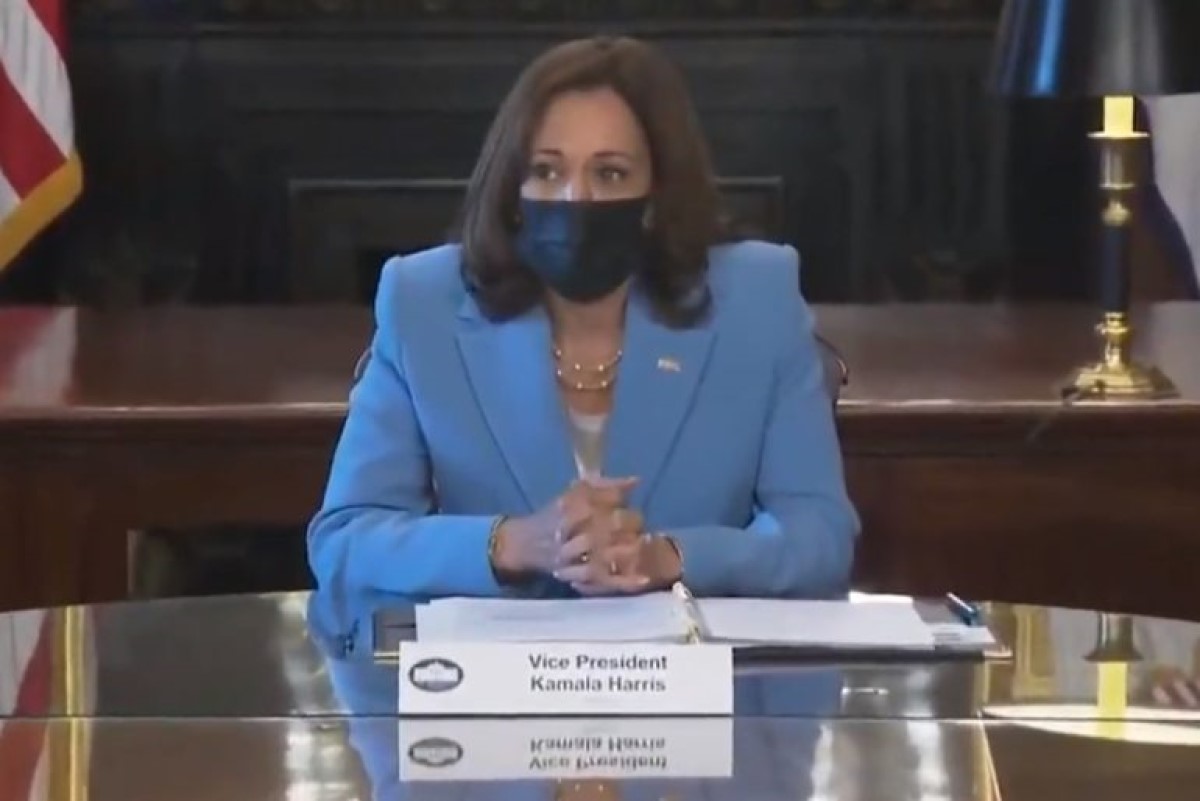 Kamala Harris continues to be a political liability for Democrats.

There is a reason so few Democrats think she can win a presidential election.

Now Kamala Harris is finished after what she just got caught doing in public.

A masked Kamala Harris sat in a room full of other masked women and began the introductions by declaring her pronouns, that she was a woman and wearing a blue suit.

"I am Kamala Harris, my pronouns are she and her, and I am a woman sitting at the table wearing a blue suit." pic.twitter.com/kz7tx712wK

This video encapsulated everything Americans hate about the increasingly woke, COVID-hysteric Democrat Party under Joe Biden.

CNN activist DJ Judd played the role of White House press aide claiming Harris only used her pronouns because she met with disability advocates and some were blind or visually impaired.

Vice President Kamala Harris introduced herself with her pronouns and a physical description in an effort to accommodate the blind and visually impaired participating in today's roundtable with disability advocates– a move the RNC is mocking her for: https://t.co/SG9UlEJHZb https://t.co/4sY2vn2W0Y

But that explanation didn’t hold water.

If someone is blind, what difference does it make if Kamala Harris tells them what color her suit is?

Conservative activist Christopher Rufo explained that Harris recited the woke incantation of reciting her pronouns and gender because the whole scene was designed to show to the left-wing base of the Democrat Party that Harris submitted to their bizarre catechisms.

It's stunning to watch the language of gender ideology capture institution after institution, all the way to the Vice Presidency of the United States. This isn't about pronouns; it's about signaling and then setting the expectation for ideological submission. https://t.co/ZjaNMQ6OeZ

A New York Times/Siena poll found 64 percent of Democrats do not want Joe Biden to run for re-election.

But Kamala Harris is not exactly a superstar in the Democrat Party.

Polls show Harris is even more unpopular than Biden.

And Harris flamed out during the 2020 Democrat presidential primary dropping out months before the first votes were cast as Harris alienated both establishment and base Democrat voters and donors.

Harris is still trying to repair that damage ahead of a likely presidential campaign in 2024.

Proving she is a social justice warrior in good standing is clearly a step Harris believes she needs to take.

But wearing masks indoors in July 2022 and reciting pronouns is a surefire way to guarantee that the realignment of Asian, black and Latino working-class voters in the GOP continues apace.