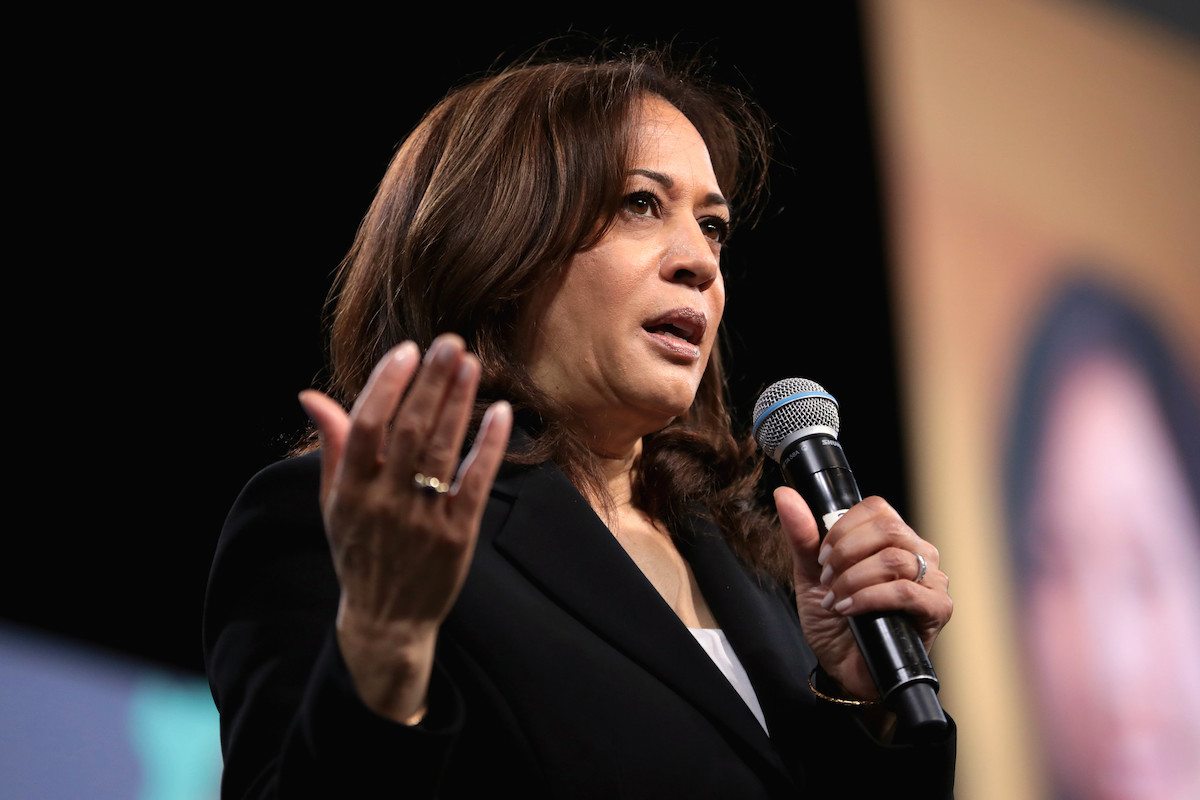 Kamala Harris’ time as Vice President is not running as smoothly as Democrats thought.

Kamala Harris got called one name that left everyone speechless.

Axios reported that the administration turned 50,000 illegal aliens loose into the country and just 13 percent appeared on the designated day they were told to show up at an ICE facility.

Fox News reported the administration released illegal aliens that tested positive for coronavirus into the custody of a Catholic charity who then checked the COVID infected illegal aliens into hotels with no notice.

Law enforcement only found out the COVID positive illegal aliens were in the hotel after a customer reported a family of illegal aliens showing symptoms of coronavirus eating at a local restaurant.

“Police in La Joya, TX, a Border town, announce a charity has rented an entire hotel here for COVID-positive migrants. They say they only found out when a family, showing symptoms and staying there, ate at a restaurant next door. A customer flagged down a police officer,” Fox News Channel State Department correspondent Rich Edson reported.

Republicans argue these failures fall at her feet.

Texas Congressman Tony Gonzalez described Harris and Biden as “AWOL” in an interview with “Fox and Friends.”

“Things are as bad as it has ever been,” Gonzalez declared.

“It hasn’t gotten better. It has only gotten worse. And sadly, Texans feel as if we’re alone, and we see it. We’re doing everything we possibly can to fight against this immigration crisis. But the ‘big guy’ is AWOL. Kamala Harris is AWOL. The federal government is nowhere to be found. Texans are having to take care of Texans as we fight through this pandemic.”

Gonzalez added frightening details about how the illegal alien surge flew so far out of control in his border district that county judges began ordering extra body bags.

Joe Biden’s approval rating dropped nine points in one month according to the latest Gallup poll.

Americans are worried about the inflation crisis.

And they see the Biden administration trying to impose a permanent state of pandemic restrictions on mask wearing and mandatory vaccinations.

But the border crisis registered in polls as Biden’s biggest weakness from day one.

Americans could already see that Biden initiated this catastrophe by creating new magnets attracting waves of illegal immigration through a combination of rolling back immigration enforcement and Donald Trump’s border policies.

And Kamala Harris has done nothing to put out this political fire.

If you want Great American Daily to keep you up to date on any new developments in this ongoing story and the rest of the breaking news in politics please bookmark our site, consider making us your homepage and forward our content with your friends on social media and email.