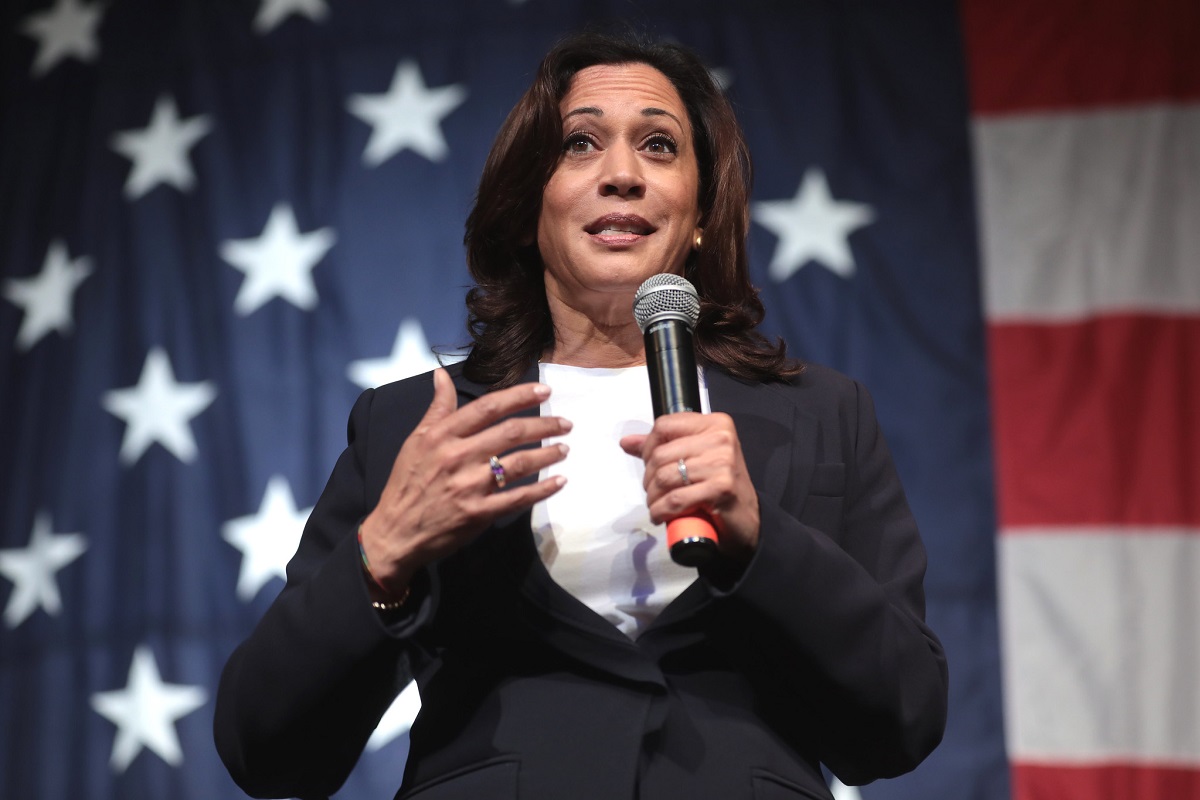 Kamala Harris may very well be the Democrat nominee for President in 2024.

That would put her on a collision course with Donald Trump.

Kamala Harris got surprised by some bad news that made every Democrat nervous about 2024.

Pollsters are already starting to take stock of the 2024 landscape.

One pollster taking early surveys of the potential political terrain is John McLaughlin, who polled for Donald Trump’s 2020 re-election campaign.

The latest McLaughlin and Associates poll produced some results that will surprise the so-called political “experts” in the corporate media.

McLaughlin’s poll found a clear majority of Americans believe that Joe Biden will step down as president before the 2024 election.

“Nearly six in 10 voters, say that since President Biden will be 82 in 2024, it is likely that he will not finish out his term. Vice President Kamala Harris will be president before the end of Biden’s four-year term. This is down from 62% who said that possibility was likely last month, but only 32% of voters in September said that it’s not likely,” McLaughlin wrote in a Newsmax op-ed describing the poll results.

The poll also found that should Joe Biden not run for re-election in 2024, Kamala Harris starts as a weak frontrunner for the nomination with just 29 percent of Democrats listing Harris as their top choice.

If a Democratic 2024 presidential primary were to happen without Biden, then Vice President Harris starts out as the frontrunner with 29% of likely voters supporting her candidacy.

But the big takeaway – and the big nightmare for Democrats – is that the McLaughlin poll showed Donald Trump leading Kamala Harris 49 to 47 in a hypothetical 2024 matchup.

Joe Biden is clearly diminished and is in cognitive decline.

It will be difficult for an 82-year-old Biden to convince Americans that he can handle four more years in the White House.

That would leave Democrats stuck with Kamala Harris – who polls show is the most unpopular vice president in the last 50 years.

Americans increasingly see Harris as the face of the administration’s failure to secure the border and stop the illegal immigration crisis.

The number one fear every Democrat possesses is that Donald Trump will win another term in the White House.

Kamala Harris is a weak candidate that this poll shows Donald Trump could defeat.

But Democrats may be stuck with Harris in 2024 because of the party’s dependence on identity politics.