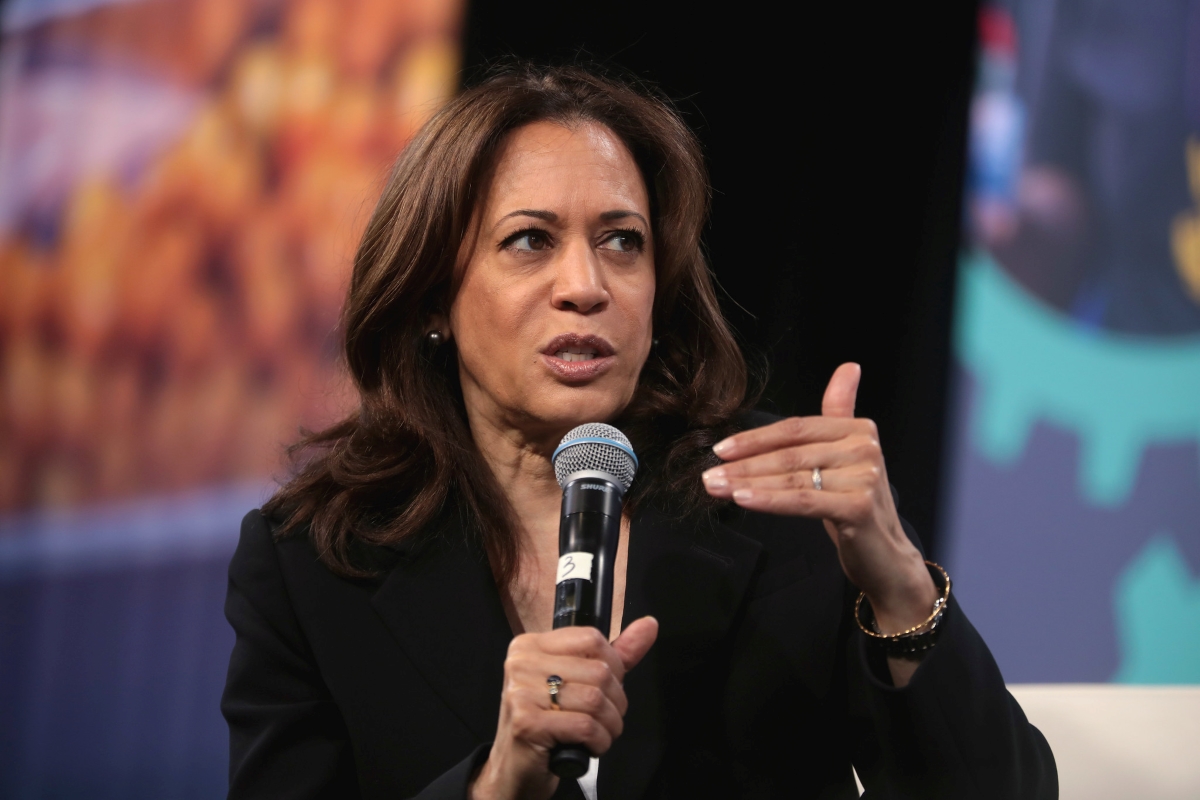 Everyone expects Kamala Harris to take over for Joe Biden.

To many Americans, it is a question of when and not if.

But Kamala Harris stepped in it when she answered one question that left Democrats in a panic.

Republicans have countered the proposed package with a $600 billion alternative.

But Brian Deese, director of the National Economic Council, said on NBC’s “Meet the Press” that Biden is unwilling to compromise.

The fate of the spending bill lies in the hands of moderate Democrats like Sen. Joe Manchin (D-WV) who have raised concerns about that current spending bill.

Manchin has criticized Biden’s proposed bill for spending too freely instead on focusing on giving aid to the people who need it.

But despite Biden promised “unity” he isn’t willing to compromise, even with moderate Democrats.

In a move that seemed calculated to pressure Manchin, Vice President Kamala Harris went on West Virginia television station to push for the spending bill without consulting Manchin.

“I saw it. I couldn’t believe it. No one called me,” Manchin said of Harris’ Thursday interview on West Virginia’s WSAZ. “We’re going to try to find a bipartisan pathway forward. I think we need to. But we need to work together. That’s not a way of working together, what was done.”

When pressure on why Harris went out and gave this interview, White House Press Secretary Jen Psaki responded unspecific ally that “we want to make the case to the American people across the country. … This is a way to do just that.”

But according to the mainstream media levelling any criticism at Harris is unallowable.

Whoopi Goldberg said on Monday’s broadcast of ABC’s “The View” that Manchin was out of line for criticizing Harris’ TV appearance.

Goldberg said, “OK, so let me just point this out, Joe, she is the vice president. She does not work for you. She doesn’t need your permission to go do this. When you talk like that, it sounds a little bigoted, like you think you have the right to tell her when she can and cannot come someplace.”

She added, “I think it’s really disrespectful politics myself.”

According to Goldberg and the leftist media it is now “bigoted’ and “disrespectful” to even look for bipartisan solutions.

This places Manchin and other Democratic moderates in a precarious position.