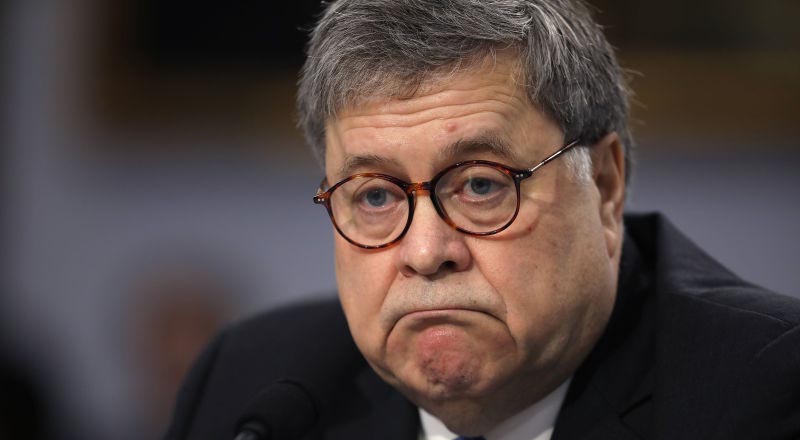 However he never counted on Attorney General William Barr.

But a judge just proved Barack Obama guilty of a terrible cover up of this mind blowing crime.

Attorney General William Barr confirmed that the FBI – under Comey’s direction – as well as the Obama Justice Department – spied on the Trump campaign in 2016.

“That the word should be the human source and act like you didn’t do what you did. And I don’t care if you call it a spy, human source, intelligent seeker, gather or a ghost — a spy is a spy. And rose by any other name is still a rose. And by the way, in the first application, that you signed, it says that not only do foreign powers engaged in spying the U.S. to obtain information but that Russia has tried to influence elections since the 1960s.”

“You couldn’t get Barr to recuse himself in your liberal friends couldn’t either. So, the liberal faculty circus will attempt to destroy him. I got the news. That’s never going to happen. The days of no accountability and no consequence are over. Jim, history will not work kindly on you. Bill Barr is everything you are not: a quiet professional, someone who understands that lady justice is blindfolded for a reason. The days of lies and coverups are over. Enjoy your freedom, Jim while you’ve got it.”

Attorney General Barr noted that the Office of Inspector General was investigating the decisions to spy on the Trump campaign.

Barr reported to Congress that the probe would wrap up in May or June.

That is bad news for James Comey and other Obama Deep State agents.

North Carolina Congressman Mark Meadows stated that he expected criminal referrals to come out of the investigation.

“We’re fully anticipating that the [inspector general’s] report will come out as Attorney General Barr said in the next four to six weeks, and I think it’s highly likely that we’ll see criminal referrals coming from them that will correspond with what Chairman [Devin] Nunes has already put forth,” Meadows stated in an interview aired on Maria Bartiromo’s Fox News program.

That means Judge Jeanine was not bluffing with her comments.

The time is coming where James Comey and his co-conspirators will be held accountable for their crimes against the American people.

When that happens, there will be only two questions left that will still need answers.

What did Barack Obama know, and when did he know it?