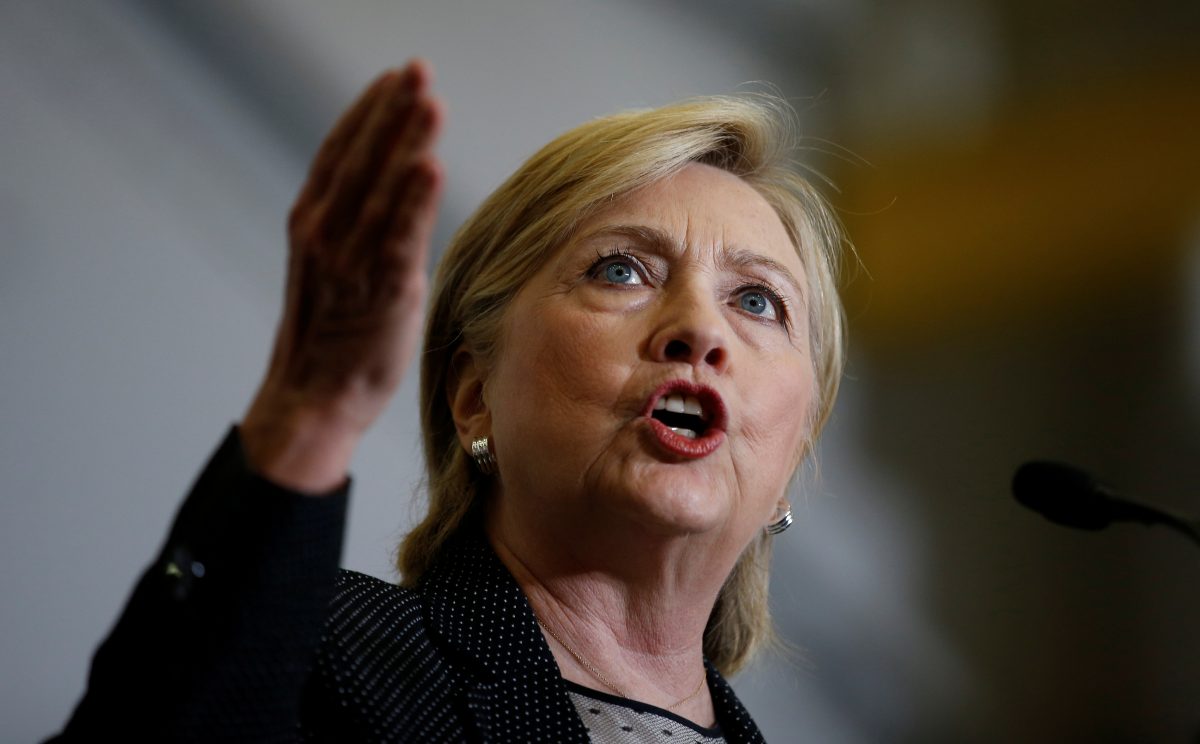 The former First Lady’s day of reckoning has finally arrived.

Now a judge just ordered Hillary Clinton hauled in. This is what she has to answer for.

Back in 1996, Bill Clinton came to the rescue of his former CIA director, granting him a pardon right before John Deutch was going to take a plea deal that had been offered by the Justice Department.

What was the crime that he had committed?

Yet the Clintons claim to have been so ignorant of the law that they never considered that having Clinton’s emails with sensitive classified material in them wasn’t a good idea.

It seems like a rather far-fetched explanation, as does the explanation that Hillary Clinton was unaware that her emails were deleted after they were subpoenaed.

Though in fact, mishandling classified information is a crime regardless of intent.

James Comey, who was then the Director of the FBI, found that Hillary Clinton has been “extremely careless in their handling of very sensitive, highly classified information.”

So according to James Comey, Hillary Clinton was extremely careless but that wasn’t a crime like being grossly negligent.

He contradicted himself with his own words since grossly negligent and extremely careless mean the same thing.

The email scandal cost Hillary Clinton big in the 2016 election, but the criminal case against her has not been prosecuted.

But now all of that is about to change.

Hillary Clinton is going to have to explain her mishandling of classified information under oath, according to the Washington Examiner:

A federal judge granted a request from conservative watchdog Judicial Watch to question former Secretary of State Hillary Clinton in person and under oath about her private email server and the 2012 Benghazi terrorist attack.

“The Court agrees with Judicial Watch — it is time to hear directly from Secretary Clinton,” U.S. District Court Judge Royce Lamberth said in an 11-page ruling on Monday. It is the latest twist in a nearly six-year-long case related to Clinton’s reasons for setting up her illicit private email server and whether she was attempting to avoid Freedom of Information Act requests by doing so.

The judge said Monday that “Judicial Watch correctly points out that many questions regarding her understanding of these obligations remain unanswered.” He listed some remaining questions: “How did she arrive at her belief that her private server emails would be preserved by normal State Department processes for email retention? … Did she realize State was giving ‘no records’ responses to her FOIA requests for emails? … And why did she think that using a private server to conduct State Department business was permissible under the law in the first place?”

Those are questions that need to be answered because no one should be above the law, especially not the rulers of the land.

Great American Daily will keep you updated on any developments in this interesting case.