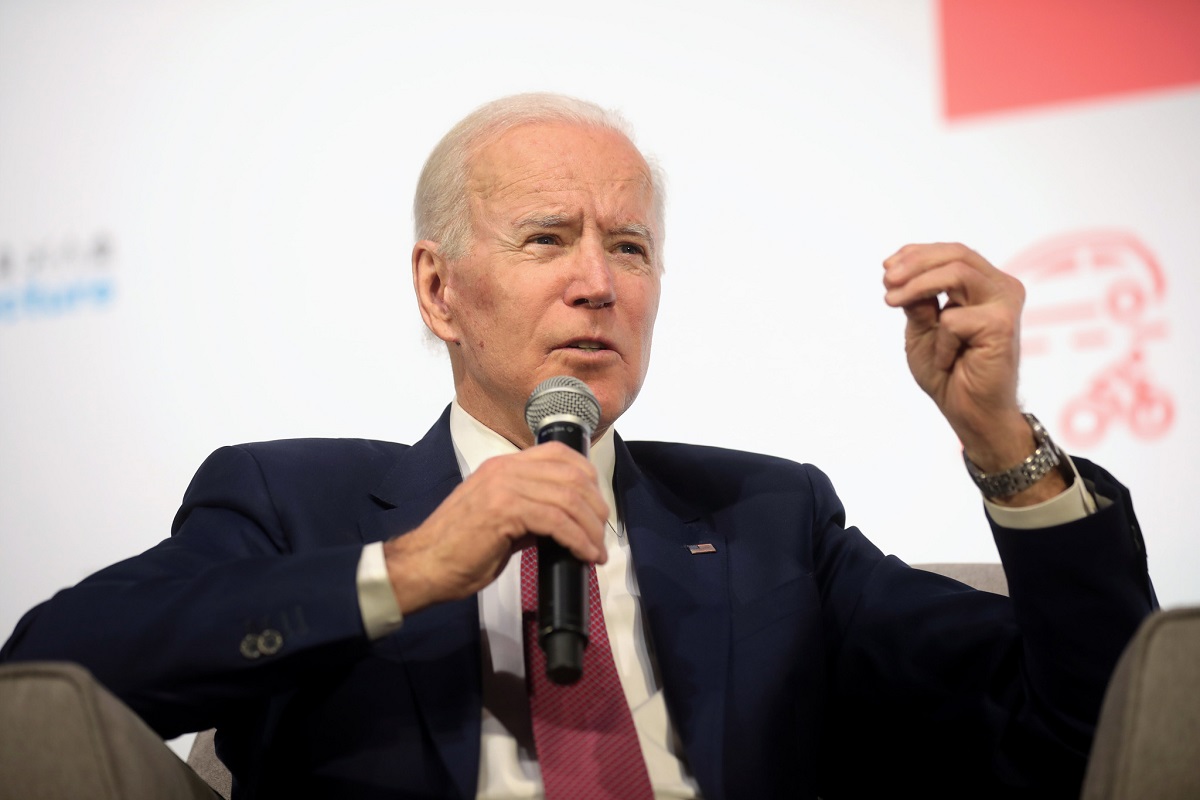 The Biden administration finally came out and admitted it.

And it’s even more disturbing than you think.

What Joe Biden has planned for a new world order will leave jaws on the ground.

Joe Biden’s failed agenda caused inflation to surge to a 40-year high and gas prices to spike to a record level.

Biden choked off the production of American oil and natural gas while slapping sanctions on Russian energy that backfired.

While the cost of gas surged to over $5 per gallon in America, Russian President Vladimir Putin is set to prop his economy on the back of the fortune Russia raked in as oil and natural gas are its chief export.

At a NATO summit a reporter asked Biden how long the American people would have to bear the burden of record-high gas prices.

“As long as it takes,” Biden shot back.

Heartless ~ ~ Reporter: “How long is it fair to expect American drivers…to pay that premium for this war?” Biden: “As long as it takes.” pic.twitter.com/YrhSSaIQef

National Economic Council Director Brian Deese doubled down on this insane rhetoric and told CNN that $5 per gallon gas prices were just the cost of the new world order that the American people must pay.

“What you heard from the president today was about the stakes,” Deese stated. “This is about the future of the liberal world order, and we have to stand firm. But at the same time, what I’d say to that family, to Americans across the country is, you have a present administration that is going to do everything in its power to blunt those price increases and bring those prices down. Good news, over the last two weeks, we’ve seen the price at the pump come down about 20 cents, but it is still unacceptably high.”

Deese then showed the administration had no strategy to deal with record gas prices by floating a doomed-to-fail proposal to cap the price of Russian oil.

“That’s why the president, before he was at NATO and the G7 earlier this week, was working to bring the G7 allies together around, exploring something around a price cap to cap the price that can be paid for Russian oil. Which will actually target the pain more directly on Vladimir Putin and not on the rest of the world,” Deese added. “It’s why you have the president calling for here at home a temporary gas tax holiday, not only at the federal level but for states to follow the lead and take equivalent actions, as well. And it is why we are engaged with the industry, encouraging them to increase supply, increase supply of oil right now.”

What Deese and Biden don’t want to tell the American people is the Biden administration wants high gas prices to destroy the fossil fuel industry.

Taxing and regulating oil and natural companies into extinction was a promise Biden made during the 2020 campaign as part of his Green New Deal agenda.

The only way Biden can bring about his new world order where the economy relies on “green” – more expensive and less efficient – solar and wind power is to crush the oil and natural gas industries.

And now Joe Biden and his top economic aide admitted they are using Russia’s war in Ukraine to achieve that goal.