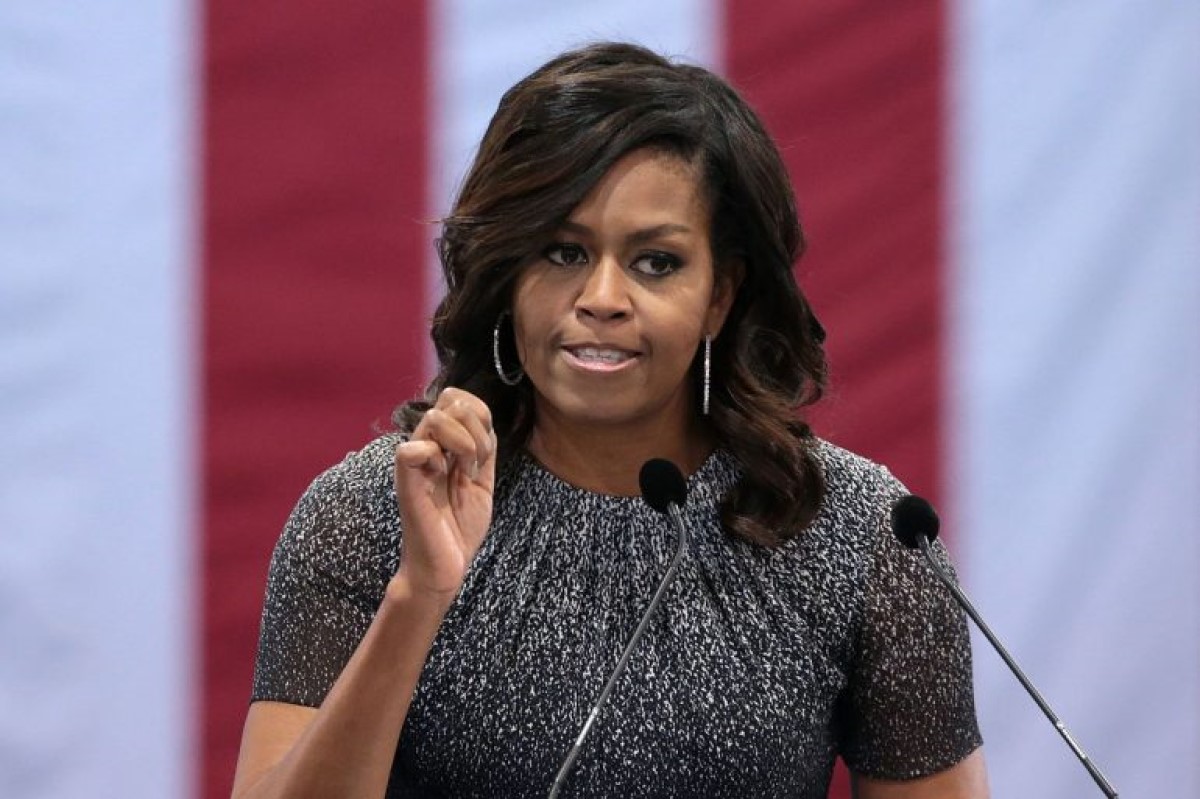 And why Joe Biden said about Michelle Obama proved one terrible truth.

Even with the help of a teleprompter Biden is unable to speak clearly.

He has mentally declined to the extent that he doesn’t even notice the mistakes that he’s making.

Biden referred to former First Lady Michelle Obama as a former vice president of the United States by accident on Saturday.

“I’m deeply proud of the work she’s doing as First Lady with [the] Joining Forces initiative she started with Michelle Obama when she was Vice President,” Biden said at a ceremonial commissioning of the U.S. Navy’s newest nuclear-powered submarine, the USS Delaware.

Even though Biden didn’t correct himself at the time, the official White House transcript edited the transcript to correct his comment.

“And I’m deeply proud of the work she is doing as First Lady with Joining Forces initiative she started with Michelle Obama when she [I] was Vice President and now carries on,” the transcript reads.

Biden was vice president for eight years under Barack Obama yet can’t recall that he held the job.

This blunder shows once again that Biden can make significant errors without even noticing.

His mistakes are an ever increasing problem in Biden’s public remarks.

While in Poland Biden appeared to advocate for a regime change to oust Russian President Vladimir Putin due to his invasion of Ukraine.

“The president’s point was that Putin cannot be allowed to exercise power over his neighbors or the region,” an administration official said less than an hour later. “He was not discussing Putin’s power in Russia, or regime change.”

During a White House event Biden used a printed cheat sheet to help answer reporters’ questions on his remarks.

“It’s more an aspiration than anything. He shouldn’t be in power. There’s no  — I mean, people like this shouldn’t be ruling countries, but they do. The fact is they do, but it doesn’t mean I can’t express my outrage about it,” Biden tried to explain closely following the notes on his cheat sheet.

It’s scary that Biden is still president and will inevitably make more mistakes.

A bus driver who made as many mistakes as Biden would be out of work and the power given in trust to Biden is far more significant.

It isn’t a partisan issue to be concerned about Biden’s faltering mental capacity when Biden holds such enormous responsibility.

This isn’t a political game when Biden’s next error could cause senseless American deaths.