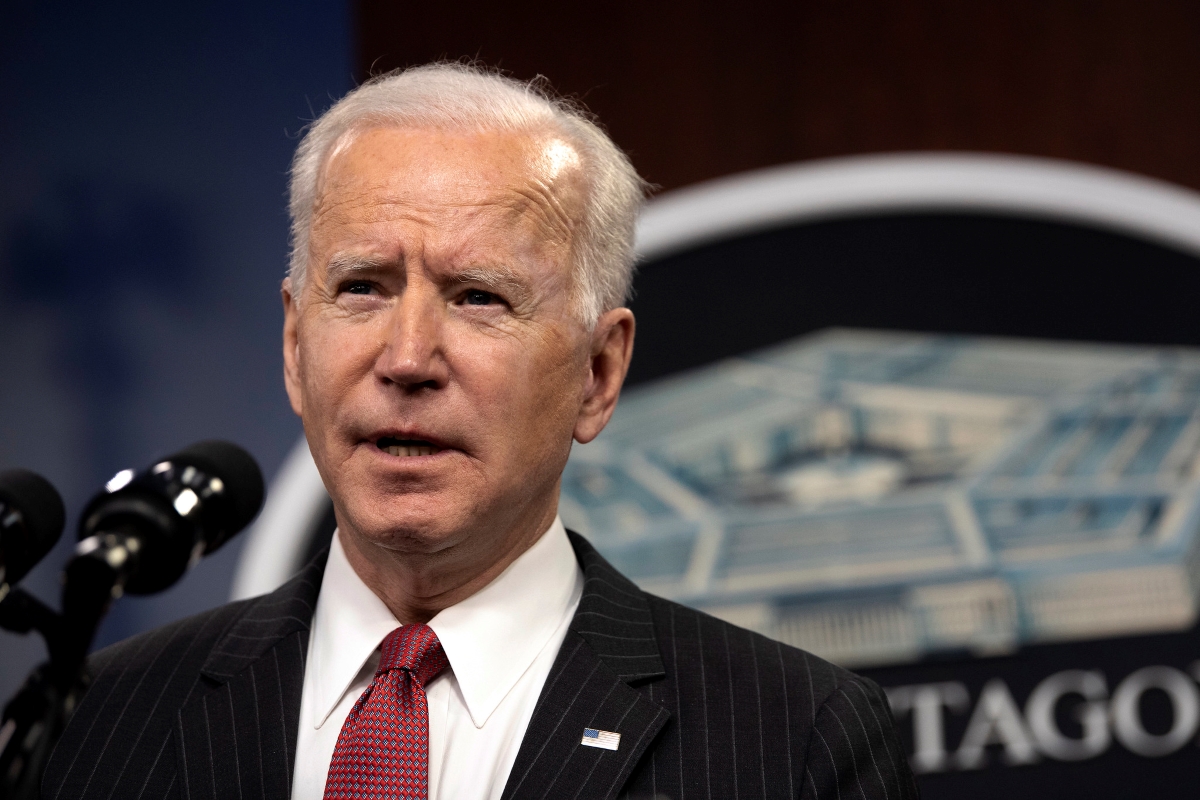 Joe Biden keeps insisting he is running for re-election.

That may not be the case.

And now Joe Biden may step down in 2024 over this massive mistake.

The biggest blunder of Biden’s time in office was pushing through trillions of dollars in new socialist spending.

Biden and his handlers thought the COVID pandemic provided Biden the opening to remake American into a cradle to grave welfare state in the model of FDR and the New Deal.

But the laws of economics are ironclad.

And those include the idea that you cannot print trillions and trillions of new dollars without devaluing the currency.

Biden and his handlers ignored this law of economics when they rammed a $1.9 trillion-dollar Blue State Bailout bill through Congress last March.

In one of the most devastating gaffes of all time Joe Biden mocked concerns about inflation claiming it was only “transitory.”

But fast forward one year and inflation spiked to the highest levels in 40 years, gas prices reach a new record every day, and the American economy is contracting.

“I think I was wrong then about the path that inflation would take,” Yellen told Blizter.

Yellen then tried to offer up the same “Putin price hike” spin that polls show the American people are not buying.

“As I mentioned, there have been unanticipated and large shocks to the economy that have boosted energy and food prices and supply bottlenecks that have affected our economy badly that I didn’t –at the time– fully understand, but we recognize that now,” Yellen added.

When asked how the administration planned to combat inflation, Yellen claimed Biden would back the Federal Reserve raising interest rates.

“For our part, President Biden is focused on supplementing what the Fed does with actions we can take to lower the costs Americans face for important expenditures they have in their budget,” Yellen stated.

But that raising interest rates to tighten the supply of money will also choke off economic growth and cause a recession.

And the Federal Reserve is even expecting an economic slowdown due to inflation.

A majority of the Fed’s 12 districts downgraded economic growth in America for the remainder of 2022.

Inflationary pressures are described as “strong” or “robust” by most districts, especially for input prices. Two districts noted that rapid inflation was a continuation of the pre-existing trend while three—Philadelphia, Boston, Richmond—said that price increases had moderated. About half of the districts reported that businesses maintain pricing power, passing on costs to clients and customers. More than half, however, cited customer pushback against the inflated prices, either with smaller order volumes or switching to less expensive brands.

A Missouri manufacturer noted that industry attitudes toward price increases have shifted, with sales staff and customers “numb” to continued increases. Some businesses in the St. Louis District said they have started to warn customers of price increases several months in advance.

Joe Biden and his team ignored the laws of economics and thought they could print trillions of new dollars in so-called “stimulus” and ride a GDP boom from reopening the economy to political wins in 2022 and 2024.

That may be one of the worst political miscalculations of all time.